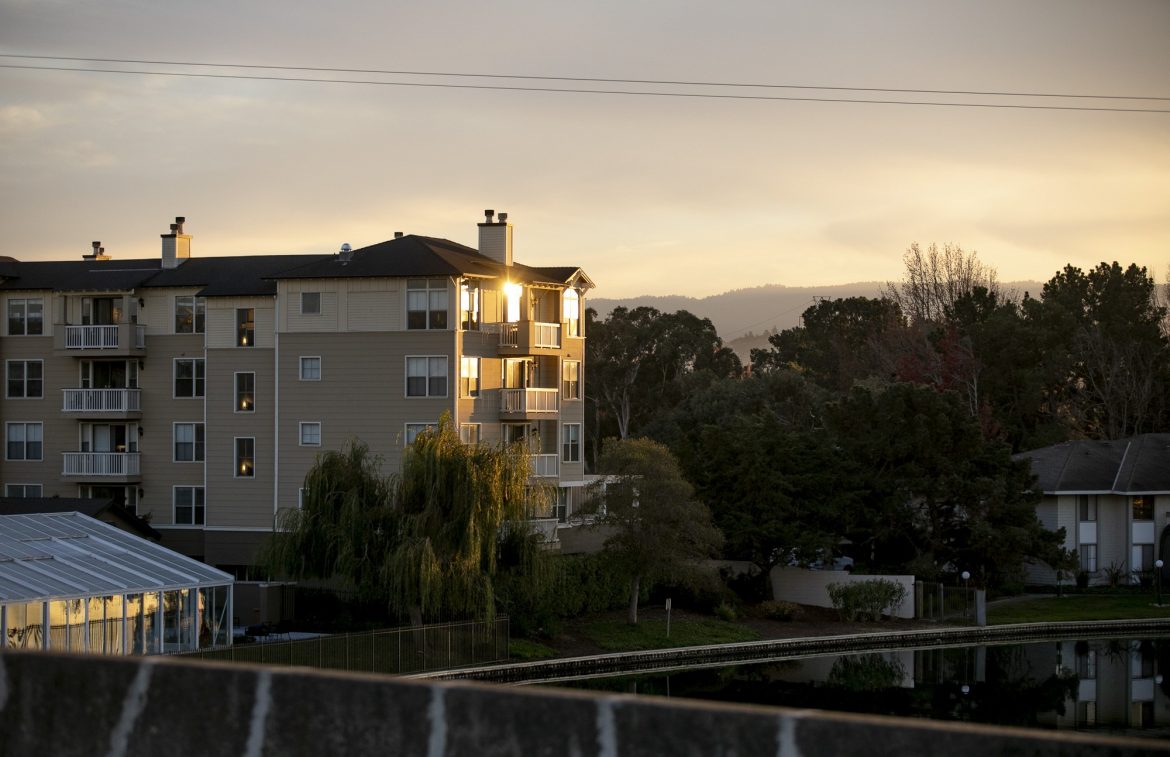 Marlin’s Cove, a housing complex with low-income units, in Foster City on Dec. 2, 2020. Federal bonds allocated toward the construction of affordable housing across California expired in 2017 after less than half of the funds had been used. Photo by Anne Wernikoff for CalMatters

The Bay Area’s regional planning agency is in the midst of setting housing goals for the better part of the next ten years while data shows cities and counties continue to fall dramatically short when it comes to building affordable housing.

Every eight years, the Association of Bay Area Governments is required by state law to determine exactly how much new housing every local jurisdiction must plan for.

However, five years of housing permit data for the current planning cycle – which ends in 2023 – shows that no city or county was even close to meeting its affordable housing goals.

“The biggest takeaway (from the data) is that no jurisdictions have met their very-low or low-income allocations, and many of them have surpassed their total allocations,” said Shajuti Hossain, a staff attorney working on regional housing issues at Public Advocates, a nonprofit law firm focused on poverty and race.

For example, from 2015 to 2019 – the first five years of the current cycle – Dublin issued 164 percent of its total housing permits goal, but that’s mostly because it issued 589 percent of its goal for above-moderate-income permits.

“A lot of jurisdictions will say, ‘We’re meeting all of our RHNA allocations, why are you worried about us?’ but they’re only looking at their above-moderate totals,” Hossain said.

Over those same five years, the Bay Area as a region fared only slightly better, with cities and counties combining to issue just 15 percent of building permits needed to meet the Bay Area’s very-low-income housing goals and 25 percent of its low-income goals, according to ABAG data.

“Unfortunately, because of systemic racism, if there’s not affordable housing in a particular city then people who are disproportionately black, Latinx and people of color can’t afford to live there,” Hossain said. “Our region is more segregated today than it was in the 1970s.”

“(The data) is telling us that the status quo is not working and that’s unacceptable,” Hossain said.

State law, however, doesn’t require local jurisdictions to actually build affordable units – it simply requires them to plan for affordable housing by updating the “housing element” within their general plans, the blueprint by which cities and counties plot out development patterns by ten-year increments.

Also, building any sort of housing in the Bay Area is painfully expensive so most affordable housing projects need large government or philanthropic grants that typically require substantial local matching funds to get approved.

Hossain, however, says she’s hopeful that the next RHNA cycle will see a greater percentage of affordable units come to fruition.

Part of her optimism stems from the fact that a new state law requires the RHNA’s housing goals to “affirmatively further fair housing” and address racial segregation and its impacts.

“I’m very hopeful that the Bay Area will now take this opportunity to live up to its reputation of being inclusive and prosperous for all,” she said.

Still, many local leaders say it’s a daunting task to build affordable housing with the limited availability of open land and without some kind of regular funding source even as the proposed affordable housing goals for the next planning cycle are substantially larger than what they’ve been in the past.

For example, the current combined goal for low- and very-low-income housing permits in the Bay Area is 75,620, while the proposed goal for both in the next cycle is 180,332.

There’s going to be some “real challenges” facing local jurisdictions trying to meet those numbers at the planning level and then to actually produce those units, said Jeff Levin, policy director for East Bay Housing Organizations, a nonprofit affordable housing advocacy coalition.

“We’ve been pushing for cities and counties to look for more local funding sources and we support housing bonds like A1 in Alameda County,” Levin said.

To help bridge the funding gap, some cities have looked to things like increasing the real estate transfer tax, creating a business tax for rental housing, requiring developers to build affordable housing as a condition of project approvals and charging developer fees that go into an affordable housing trust fund, Levin said.

Also, the Bay Area is home to the state’s first regional affordable housing financing authority, which launched two years ago with the goal of increasing funds for projects via bond measures, parcel taxes and other financing mechanism, he said.

While the COVID-19 pandemic delayed plans to put the first regional housing bond on the ballot in all nine Bay Area Counties, the agency hopes to do so in the near future, according to its website.

As for the availability of buildable land, Levin said that presents its own set of challenges.

“A lot of cities are going to pushed into doing higher density than hey have before,” he said. “We’ve got our work cut out for us.”

ABAG is expected to approve the new housing goals sometime in late 2021.