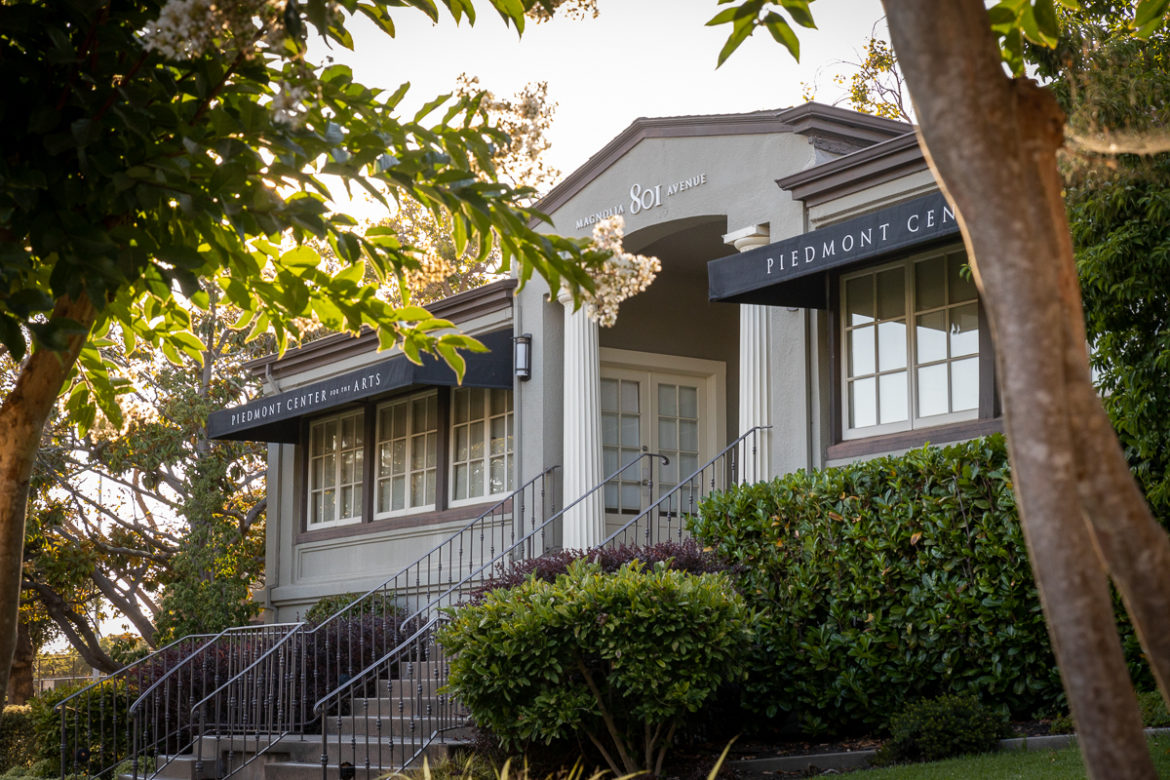 Sue Malick, president of the Piedmont Center for the Arts board of directors, said she gets inquiries almost daily about setting up performances two years and more into the future. Because such lead time is needed for many of the performers that come to PCA, having future plans secure is a must.

“We can’t promise the space if we don’t know if we can be there,” said Malick, adding that she spent over two hours Monday morning responding to requests from artists about when they could get in to perform at PCA.  “Budgeting cannot take place either if our future existence is not known.”

The Piedmont City Council’s next discussion of a proposed new lease of the Piedmont Center for the Arts building, the city-owned former Christian Science reading room on Magnolia Avenue, hasn’t been scheduled yet and is at least a few weeks away. There’s still plenty of back-and-forth around town about whether the proposed seven-year, $1-a-year lease agreement allows the city, and the community, to get maximum use from the facility.

Malick said the city is getting considerable benefit from the PCA, bringing high-level musical performances and lessons, and art exhibits, to the city. The PCA has, over the years, also made significant improvements to the 801 Magnolia building.

“We are the only location in town with adequate wall space for art exhibits and acoustics suitable for performances,” she said.

On Nov. 16, the Piedmont City Council approved, on first reading, a second lease for the PCA to occupy 801 Magnolia. The lease, if approved on second reading, will continue at $1 a year.

The new lease was originally proposed to run for 10 years, but was modified to be a seven-year agreement. The soon-to-expire lease calls for PCA to use its portion of the building “for the purpose of operating a venue for exhibits, performances, concerts, and other similar events or activities for the benefit of the local community.”

The pending new lease also includes some new conditions, mostly involving increased public access to the 801 building. This access could take the form of scheduling private non-arts-related rentals that don’t adversely impact scheduled PCA events or programs. These changes would let the city collect, and keep, the rent from a wider variety of users there, not necessarily arts-related.

But a sizable local contingent has said it favors even greater city oversight of the 801 building than what’s called for in the preliminary new lease. They also have favored a more robust public discussion about how the 801 building should be used, a discussion they say there is plenty of time for, given that the existing lease doesn’t expire until June.

“What I want is a public hearing about 801 (Magnolia) at large, not just the lease,” said former City Councilman Garrett Keating, a critic of the lease as proposed. As for the new lease itself, Keating said that it gives greater authority to the PCA board to screen the events that the city wants to bring in. He considers the new lease “a step backwards” from the one about to lapse.

“As best I can tell, use of the building and lease renewal were not discussed at any public meeting before the first reading.” That, he said, means city administrators — first Paul Benoit and later Sara Lillevand — initiated the lease renewal process without direction from the City Council. In Keating’s view, he said, that is an abuse of power.

“I understand that PCA wants to preserve the ambiance of the place but it needs to share the space with the community,” Keating said.

The 801 Magnolia building hosts a handful of city offices as well as the Piedmont Post newspaper, the only “sub-tenant,” Malick said.

While not contained in the Nov. 16 lease agreement, a city staff report says the PCA has made a commitment to transparency as well as to further diversification of arts programming and to seeking input from various community organizations. PCA leaders, the report said, have been talking with the Piedmont Anti-Racism and Diversity Committee, the Piedmont Racial Equity Campaign and the Piedmont Asian American Club about future program bookings.

Malick said she’s frustrated with what she calls disinformation about the PCA, including assertions that the organization isn’t operating as a true nonprofit, and that it’s making money “hand over fist.”  Also irritating to Malick, she said, is that none of the new lease’s more outspoken critics is aware of arts management issues or “how running an arts center is different than renting a venue for a wedding at the Community Center.”

On Jan. 7, Malick sent an email to local arts supporters titled “A Call to Action,” asking them to send letters in support of the new seven-year lease agreement to the City Council. The email states that the council’s approval of the lease on second reading is not certain.

“A robust campaign of disinformation has left many in our community confused,” she said.

“The city knows they cannot duplicate what we can provide,” Malick said. “We operate on a shoestring – no employees, all-volunteer, down to scrubbing toilets.

”I have never been on a board where the members gave so much of their time and expertise,” Malick said.

The Nov. 16 council vote was a split one, 3-2 in favor of approval. Then-Mayor Robert McBain, new Mayor Teddy Gray King and Councilwoman Betsy Smegal Andersen approved the new lease deal, saying it both preserves the PCA’s primary arts mission and gives the city added control and latitude over what events can be booked there.

New Vice Mayor Tim Rood and Councilmember Jen Cavenaugh voted no. Rood had questions about the lease itself, and both said there had been insufficient public discussion about it ahead of that Nov. 16 vote.

McBain has since left the council, and Conna McCarthy has joined. How that will affect the vote, or whether anyone will change their vote, is yet to be seen.

Lillevand said the second reading for approval of the lease agreement hasn’t been scheduled. It won’t be on the agenda for the City Council’s next meeting, she said, which takes place Tuesday night.

(Note: An earlier version of this story said the next city council meeting would be on Monday — which is a holiday.)