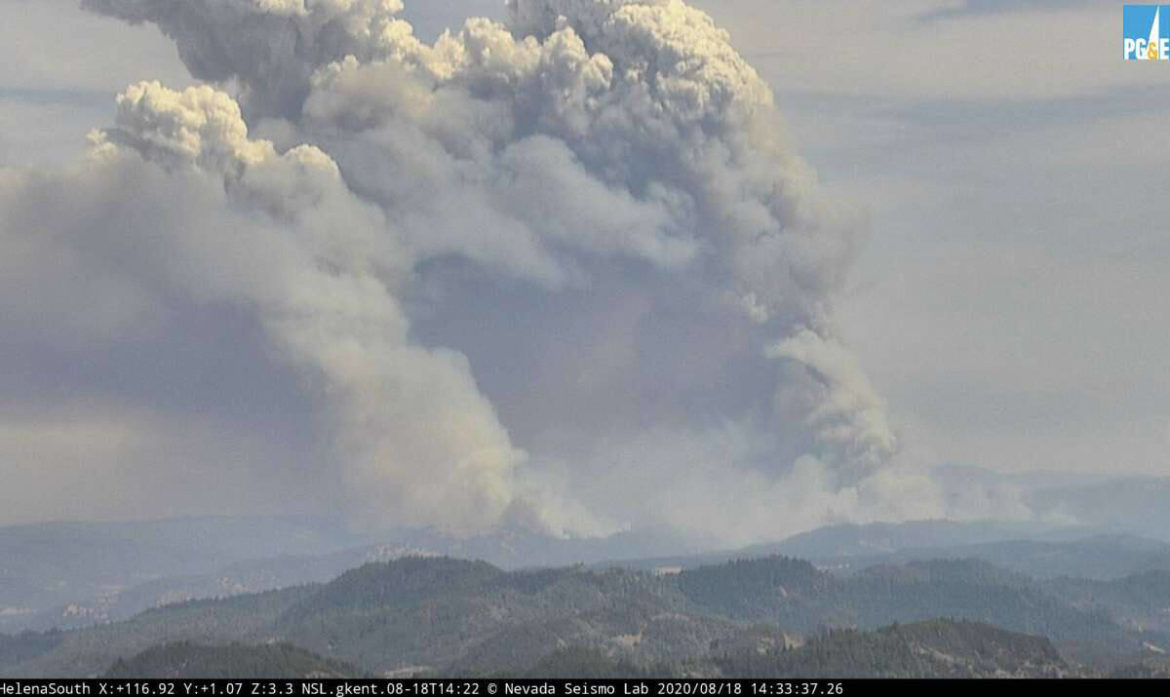 The LNU Complex of fires, started by a barrage of lightning strikes, is now burning in five counties — Sonoma, Napa, Solano, Yolo and Lake, Cal Fire officials said Wednesday. Thousands of people have been ordered to evacuate – an exact number was not immediately available, but up to 12,000 in Sonoma County alone have been told to leave their homes for safety.

Together, the fires have burned an estimated 46,225 acres. At least 50 structures have been destroyed, 50 others damaged, and 1,900 are threatened. Roughly 575 firefighting personnel are battling the blazes, according to Alex Bourriague, a staff member at the Cal Fire call center in St. Helena. There have been no firefighter injuries reported.

Because of the direction of the winds, areas to the south of active fires are of most concern, and most liable to be ordered to evacuate, Cal Fire officials said. “If there’s an evacuation order, adhere to that order,” said Sean Kavanaugh, a Cal Fire statewide incident commander who is overseeing the LNU Complex firefighting effort.

Kavanaugh added, “If you feel any type of threat at all, make that decision please to leave your home.”

Kavanaugh said the weather Wednesday — with extreme heat and the potential of hot, dry winds — will work against firefighting efforts. “We’re in this for a long haul,” he said.