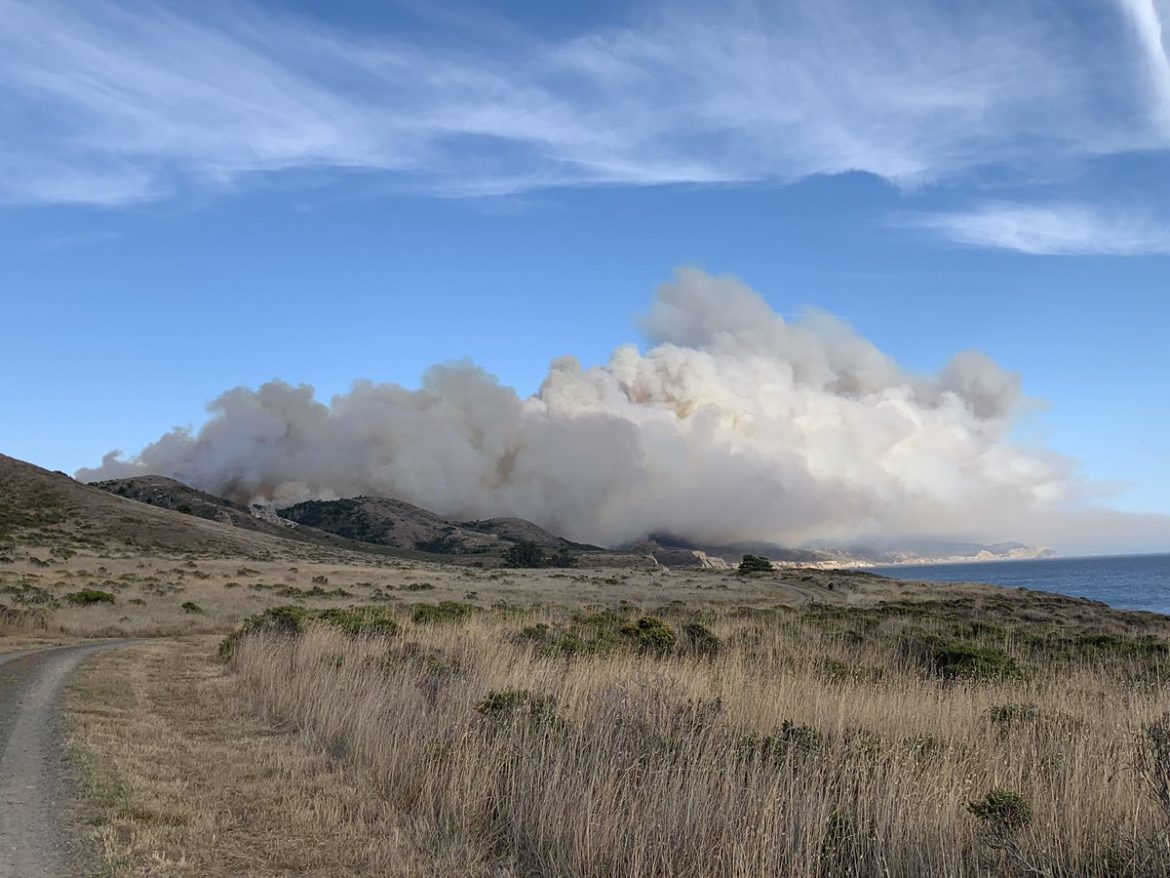 A wildfire named the Woodward Fire has burned at least 700 acres with zero percent containment Tuesday night in part of the Point Reyes National Seashore and has sent smoke elsewhere in Marin County and south into the San Francisco area, according to the county Fire Department.

Marin County Fire Department crews first responded at 4:27 p.m. to the fire just south of the Woodward Trail, located a few miles west of the Bear Valley Visitor Center in Olema and about a mile inland from Limantour Beach.

The flames had spread over an estimated 200 acres by 7:30 p.m. and continued to grow with winds reported of up to 40 mph later in the night, fire officials said. No structures have been damaged in the blaze and no injuries have been reported. Lightning is suspected as the cause of the fire, according to Fire Battalion Chief Bret McTigue.

The wildfire is one of many burning around the Bay Area Tuesday night following a thunderstorm that came through the region over the weekend.