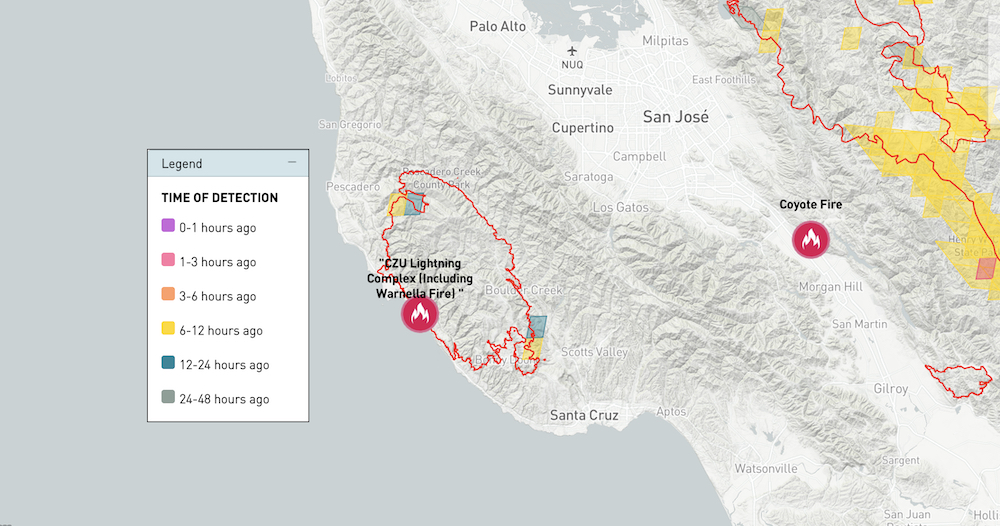 The CZU Lightning Fires in San Mateo and Santa Cruz counties have burned more than 74,000 acres since they were first started by a dry-lightning strike this past Monday, Cal Fire said Sunday night.

Containment was listed at 8 percent as of 7 p.m. Sunday. So far one person has died in Santa Cruz County, and 131 homes and three commercial properties have been destroyed in both counties, Cal Fire reports. More than 24,000 structures remained threatened Sunday night; damage inspection teams have begun to survey areas where fire activity has diminished, and the number of structures destroyed may well go up and the inspection teams make progress.

And as with the other major fires burning in the greater Bay Area, the prospects for relatively quick containment seem remote, with a Red Flag Warning remaining in effect through 5 p.m. Monday for dry lightning and gusty erratic winds that firefighters fear might help the existing fires to grow.

Several communities have been evacuated, and the total number of evacuees in both counties stood Sunday night at 77,000.