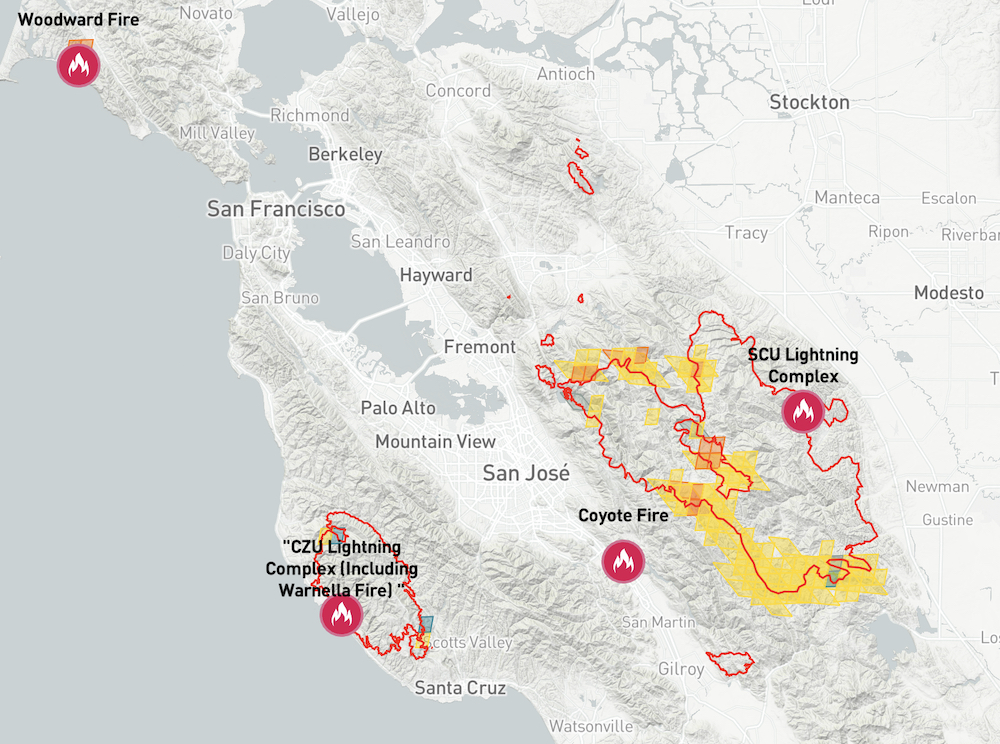 Firefighting officials said Sunday afternoon they have no idea how long the SCU Lightning Complex fires will continue to burn, but that they’re settling in for a long battle.

“This is an absolute marathon that we are embarking on, and we’ll have to set manageable paces,” said Jake Hess, a Cal Fire SCU Unit Chief during a news conference Sunday afternoon.

Neither Hess nor other firefighters at Sunday’s press conference would venture a guess as to how long it would take to put out what on Sunday afternoon was a blaze that had consumed almost 344,000 acres across parts of seven counties – Alameda, Santa Clara, Stanisalus, San Joaquin, San Benito, Merced and Contra Costa – with 10 percent containment as of 7 p.m. Sunday.

The Contra Costa fires, which burned about 1,500 acres on the east side of Mount Diablo near Brentwood, were largely out by Friday morning. But the fires in the rest of the SCU Lightning Complex fires (so named for Cal Fire’s Santa Clara unit) have picked up steam, if anything, officials said Sunday. A series of new mandatory evacuations were issued at 3 p.m. Sunday, effective immediately, mostly in Santa Clara County.

The most active areas within the SCU Lightning Complex, said Tim Ernst, a Cal Fire section chief, are the Calaveras zone in the rural areas east of Fremont and northeast of San Jose, and the southeastern areas in Stanislaus and Merced counties.

Hess and others said that saving lives is priority one at this point, though firefighters are still prepared to defend residences. Many mandatory evacuation orders are in place, as are a number of evacuation warnings. “Please, please, look at these evacuation warnings and listen to them,” Hess said.

Firefighters are exhausted, said Jeff Veik, another Cal Fire chief. “We’re challenged for resources all over California and the western United States. We’re one team, one fight.”