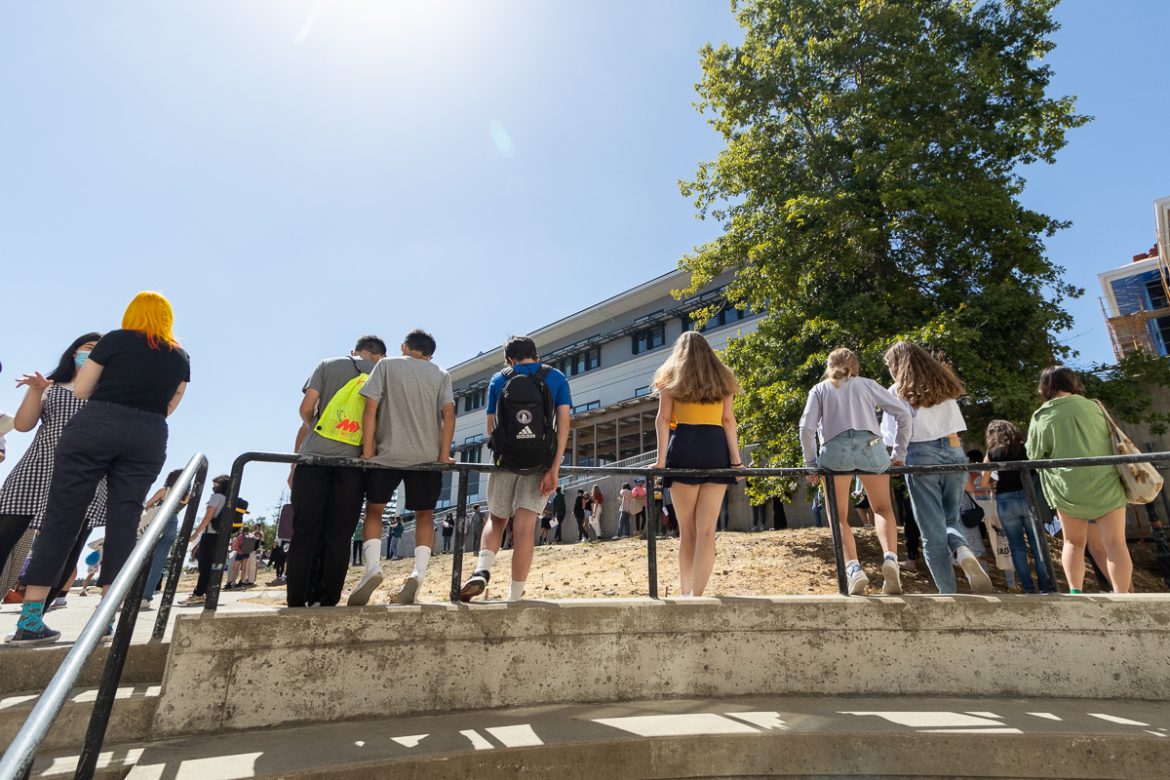 PHS and MHS students in the Quad

A drug-related incident over the weekend involving Piedmont High School students prompted the school district to send emails to families on Monday night warning of the dangers of both “rainbow fentanyl” pills and the possibility of fentanyl being mixed with other medications and substances.

In a social media post on Jan. 24, the Piedmont police department described the incident that spurred the alert:

On Friday, January 20, at 11:30 p.m. Piedmont police officers and firefighters were dispatched to Greenbank Ave. for a person suffering from the effects of illegal narcotic consumption. Upon arrival, they located a 17-year-old who had ingested psilocybin, commonly known as “mushrooms,” along with two friends. The consumption had occurred at Linda Beach Field a few hours earlier.

The party in distress was transported to the hospital. The other two subjects were interviewed and stated they were not feeling the effects. During the initial investigation, officers discovered the mushrooms possibly came from another PUSD student.

The officers confiscated the remaining mushrooms. Those mushrooms have been sent to the toxicology lab for testing to identify the complete narcotic makeup. Although the involvement of the drug fentanyl has not been confirmed in this case by our department, it is not uncommon for narcotics and other substances to be laced with fentanyl. This situation poses an extreme danger to individuals, and we encourage parents to discuss this reality with their children.

The first PUSD email erroneously stated that students had access to rainbow fentanyl — brightly-colored pills of the synthetic opioid — but a follow-up email clarified that the incident involved mushrooms “that may have been laced with fentanyl or acid”.

In the email, interim Superintendent Donald Evans said “I will be meeting with our secondary school administration to discuss speaking with our students about the dangers of fentanyl, as well as the possibility of it being mixed with other medications and substances without their knowledge. I will update you on our progress as soon as possible.”

Last fall PUSD and the city of Piedmont shared the California Department of Health’s warnings about the spread of rainbow fentanyl in the state. Drug dealers are now also mixing it into other drugs and medications — people who overdose on fentanyl sometimes think they are consuming less dangerous drugs. Accidental overdoses involving fentanyl have been on the rise in the Bay Area for several years. (See: “One pill can kill: Tragic teen deaths spur California schools to finally battle fentanyl crisis”, San Francisco Chronicle, Nov. 4, 2022.)

Fentanyl was responsible for a staggering one-fifth of the nearly 4,000 deaths among Californians ages 15 to 24 in 2021, a sevenfold increase from 2018, according to a Mercury News analysis of preliminary data from the California Department of Vital Statistics. In December, the Santa Clara District Attorney arrested a fentanyl drug dealer who was targeting Los Gatos High School students, according to the East Bay Times.

According to the CDPH, fentanyl is a “potentially fatal drug found in pills and powders in a variety of bright colors, shapes and sizes.” Fentanyl is a synthetic opioid that is more potent than heroin and morphine. Just two milligrams of fentanyl – the equivalent of 10 to 15 grains of table salt – is considered a lethal dose.

Signs of opioid overdose and who to call

Anyone who encounters fentanyl in any form should not handle it and should call 911 immediately. In addition to the Piedmont Fire Department’s ability to respond, all Piedmont police officers carry Naloxone, a life-saving medication used to reverse an opioid overdose, according to information on the city’s website. PUSD says it has naloxone on its campuses, and staff is trained on recognizing signs of an opioid overdose, administering naloxone, and providing followup care.

Health officials advise learning how to recognize the signs of opioid overdose. Look for:

It may be hard to tell if a person is experiencing an overdose. If you aren’t sure, treat it like an overdose and call 911 immediately.

For more information, see facts about fentanyl from the CDC.

One thought on “PUSD sends drug warning email to families”