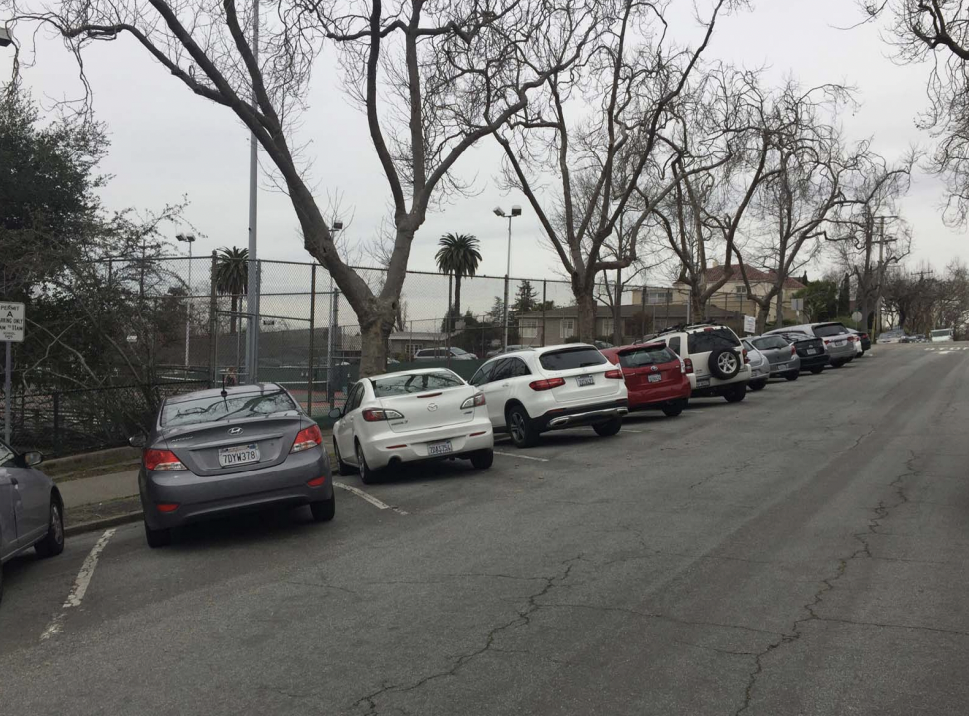 City of Piedmont (from 2019 staff report)

All parking on Bonita between Magnolia and Vista will be removed for the duration of pool construction.

Good news, bad news: Construction of the new Piedmont Community Pool is scheduled to start on Jan. 27, but parking and traffic flow changes in the downtown Civic Center area — where four schools and most city facilities are concentrated — is sure to cause some headaches in the coming months. The City Council approved the changes on Tuesday but councilmembers and city staff acknowledged the transition could get messy, especially during peak school drop-off and pick-up times. PUSD informed families of the impending changes by email on Jan. 19 and asked that families and students walk, rather than drive, to the PMS, PHS, and MHS campuses starting Jan. 27.

Piedmont Police said at the city council meeting they would be on alert and less forgiving of traffic infractions going forward. (Editorial note to parents and caregivers dropping off or picking up kids: Don’t double-park, make illegal u-turns across Highland or Bonita, or in front of the Fire Department. It was clear from the meeting that the police department has had enough of careless driving behavior and would be ticketing drivers more often.)

The city issued the following advisory on Jan. 19:

Parking, traffic, and access Impacts
Starting Jan. 27, the city will make the following changes on Bonita Avenue between Magnolia and Vista Avenues:
• All parking on this block will be removed for the duration of pool construction.
• Portions of the sidewalk will be closed.
• Construction site fencing will be placed in the middle of the roadway. This block of Bonita Avenue will continue to support one lane of traffic.
• There will be no access to the tennis courts from Bonita Avenue. During pool construction, you can access the tennis courts through the gate at Vista Avenue.

Construction work will not directly impact access to schools, homes, or businesses in the area.

What to expect during construction
• Construction work will take place between 8 a.m. and 5 p.m., Monday through Friday. There will be occasional weekend work during the project, which will be approved by the City on a case-by-case basis.
• Contractors will provide street and sidewalk directional signage and flaggers while construction vehicles are entering and leaving the site and during deliveries.

Stay informed
Get future updates about parking, traffic, and other area impacts during pool construction by email by subscribing to our Community Pool Construction Updates mailing list at piedmont.ca.gov/PoolConstructionNews.