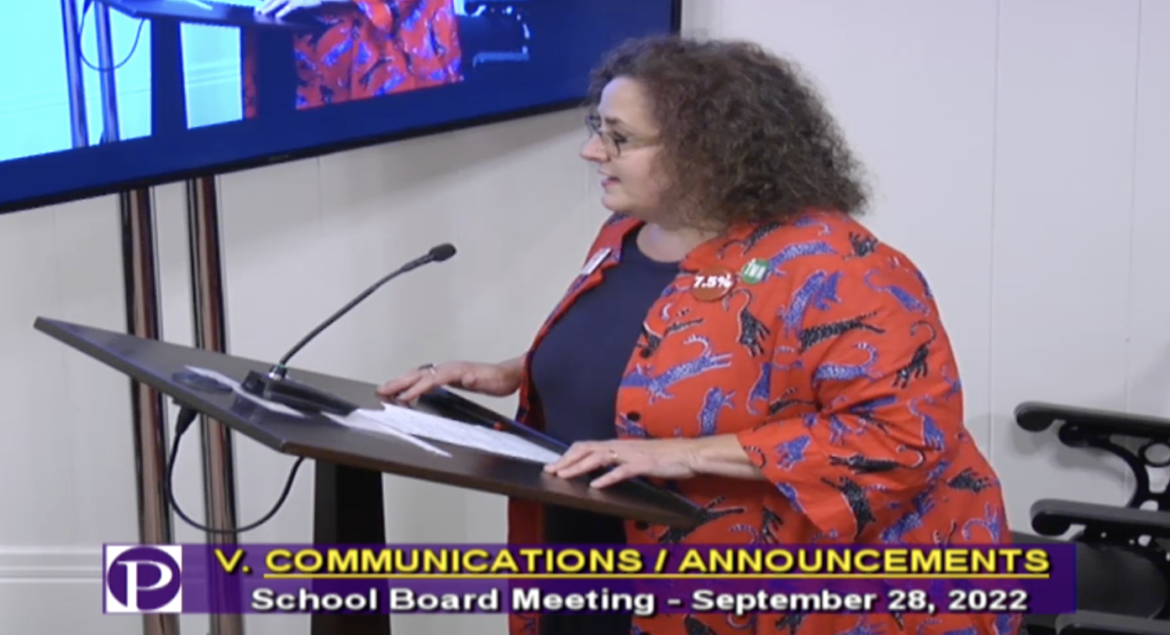 At Wednesday night’s school board meeting, APT President Dr. Elise Marks announced that APT and PUSD had reached a tentative agreement on teacher salaries. The new agreement would give teachers their requested 7.5% COLA salary increase, plus a one-time $1,500 bonus and an average increase of about $800 in health benefits. The two sides have been meeting since March to come to terms, and teachers have made personal appeals to the Board to highlight the stress their profession has been under due to the high cost of living in the Bay Area.

“This is the life preserver that we asked for,” Marks said. “It is — a life preserver. There is considerable work to be done, especially with our health benefits. But for tonight, just the positive — this is very good news.” Marks thanked the Board, the administrative bargaining team, parents, and students for their support.

In a social media post on Thursday, Marks noted that the $1,500 bonus was a compromise from the $4,000 in one-time money APT had asked for to offset inflation. She said going forward PUSD would need to find a more sustainable way to attract and retain teachers as other comparable school districts have been able to offer higher COLA increases. The urgency of this issue has not been lost on candidates running for the Board of Education — all of whom have cited teacher retention as a priority in their campaign materials and in public forums.

Board President Cory Smegal highlighted Chief Financial Officer Ruth Alahydoian’s role in making a deal possible. “This was a Herculean effort by Ruth, who has been burning the candles on both ends to make this happen.”