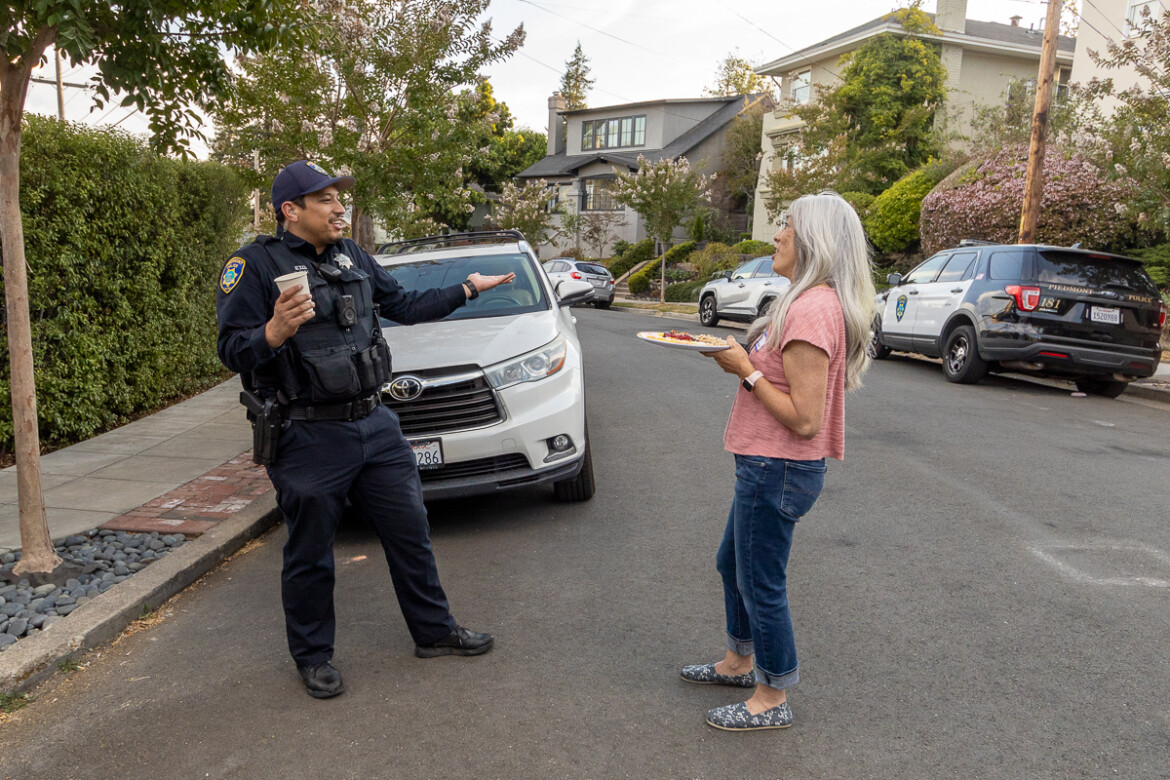 On August 2, Piedmont police officers and fire fighters joined block parties around town as part of the annual community event, National Night Out.

The first annual National Night Out was in August 1984, an outgrowth of a police Community Watch program in a suburb of Philadelphia. That first Night Out involved 2.5 million people in 400 communities in 23 states. It has now become an established program across the country.

In 2017, the Piedmont’s first year taking part, the NNO organization honored Piedmont with its nationwide equivalent of the “Rookie of the Year” award for its robust community participation and “the degree to which our neighborhoods came out,” Bowers said in 2019. Piedmont did not host an event in 2020 due to the pandemic and COVID restrictions around gatherings that year.