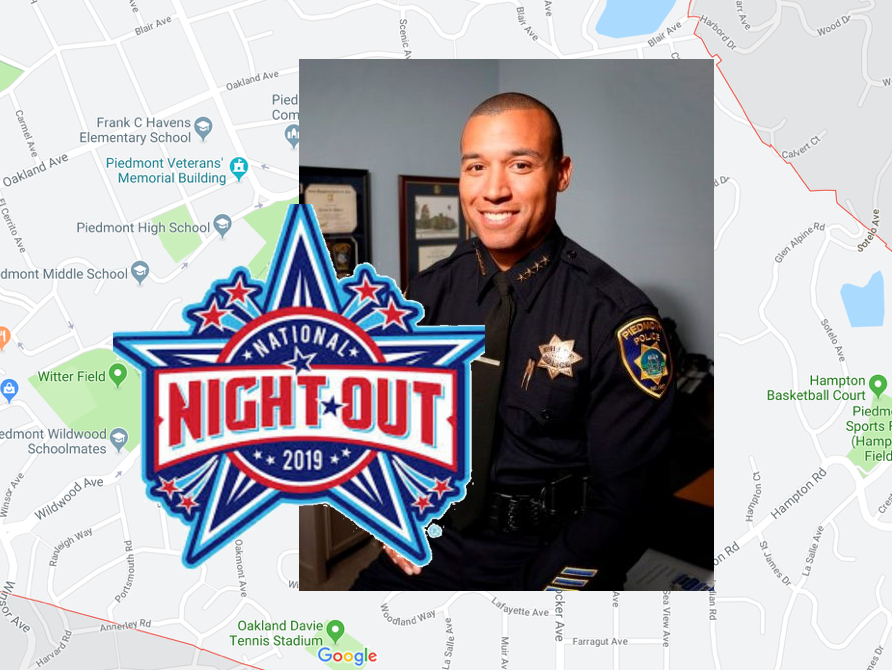 PIEDMONT — Police Chief Jeremy Bowers acknowledges Piedmont is a relatively close-knit community. But that doesn’t mean everyone is talking with each other all the time.

The goals of National Night Out are multiple, and straightforward — the various events bring neighbors together with one another, fostering a sense of community and shared concerns about crime threats in their neighborhood.

The events also give residents a chance to personally connect with police officers, and to make a public showing (including to prospective criminals) that people in a given neighborhood care about crime prevention.

“This gives people an opportunity to get to know us (police officers) as people,” Bowers said. “People may not think we’re easy to approach, or might not have occasion to simply walk up to us and start talking.” But such interaction is exactly what National Night Out is for, he said. Conversation is about specific crimes, general preparedness, or more general quality-of-life issues, Bowers said.

And residents fortify relationships with one another … which, in turn, often results in more neighbors looking after one another.

Kathleen Winter, with her husband Vern, is hosting a casual get-together at their Selborne Drive home, “with drinks and light nibbles.” They’ve never hosted, or attended, such a gathering, but they’re looking forward to it.

“Any opportunity to further the rapport between police and residents is great.”

Resident Kathleen Winter, host of one of Piedmont’s NNO gatherings

“That rapport is already there, but any chance to make it better is great.” It’s also a good chance for neighbors, especially new ones, to meet, Winter said.

The first annual National Night Out was in August 1984, an outgrowth of a police Community Watch program in a suburb of Philadelphia.

It didn’t take Piedmont long to get into the spirit of National Night Out.

In 2017, the city’s first year taking part, the NNO organization honored Piedmont with its nationwide equivalent of the “Rookie of the Year” award…

…for its robust community participation and “the degree to which our neighborhoods came out,” Bowers said.

“And that interest has sustained,” Bowers aid. “It hasn’t waned at all.”

Piedmont events are scheduled to run from 5 p.m. to 8 p.m. Tuesday. For more specific Piedmont event information, contact event organizers Sgt. Nicole Bolden at nbolden@piedmont.ca.gov or police dispatcher Erica Iñiguez at einiguez@piedmont.ca.gov. For  information on the National Night Out program, go to https://natw.org/