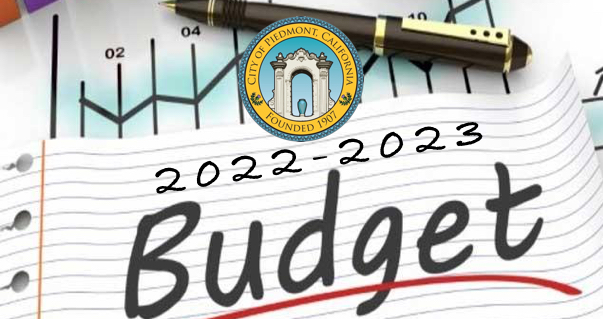 The slightly smaller 2022-23 overall budget, pored over at length at the June 6 City Council meeting’s first reading, is a reflection primarily of lower property-related tax revenue. And while the city’s heavy reliance on property tax-related revenue has mostly been a stabilizing advantage over the years, city officials said on June 6 that the high rate of inflation, and higher interest rates that have already occurred, may well mean fewer home sales in coming years. That would adversely affect house sales, and thus the city’s budget.

Monday’s approval calls for $33,864,402 in General Fund expenditures, an increase of 7 percent from 2021-22 expenditure levels. Sixty-four percent of that is ticketed for personnel costs.

With no changes from the various numbers presented on June 6, there was little discussion of the 2022-23 budget on Monday night, other than for Mayor Teddy Gray King and Councilmember Betsy Smegal Andersen to compliment city staff — notably Michael Szczech, Piedmont’s finance director, and City Administrator Sara Lillevand — for its work to create the new budget.