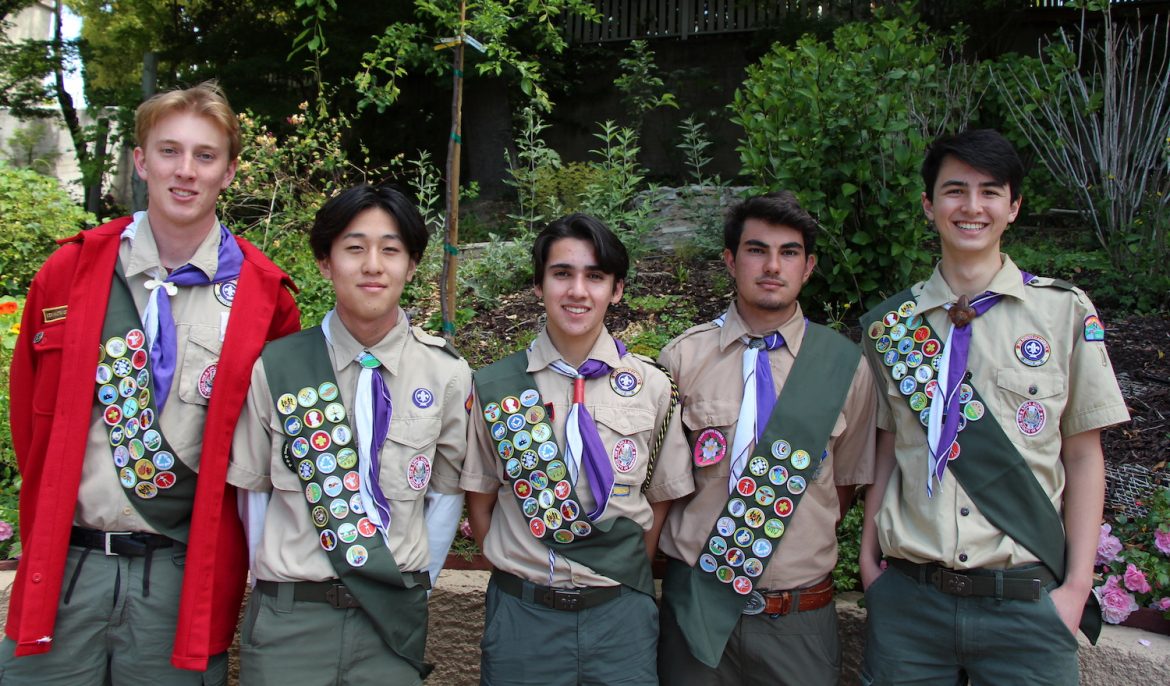 The Eagle scouts each completed a project that required them to conceptualize, plan, fundraise, assemble a team, and implement. A summary of their projects is as follows:

In addition, Troop 1 scouts will present “The Four Winds,” a troop tradition. The Eagle scouts will light 12 candles to symbolize the characteristics cited in the Scout Law, and the ceremony will end with each Eagle scout remarking on their personal journey in scouting and why it has been significant to them.

Through its six local troops, Piedmont Scouting has a long tradition of shepherding youth through the years-long effort to achieve Eagle scout status, which is the most prestigious achievement a scout can achieve.