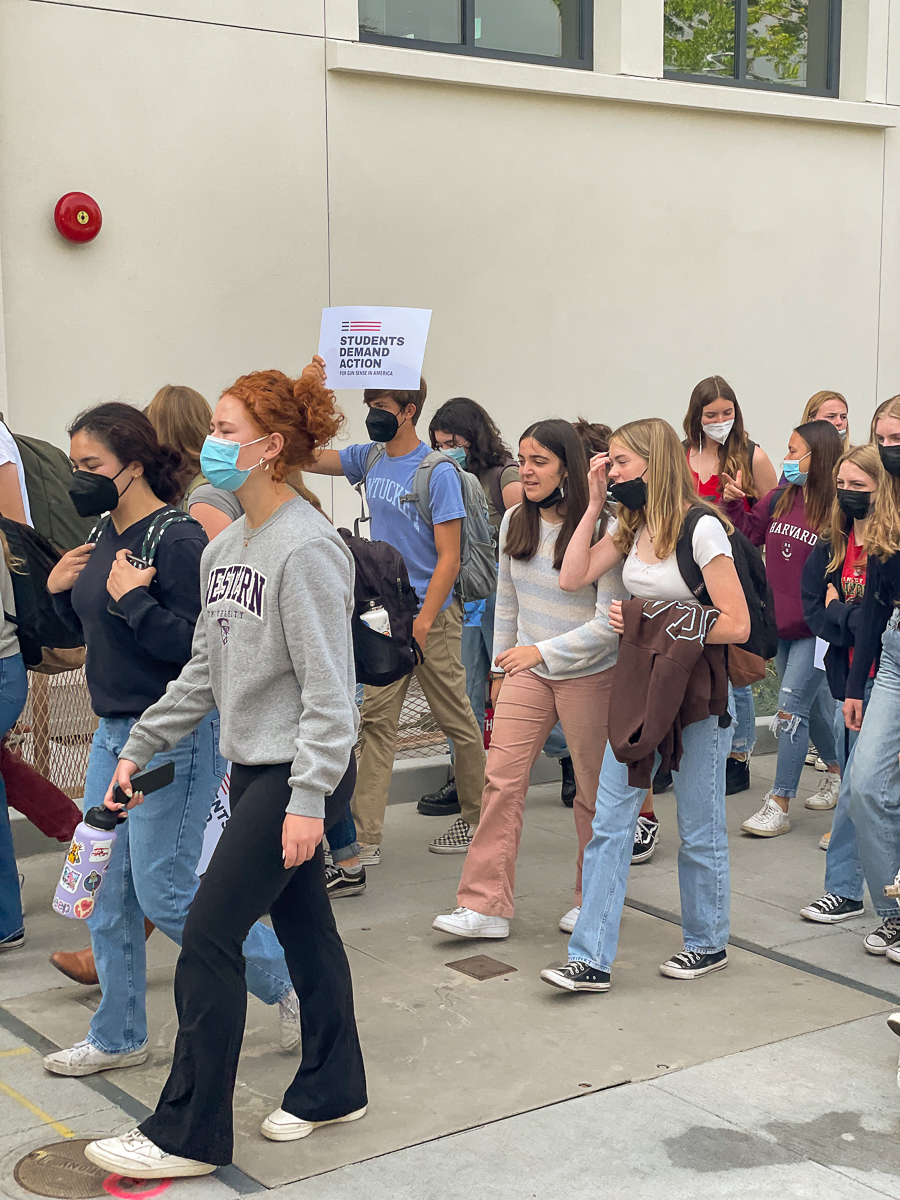 Students across the country were spurred to action after the latest school shooting in Texas on May 24, staging walkouts 48 hours later to protest the ongoing gun violence crisis in this country.

The Piedmont walkout was organized by Odessa Dando and Aryana Fisher, Piedmont High School juniors and co-presidents and co-founders of the local Students Demand Action group, an offshoot of the national organization, Everytown for Gun Safety. Dando said they officially started the local chapter at the beginning of this school year, and the group now has around 50 members who write letters and emails to legislators across the country in support of gun violence prevention laws.

“We were talking about the response [to the Robb Elementary School shooting in Uvalde] in English class with Mr. Barlin on Wednesday, especially how infuriating it is that we are living through this again.” Dando said. When the national Students Demand Action group issued a call for a countrywide student walkout, she and her friends reached out to ASB, school administrators, and used social media to organize the protest in 24 hours.

“We are students, this should not be our fight,” said Dando. “The string of mass shootings has been horrific, and what makes this even more tragic is that we don’t talk about the 110 people killed daily and the 200 more wounded. We need leaders to do their jobs and protect lives from gun violence.”

Gun violence overtook car crashes in 2020 to become the leading cause of death in children and teens, according to a new report by the University of Michigan published in the New England Journal of Medicine on April 20.