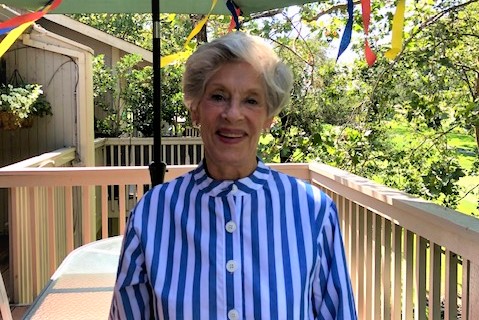 Connie Shapiro was gratified to read recently about the women who are leading Piedmont — that all 10 of the city’s elected positions are filled by women.

Shapiro said she’s proud to have helped pave the way for them — she was the first woman elected to the Piedmont City Council in 1974 and then became the city’s first female mayor in 1978.

“I was very pleased to hear about this,” Shapiro, now 81, said last week from her home in San Francisco. “To think about how things have changed, it’s just fantastic. It’s just amazing.”

This isn’t to say women weren’t politically active in Piedmont before 1974 — they absolutely were, Shapiro said, on volunteer committees and various civic groups. But when Piedmont was in danger of losing its contract with the city of Oakland for library services, she decided it was time to raise the stakes.

“We were without library services for a time, and that’s the issue I ran on,” said Shapiro.  “I had the enormous support of five community-minded women who successfully managed my campaign from start to finish.”  She was in her early 30s at the time. She was re-elected in 1978, the year Alice Creason was elected to the council as the second woman.

Shapiro was selected by her council mates as mayor in 1978, but that selection wasn’t unanimous.

“When it was my time to be mayor, there were men on the council who said I couldn’t possibly be mayor because I was a woman,” Shapiro recalled. But she ultimately got the support of three of the other four council members. With the election of Helen Herbert in 1980, the Piedmont City Council for a couple of years had three female members.

She said the fact she was a woman didn’t generally affect her ability to gain cooperation, from council colleagues or others, to get things done on the council.

“When I was there, I didn’t generally get disrespected … but at first it was an anomaly that there was a woman on the council,” she said.

Shapiro termed out in 1982, and went on to a career working as an administrator for nonprofit agencies, including stints as interim executive director with the Oakland Ballet, the Bay Area Ridge Trail Council, the San Francisco Estuary Institute and the Oakland Metropolitan Chamber of Commerce. She also served as chairwoman of the Oakland Public Library Foundation, bringing things full circle, in a sense. She retired in 2006 from Coro Northern California, a nonprofit with programs teaching young adults leadership and public affairs skills.

These days she is a partner in the Nonprofit Consulting Group, which provides consulting assistance to small nonprofit groups, and typically works part-time hours with that group.

Piedmont, she said, will always hold a place in her heart.

“By and large, the people of Piedmont care so much about the quality of education, public safety, parks … It’s a very special place to live.”

Editor’s note: We stopped by City Hall recently and noticed that a resident named Claire MacLeod was listed on the wall as serving on City Council in the early 1950s. Claire or Clair were once traditional male names, but if one of our readers knows otherwise, please send us a note at news@piedmontexedra.com and we will update our article.