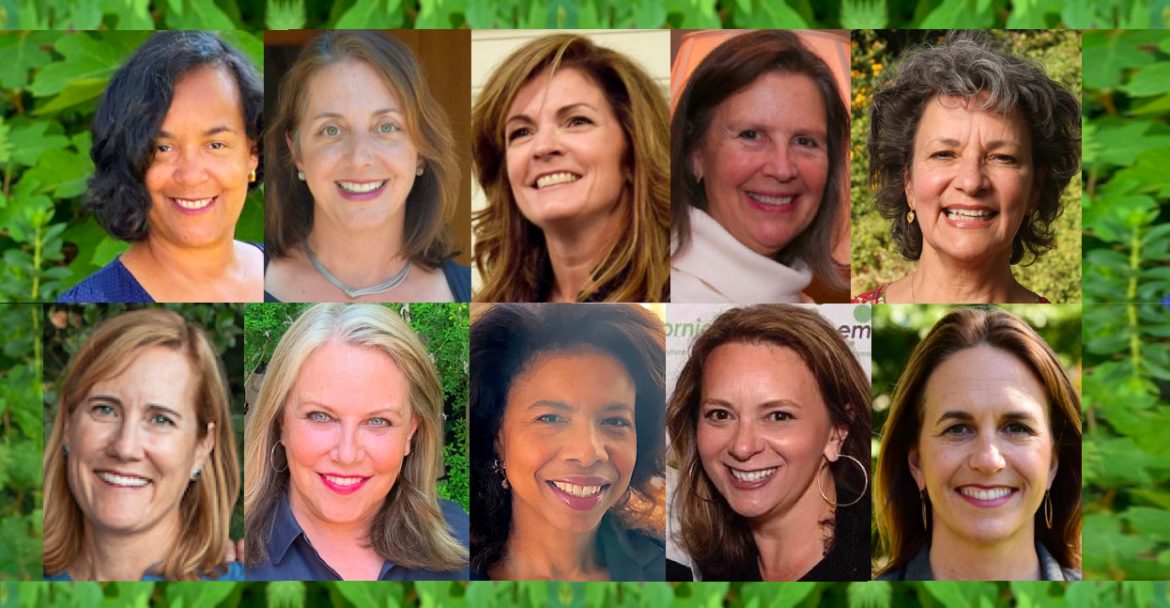 Jen Cavenaugh said one reason she ran for a Piedmont City Council seat in 2016 was to show her daughter — and other girls — that women can step up and attain leadership positions and make things happen as readily as men.

“I wanted girls to see a role model running for office; that was part of my campaign,” she said.

After her council win in November 2016, there were six men and four women holding elected office in Piedmont, on the council and on the Piedmont Unified School District board.

At the time, “we felt like women certainly needed to have a greater voice in local leadership,” said Cavenaugh, who is now Piedmont’s vice mayor.

Fast forward five and a half years, and women now have all the voices in Piedmont’s elected leadership, as Cavenaugh is one of 10 women serving on those same two bodies.

It is the first time in Piedmont’s 115-year history the City Council has been made up entirely of women. The Board of Education’s last male trustee rolled off in November 2018 and the board has been all-female since then.

The Center for Women in American Politics reports that 30.5 percent of municipal office holders in American communities of 10,000 or more residents as of 2021 are women. Of that number, 407 mayors in cities of at least 30,000 people (25.1 percent of the 1,621 mayors counted) are women.

All-woman city councils are still unusual in California and nationally, though not unprecedented. In California, Pacifica had an all-woman council in 1992, Blue Lake (in Humboldt County) briefly in 2017, and Los Altos from 2018 until 2020.

But Piedmont’s five-woman council roster, filled out when Jennifer Long was appointed in February to the seat left vacant by Tim Rood’s resignation, may be unique in that, at the same time, the five-member Piedmont Unified School District Board of Education is also made up entirely of women.

According to the National School Boards Association, as of last October, 49 percent of school board members in the U.S. are women. But school boards made up entirely of women are relatively rare.

And though stats are not readily available to confirm it, Piedmont is almost certainly one of the first cities in California – possibly the first – where the city council and local public school board are both made up entirely of women at the same time.

“I think this situation reflects the national and global trends of women stepping up and running for more offices than ever before,” said first-term school board member Hilary Cooper. “I also think it reflects our community’s commitment to equity, inclusion, and diversity.“

The Piedmont City Council members are Cavenaugh, Mayor Teddy Gray King and Councilmembers Betsy Smegal Andersen, Conna McCarthy, and Jennifer Long. School board members as of March 2022 are board President Cory Smegal, Vice President Megan Pillsbury and board members Cooper, Veronica Anderson Thigpen and Amal Smith. Cooper and Thigpen are the newest members, elected in November 2020 to make that board all-female for a second time.

In addition, in Sara Lillevand, Piedmont has its first female city administrator, and Piedmont’s city attorney is also a woman, Michelle Kenyon.

King said it isn’t necessarily a complex societal reason all of her city’s elected governmental positions — and some appointed ones — are held by women.

“We’re blessed with a lot of women who are willing to serve,” King said. “I just think that Piedmont leans in.”

March is Women’s History Month, a fact that McCarthy noted at the end of a recent City Council meeting.

McCarthy and everyone else interviewed for this story said they are proud to be part of this all-women council, proud of this moment.

“Women were shut out of decision-making 100 years ago,” McCarthy said in a subsequent interview, reiterating the point that the council is making its own bit of women’s history.

“By their example, these women uplifted the value of women in leadership and led the way for the women who serve today,” said McCarthy, who also credited members of two longstanding Piedmont volunteer civic groups — the Piedmont Garden Club (founded in 1923) and the Piedmont Beautification Foundation (1964) — as early channels of change and improvement before women were running for elected office. The city’s volunteer committees and commissions also draw more women into leadership, Cavenaugh said.

King said she considers Speaker of the United States House of Representatives Nancy Pelosi, former Sen. Barbara Boxer, and former Congresswoman Lynn Woolsey as mentors, and credits them for helping foster her desire to serve in elected office.

King was the only woman on the Piedmont council when she was first elected in 2014. That all her colleagues eight years later are women, she said, “I would not have anticipated that.”

McCarthy noted that 20 people — 10 men and 10 women — applied for appointment to the seat Long now holds.

“I am inclined to believe there is general acceptance of our City Council as a gender-neutral zone,” she said. “The ultimate question: Is she or he a good leader?”

Several studies claim that women are typically better collaborators than are men, and that they tend to be less motivated by ego than are men. But ultimately, Cavenaugh said, collaboration skills, egos, and other qualities vary from human to human, and generalizations can be problematic when you’re talking about a five-member board.

“Above all, you want the best leaders, whether they’re men or women,” she said.

School Board President Cory Smegal said women usually still need to be asked to run for elected office more times before committing to do it than do men; perhaps, she said, out of concern they have to be more qualified than a man running for the same seat. But more women are increasingly answering that call, she and others said, and as more women assume leadership roles, they attract even more women to serve.

The question of whether women will be more effective at tackling important local issues — increasing and diversifying local housing, climate action, racial justice and equity — than a council with more men on it won’t be answered objectively anytime soon, if ever.

But McCarthy said women understand what it means to be marginalized, and that they generally include perspectives – including that of primary caregiver –  in approaching issues that a male-dominated council may not so readily provide.

“What prepares women to lead on equity and justice issues is rooted in their own history,” she said.

King said she’s a proud graduate of Emerge, an organization that recruits and trains Democratic women who want to run for elected office. And she agrees that women often bring different experiences to local government. She cites the fact her three kids made excellent use of local Recreation Department programs; that sort of personal interaction, King said, can affect civic priorities. Getting her particular perspective represented in local government, she said, was one reason she ran.

“Policies really can be different with women at the table,” said King.

“And a collaborative spirit leads to good governance,” she said. That, she said, and “ten women who are super-engaged in their roles.”

Several of these women said they know the November election could render this woman-dominated period of Piedmont’s history a short one. The current terms of King, Anderson, and Long are up in November, as are those of school board members Smith and Pillsbury.

McCarthy said looking to the past contributions of other Piedmont women leaders helps keep her humble. But as for the future, “I believe the example of elected female leadership is a living confirmation that women have a welcome voice in all places where decisions are being made, and that gives me great pride,” she said.

3 thoughts on “In a first for Piedmont, women hold all elected offices”