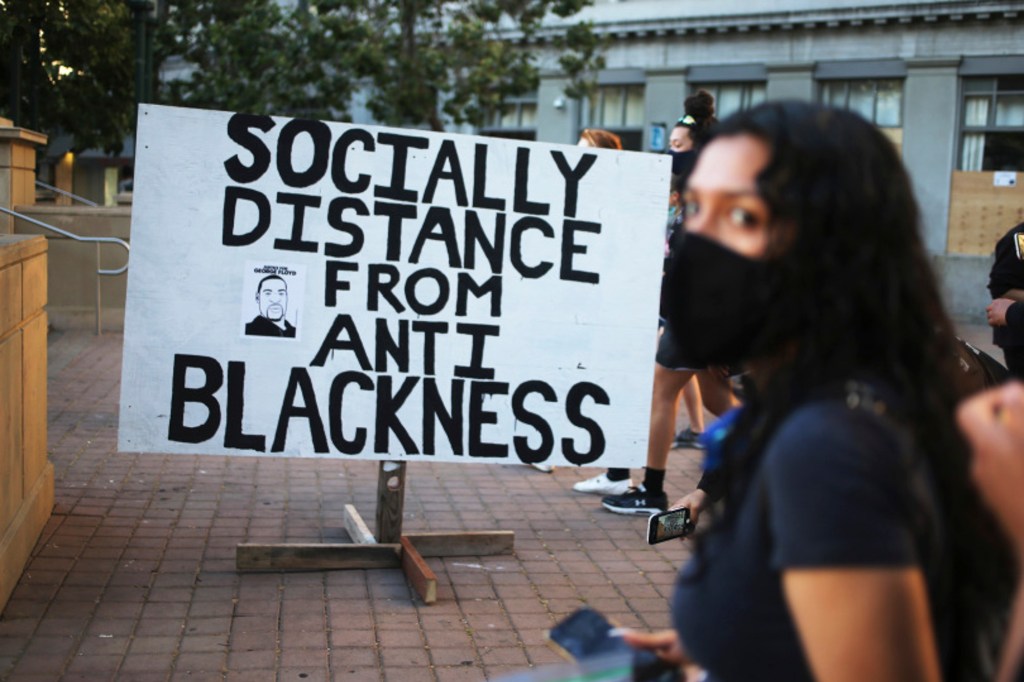 Protesters arrive at Frank Ogawa Plaza during the fifth day of protests over George Floyd's death by the Minneapolis police in Oakland on June 2, 2020. Photo by Ray Chavez, Bay Area News Group

Next month, California’s first-in-the-nation reparations task force is set to debate who should be eligible for direct payments proposed as a way to compensate African Americans for slavery and its lingering effects.

In a sign of just how controversial that decision could be, the nine-member committee voted 5-4 Thursday to delay the conversation until March, reports Lil Kalish, who recently joined CalMatters’ California Divide project.

One key sticking point for the task force — which is expected to issue a report in June 2023 recommending ways in which California might formally make reparations to the Black community — is whether payments should be prioritized for direct descendants of enslaved people.

The backdrop of the task force’s meeting: a pandemic that continues to disproportionately ravage communities of color — particularly Black and Pacific Islander Californians, CalMatters’ Kristen Hwang reports. Her stunning story found that:

Lack of trust was also visible in a poll released Thursday by UC Berkeley’s Institute of Governmental Studies and the Los Angeles Times: 50% of Latino parents and 43% of Black parents said they aren’t confident their children are safe from COVID at school, compared to 38% of Asian American parents and 26% of white parents.