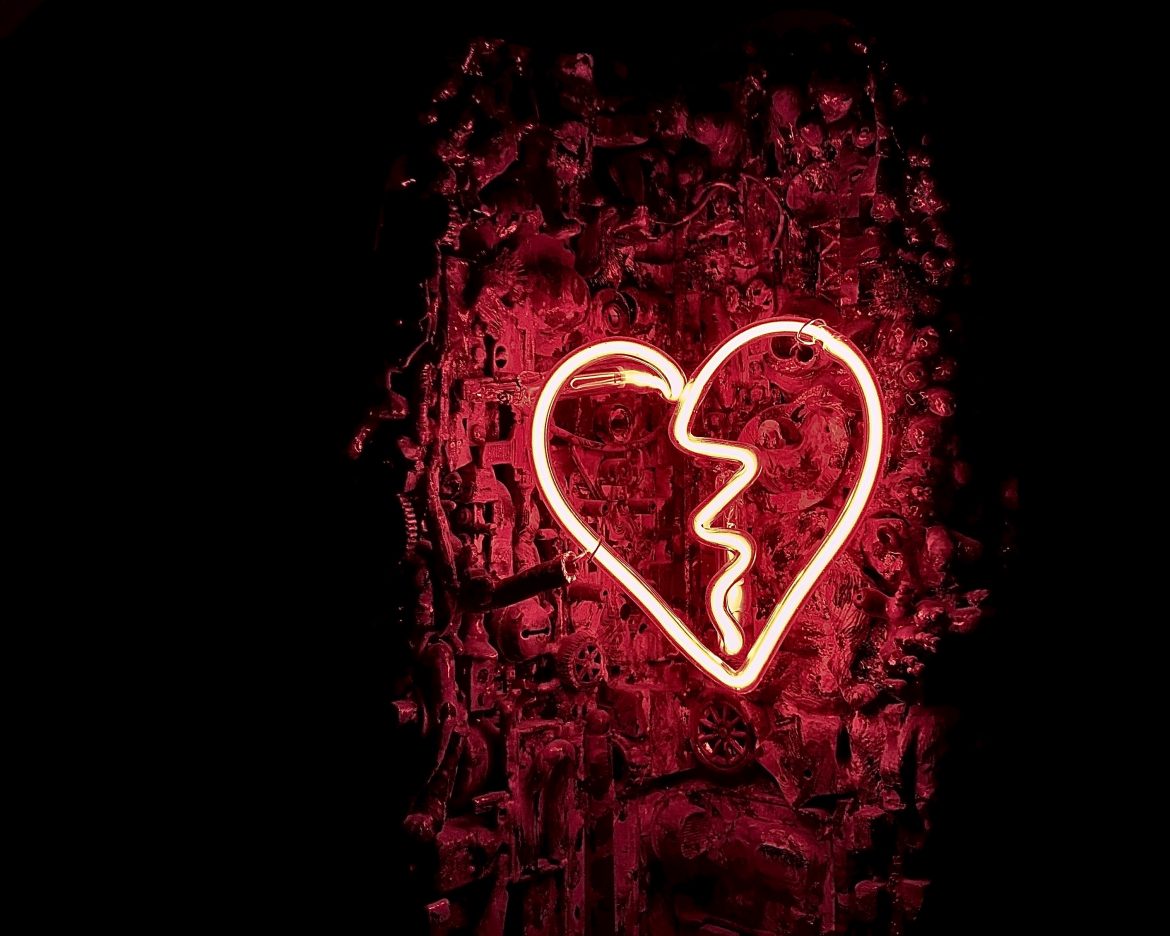 Photo by Marah Bashir on Unsplash

If conversation hearts were geared toward relationship woes and breakups, a bag of the pastel-colored candies could potentially include the sayings, “NO THANKS,” “NEVER AGAIN,” “LESSON(S) LEARNED” and “MOVING ON.”

While Brach’s and fellow candy companies have yet to get behind this realistic (albeit not as cheerful) theme, the San Francisco-based production company Crude Mechanicals has — in live show format. This Valentine’s Day, the company will host “So This Sucks: A Night of Heartbreak and Disappointment,” where storytellers lay their breakup tales all out on the stage at the Gateway Theatre.

Says “So This Sucks” producer Chase Kiefiuk, “Our whole shtick is, ‘You’re going to come through the door, and you might laugh; you might cry. But the whole purpose is just to feel a whole bunch of things and just be together in the moment and support each other.’ We like to call it the cheapest group therapy.”

Held annually since 2017, “So This Sucks” is a much-needed antithesis to the usual Valentine’s Day fare of romantic dinners and gift-giving of roses, boxed chocolates and love-focused cards. Inspired by Hilary Fitzgerald Campbell’s illustrated book, “Breaking Up Is Hard to Do, But You Could’ve Done Better,” the show features stoic individuals voluntarily sharing the not-so-great details of their own relationship experiences — their falling out of, rather than falling or being in, love narratives — in front of an audience of strangers.

Kiefiuk, who’s also one of the creators of the monthly show “About Last Night: An Evening of Regrettable Romps and Questionable Choices,” had originally thought “So This Sucks” would be a one-off event.

As Kiefiuk explains, “[Campbell] reached out to me in 2017 and was just like, ‘Hey, I’m going on a book tour. This is the book that I’ve created. I have a lot of friends who are really big fans of your other storytelling event, and I was wondering if you wanted to help me put something together for San Francisco.’ So I helped her put together a group of storytellers from our community, and I also emceed the event for her.”

Outcome-wise, that first show was a huge success. Kiefiuk recalls that having people onstage, permitting that kind of self-vulnerability and feeling the sense of trust among those listening to their breakup stories made for a special experience.

He says, “I mean, it was funny; it was sad. It was just a whirlwind of emotions pretty much. And so after I’d done that for her, I was like, ‘We should turn this into a yearly event because the turnout was so great and people had such an amazing time with it.’”

And the show has gone on ever since, with seven or eight storytellers participating each year and a sizable group of people facing the stage, appreciatively relating to the breakup experiences they’re hearing. Some storytellers even wear outfits and bring props they deem relevant to their 7-10 minute divulging of separations, estrangements, divorces and the like.

There have also been added components, such as an in-house musician who sits onstage with each storyteller and churns out a short improv song based on the breakup specifics conveyed in the story. About this aspect, Kiefiuk says, “It’s nice for the storyteller because they have something that they can record and also take back and can keep from the event itself.”

For Kiefiuk, changing the show up each year — adding a creative touch of some sort — is also important. One year, Kiefiuk co-hosted the show with an ex, and they participated in a Q&A session in front of approximately 100 people.

Reflecting on the experience, Kiefiuk says, “It really helped us work through everything, and it put us in a really good place where I feel like after we did that, even though it was one of the scariest things I’ve ever done, it allowed us to kind of close that chapter and move forward after that, which was not what I was expecting to happen.”

At the time of this interview with Kiefiuk, the Crude Mechanicals was still “on the drawing board” in terms of ideas for the upcoming Feb. 14 show, but two aspects are certain: entertainment and catharsis.

Remarks Kiefiuk, “I couldn’t think of a better way for singles to spend Valentine’s Day than to listen to other people share breakup stories.”

“So This Sucks: A Night of Heartbreak and Disappointment” takes place 7:30 p.m. Feb. 14 (Monday) at Gateway Theatre at 215 Jackson St., San Francisco. The storytelling will be followed by a post-show heartbreak cocktail hour from 9:30 p.m. to 10:30 p.m. Proof of vaccination is required for entry into the venue. “Stop Sleeping With Your Ex — Last Minute” tickets to the show are $25.00 + a $3.16 fee and can be purchased online at https://www.eventbrite.com/e/so-this-sucks-a-night-of-heartbreak-disappointment-tickets-223628297257. Tickets will also be available for purchase at the door if they’re not sold out.

For eight more pro- and anti-Valentine’s weekend events, check out our holiday roundup.