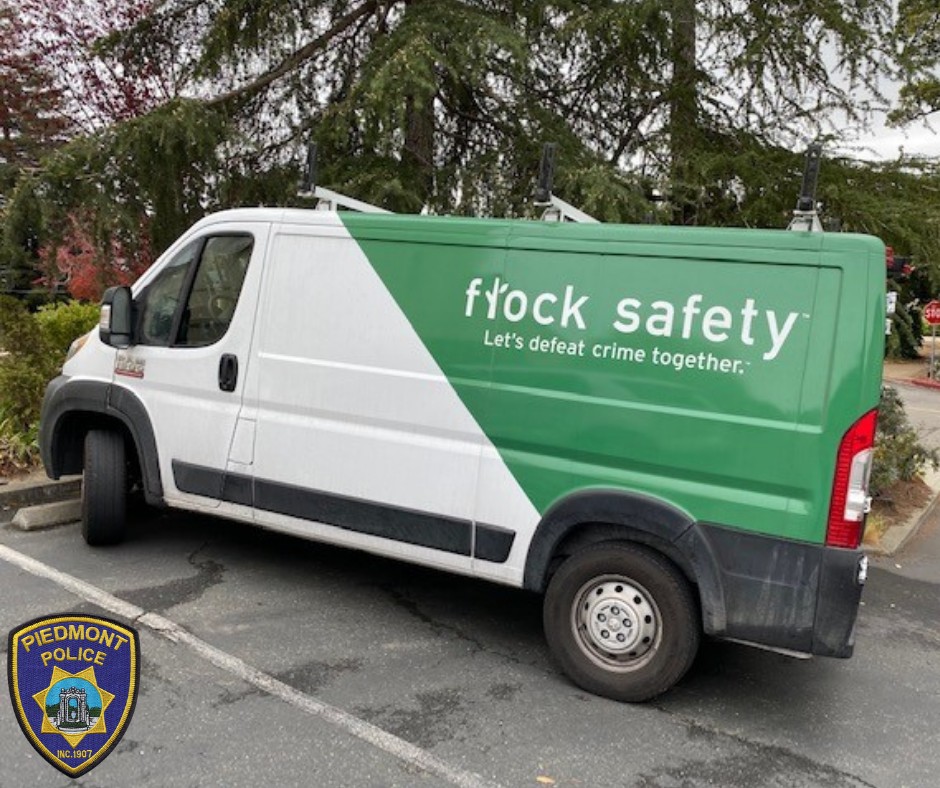 In social media posts on Feb. 18, the Piedmont Police Department said the installation of a new set of Automated License Plate Readers (ALPRs) was set to begin this week. The original cameras were deployed in 2013 and have been used to identify stolen cars coming in and out of the city. The police department says the cameras “record images of license plates and those images are uploaded and stored in a secure cloud for 60 days.”

Flock Safety engineers and technicians will install the new poles and cameras. In June 2021 the Piedmont Police Department announced that it was creating a new online portal in partnership with the private company to give the public a window into how the department uses ALPR technology and data. According to the company and police department, Piedmont police are the first in the country to launch this tool. Flock Safety is an Atlanta-based company founded in 2017 that specializes in license plate reading technology and has relationships with police departments across the country.