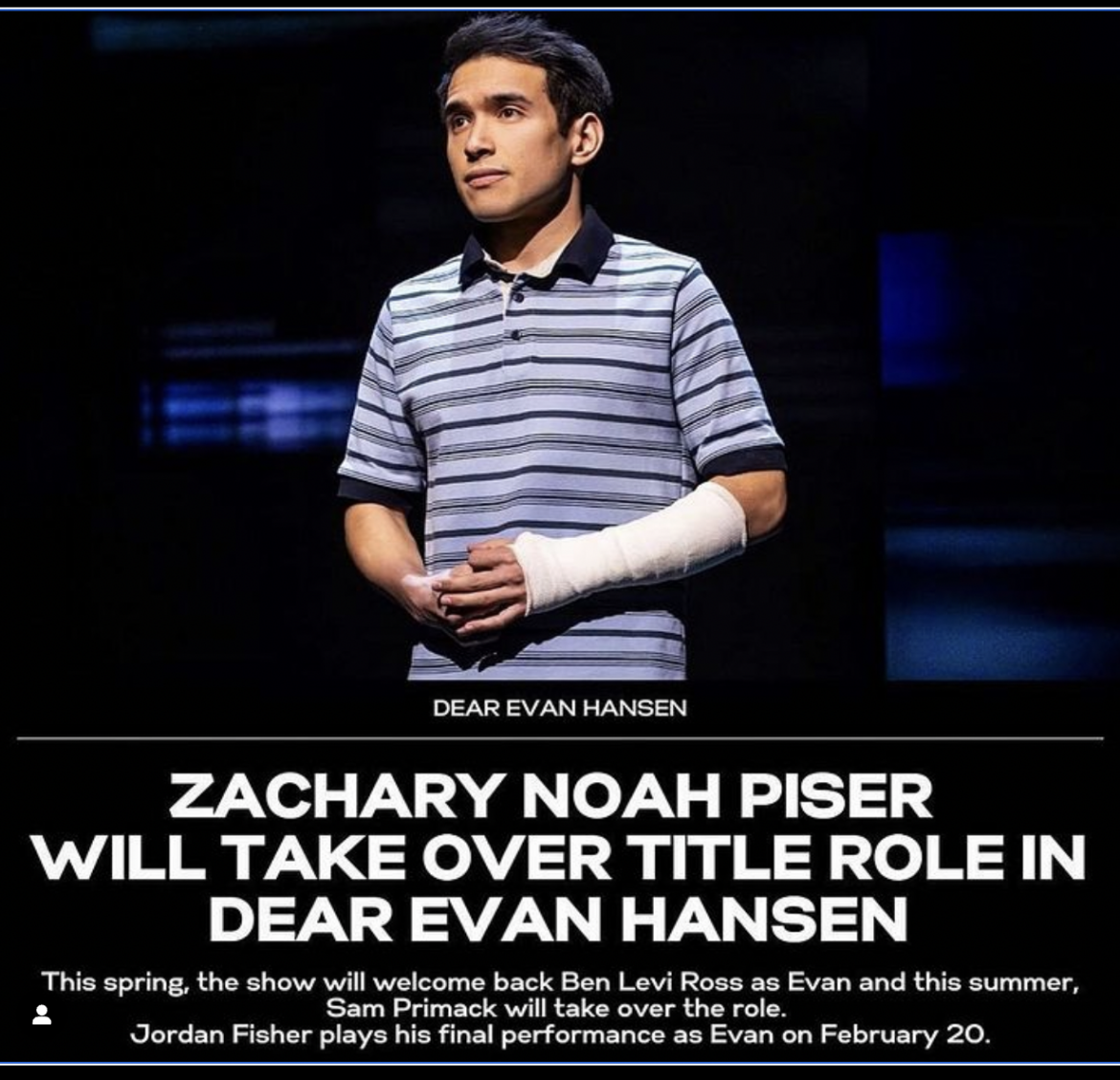 Piedmont High School graduate Zach Piser (’11) will be the first Asian American actor to take on the title role full-time in the Broadway production of Dear Evan Hansen, according to BroadwayWorld. Piser has been part of the cast since March 2019. He will be in the role through March 20.

At PHS, Piser had a lead role in the production Les Miserables before attending and graduating from Northwestern University where he performed in school productions. After graduation he moved to New York City and landed the role of Boq in the Broadway production of Wicked in 2016. In 2018 he played Tobias in an off-Broadway production of Sweeney Todd.