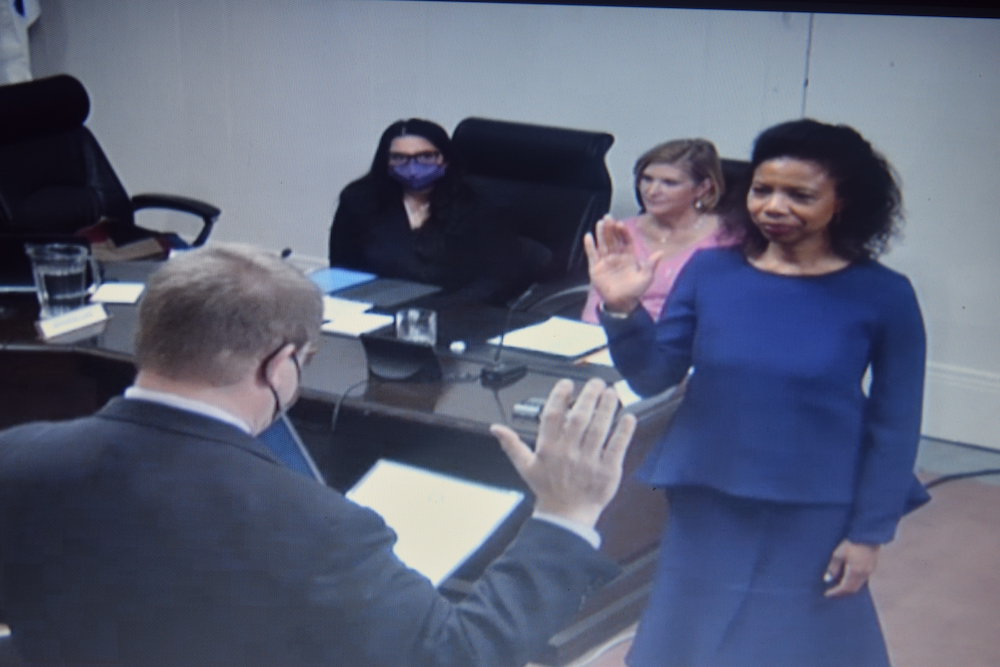 Jennifer Long being sworn in on Feb. 22 in City Council chambers.

Long was appointed on Feb. 7 from among 10 applicants who sought to succeed Tim Rood, who resigned his council seat on Dec. 20 because he is moving out of Piedmont to Oakland. Long will serve the remaining nine months of Rood’s term.

Though Long has lived in Piedmont for less than three years, she said she and her family lived within a half-mile of the city for many years and “established relationships and friendships” in Piedmont.

In recent years, she has been a key member of both the Piedmont Racial Equity Campaign and the Piedmont Anti-Racism and Diversity Committee. She exorted the council, and the community in general, to “hold me accountable to my higher purpose.”

One thought on “Councilmember Jennifer Long sworn in Tuesday night”