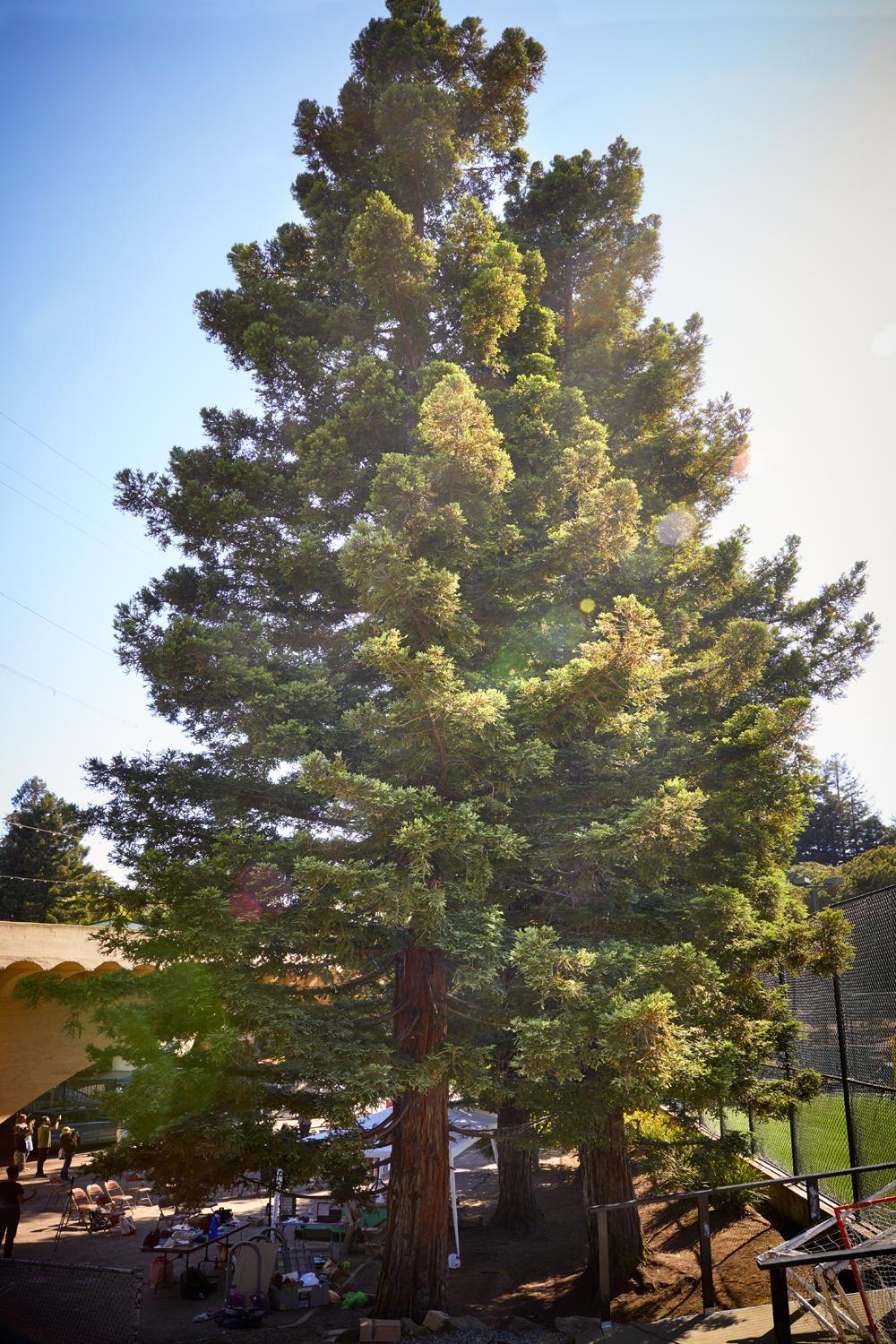 The coast redwoods around town have been winning nominees in the past.

The Piedmont Park Commission invites the public to nominate public trees for Heritage Tree status.  The Heritage Tree program is an opportunity for the community to seek out and to recognize the distinctive trees in our urban forest.  Nominated trees will be considered based on their aesthetic, educational, or historical merits and must grow on public property, such as parks, medians, and streets.  If you previously nominated a special tree that was not chosen, feel free to renominate.

The coast redwood is a popular Heritage Tree in Piedmont, including the beauty outside Community Hall that is used as the annual holiday tree, nominated by Cameron Wolfe and Sue Herrick and the massive specimen growing in front of 71 Hazel Lane, nominated by Cindy Rafton. Three public groves of coast redwoods have been designated as Heritage Trees. The latest is the row of seven tall matched redwoods in Linda Beach Park, nominated by John Ware with his daughter Sophie and Betsy Goodman. There are also the groves in the large traffic triangle at Nova Drive, Wildwood and Magnolia Avenues, nominated by Gail Lombardi and Claire Faughnan, and in the triangle at Jerome and Fairview Avenues, nominated by Jennifer Marinelly.

How well do you know the Coast Redwood?

Do the puzzle online: https://thewordsearch.com/puzzle/3337897/coast-redwood-tree-trivia/

Nominations are due by March 18

Nominations are due by March 18 and voted on at the Park Commission meeting on April 6.  This year’s selections will be announced at the City Arbor Day festivities on April 28. Forms are available on the City’s website on its Heritage Tree page at https://www.piedmont.ca.gov/cms/One.aspx?portalId=13659823&pageId=17970894.  There, you can also view an interactive map of the existing Heritage Trees which includes photos of the trees, descriptions, locations, and names of the nominating parties.  For more information, please contact Nancy Kent at nkent@piedmont.ca.gov or 510-420-3064.