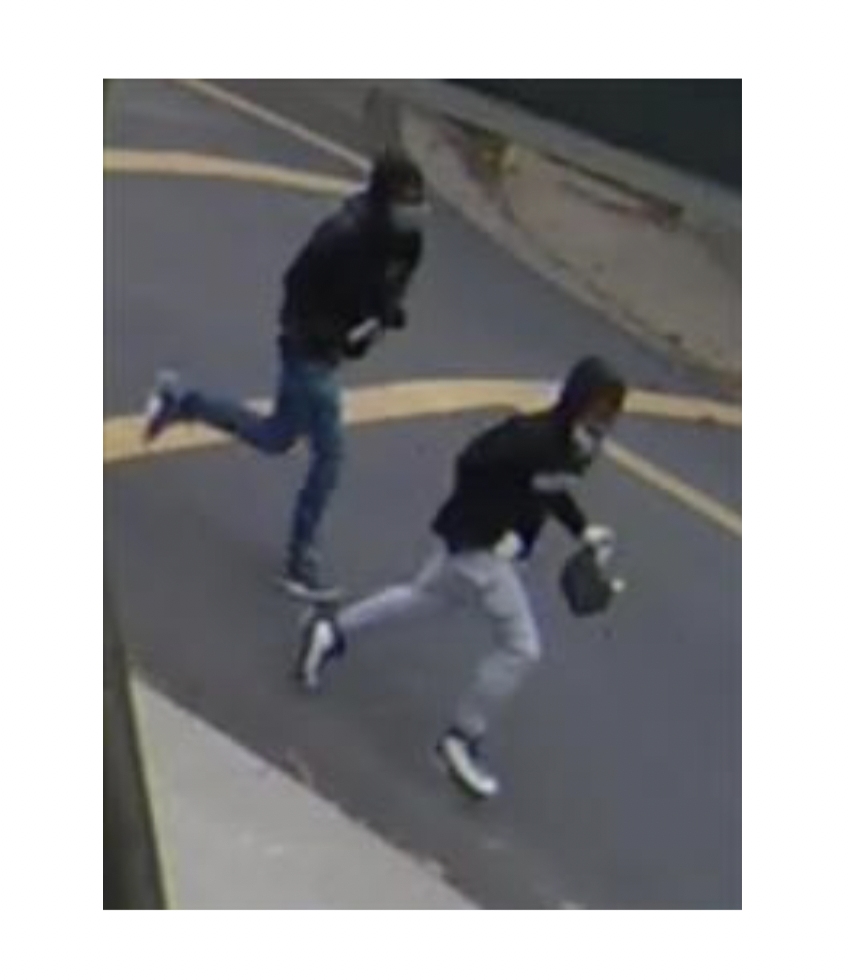 From the Piedmont Police Department. This article was updated on Oct. 26 with new details:

On Saturday, Oct. 23 at approximately 3:23 p.m, an armed robbery and attempted carjacking occurred in the City of Piedmont. The victim was sitting in her car in the area of Magnolia Avenue and El Cerrito Avenue.

The two suspects, pictured above, approached the victim in the vehicle and displayed a handgun. The suspects told the victim to exit the vehicle. The victim complied, fled the area, and left her belongings behind.

Some of the victim’s property has been recovered, according to Piedmont Police Captain Chris Monahan.

The suspects are described as follows:

The police said they have no evidence at this time that the incident is related to a carjacking on October 13. That crime involved five juveniles, one with a gun. The suspects approached a woman in a vehicle near Witter Field, ordered her out and took the vehicle and additional items belonging to the victim.

In an email sent to Association Football Club members on Monday night, the group said the Piedmont police department would be increasing patrols to align with AFC practice and game schedules as the two incidents have corresponded to soccer pick-up and drop-off times.

Any witnesses or anyone in the area of Magnolia and El Cerrito between 2:50 p.m. and 3:20 p.m. on the 23rd who may have information that could be helpful to the case can contact Detective George Tucker at 510-420-3013 or email at gtucker@piedmont.ca.gov.