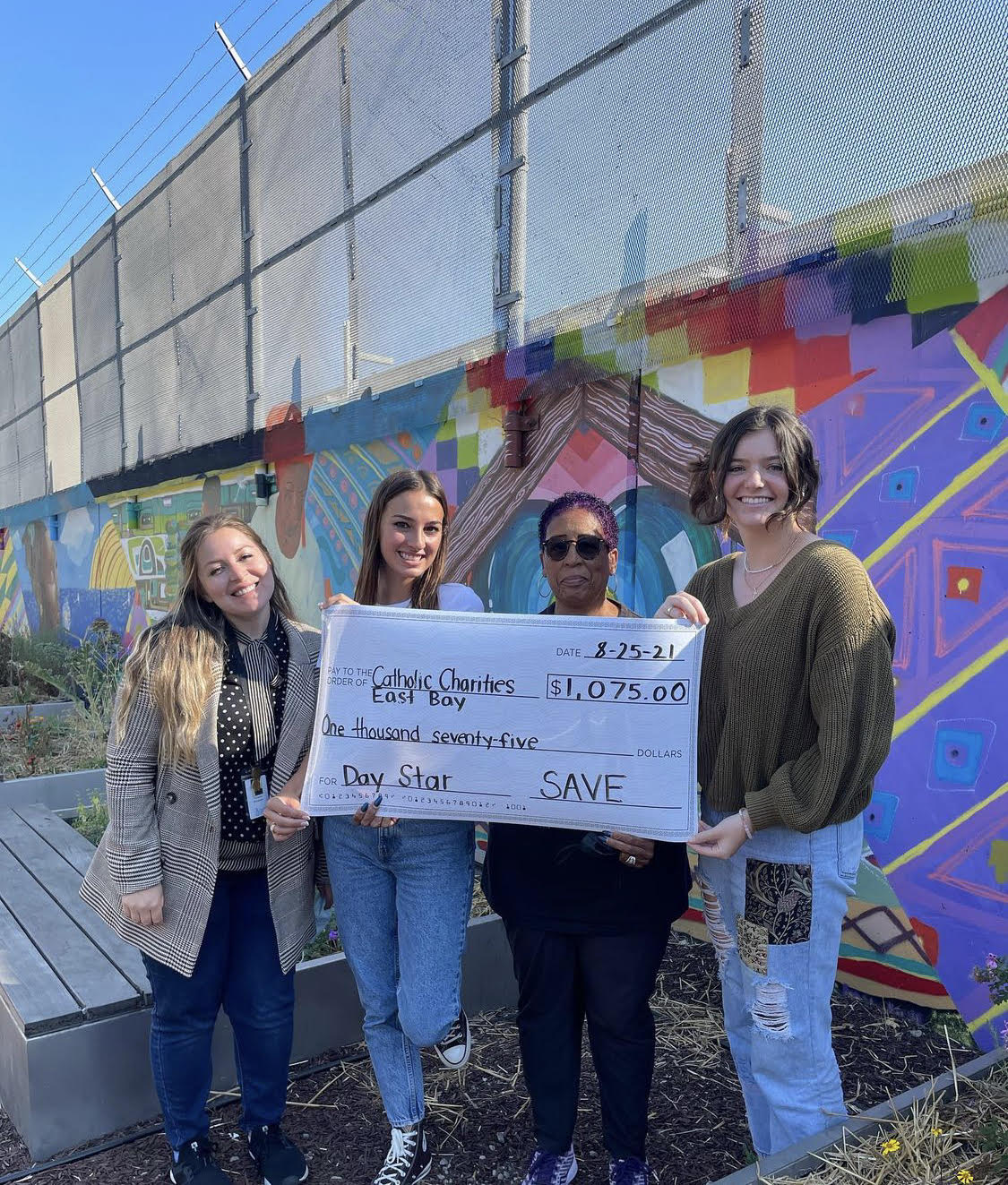 Through their organization SAVE (Sexual Assault Victim Empowerment), Piedmont High School seniors Laine Avagliano and Megan Hiller raised money from several fundraisers to support victims of sex trafficking and assault.  They donated the money received to Day Star — an organization which provides mentoring and support services to victims of sexual assault and exploitation, under the umbrella of the Catholic Charities of the East Bay.

Victoria Martinez, who was their supervisor at Catholic Charities states that, “It was an absolute pleasure working with Laine and Meghan this year! They are both passionate and total go-getters and I really admire all the hard work they put into Day Star.”

Fundraisers included:  Dares for Dollars Day where people donated money and dared Megan and Laine to do funny things like eat a banana peel or participate in an ice bucket challenge. They also observed Denim Day, an internationally recognized day in April in support of an 18 year old girl who was raped by her 45 year old driving instructor in Italy. Unfortunately, her perpetrator was found not guilty for the mere fact that the victim was wearing jeans and therefore they were difficult to remove. Laine and Meghan asked community members to donate denim jackets, jeans, etc. and sold these items in Piedmont Park. They then donated the proceeds to Day Star. Also, to commemorate the day, Piedmont students were asked to wear denim on April 25 in support of the victim — hence the name “Denim Day.”

SAVE was founded by Laine Avagliano and Megan Hiller to educate the Piedmont community on sexual exploitation and the importance of empowerment. For more information and to donate, visit their Instagram @piedmontsave.