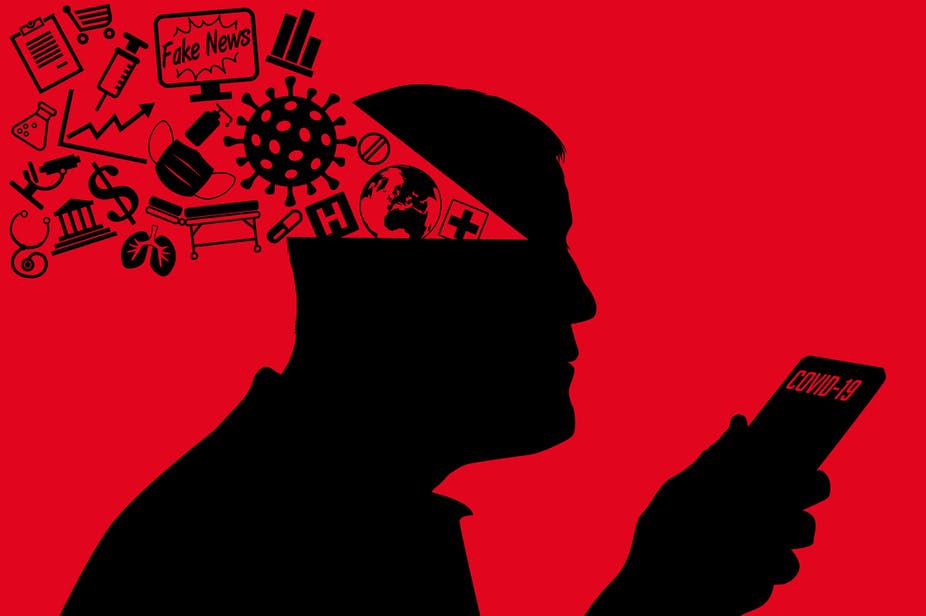 Chances are you may not be not familiar with the Vaccine Adverse Event Reporting System, or VAERS. Co-managed by the U.S. Centers for Disease Control and Prevention and the Food and Drug Administration, VAERS was established in 1990 to detect possible safety problems with vaccines.

Unfortunately, the anti-vaccine movement has used this once-obscure database to spread misinformation about the COVID-19 vaccine.

VAERS is ripe for exploitation because it relies on unverified self-reports of side effects. Anyone who received a vaccine can submit a report. And because this information is publicly available, misinterpretations of its data has been used to amplify COVID-19 misinformation through dubious social media channels and mass media, including one of the most popular shows on cable news.

We are political scientists who study the social, political and psychological underpinnings of vaccine hesitancy in the U.S. In our recently published research, we argue that VAERS, despite its limitations, can teach us about more than just vaccine side effects – it can also offer powerful new insights into the origins of vaccine hesitancy in the U.S.

See more of the Exedra’s coverage of vaccine misinformation:

What the side effects database was designed to do

Medical experts at the Department of Health and Human Services are well aware of VAERS’ limitations. Rather than taking each individual report at face value, regulators remove clearly fraudulent reports. Demonstrating this, anesthesiologist and autism advocate James Laidler once used the system to report that a vaccine turned him into the “Incredible Hulk,” which was only removed after he agreed to have the data deleted.

Regulators also look for reporting patterns that can be corroborated by additional evidence. For example, reports of Guillain-Barré syndrome should be more common in people over 50 than in younger adults. This can help researchers identify potential adverse events that were not detected in clinical trials.

Because VAERS claims are self-reported, they tell us something about what ordinary people, as opposed to doctors and medical researchers, think about vaccine safety.

In other words, people who feel that a vaccine is responsible for a side effect they might be experiencing can log that concern with the federal government, whether or not those claims would stand scrutiny in rigorous clinical testing.

Consequently, VAERS reports might not only document people’s negative experiences with vaccination, but also their attitudes toward vaccination. People may be more likely to report side effects, for example, in response to media stories about vaccine safety concerns. If reports to VAERS increase following these stories, then the reporting system may be functioning similarly to a public opinion poll. It could reflect, in part, public attentiveness to and concern about potential side effects. To see if this is the case, we examined a well-known case of vaccine misinformation: the since-retracted paper that claimed a link between the Measles, Mumps, and Rubella (MMR) vaccine to childhood autism.

Is a fraudulent study responsible for MMR vaccine skepticism?

In 1998, former physician Andrew Wakefield and his colleagues published a since-retracted paper claiming that the MMR vaccine could cause autism in children. Although the study was rife with unreported conflicting interests and data manipulation, it nevertheless garnered significant media attention in the late 1990s. Some journalists and researchers have since argued that the paper played a major role in inspiring MMR vaccine hesitancy.

While this is plausible, there hasn’t been evidence to support the argument. Virtually no opinion polling about MMR existed prior to the publication of Wakefield’s paper. Consequently, researchers have not been able to directly observe whether or not the study influenced how Americans think about the MMR vaccine.

VAERS data, however, could offer some clues. In our study, we examined whether the number of VAERS reports following publication of Wakefield’s paper was significantly greater than expected based on typical report numbers prior to its publication. We found that the number of adverse event reports for MMR increased by about 70 reports per month following publication of the paper. This is significantly greater than what we would expect by chance based on previous reporting frequencies. Notably, we did not find a similar effect for other childhood vaccines in the same time period.

This further underscores the power this since-debunked study has had in shaping public opinion about the MMR vaccine.

Importantly, we also found that adverse event reporting rates rose in tandem with negative media coverage of the MMR vaccine. Following the publication of Wakefield’s paper, television and print news published significantly more stories about MMR than before the paper was published. These results suggest that Wakefield’s article influenced how much more attentive Americans were about the MMR vaccine.

In recent months, interest in the side effects reporting system has been growing exponentially. Google search engine trends suggest that more Americans have been looking up VAERS than ever before. The trend began shortly after emergency use authorization of the first COVID-19 vaccines in the U.S. and has continued to increase until a peak in early August.

This search behavior is likely a result of increased media attention to VAERS, particularly by right-leaning news outlets. According to the data from media research platform Media Cloud Explorer, there have been 459 stories in mainstream national news outlets, such as CNN or the USA Today, mentioning VAERS since December 2020. In right-wing media outlets such as Fox News, The Daily Caller and Breitbart, however, coverage soared to 3,254 stories – over seven times more than mainstream news media.

Consequently, VAERS data could be seen as something of a double-edged sword. On one hand, it has been weaponized by the anti-vaccine movement and political actors on the right to sow doubt and distrust about COVID-19 vaccinations. On the other hand, this data could also tell public health researchers something useful about how American vaccine skepticism might ebb and flow in response to events like the brief pause in Johnson & Johnson COVID-19 vaccine administration, or fluctuations in the tone of media coverage about COVID-19 vaccines.

VAERS data may even offer an important advantage over public opinion polls which, with the exception of weekly vaccine uptake polls, have typically been administered much less frequently. Our research cautions that media attention to discredited vaccine-related claims may undermine public confidence in vaccination.

How to avoid another wave of misinformation

To ensure that VAERS is used properly, journalists and scientific researchers can team up to guide the public on how to interpret new findings. Journalists should, in our view, contextualize their coverage within a broader body of scientific evidence. Scientific researchers can aid in this by helping journalists accurately portray studies on vaccine side effects, clearly outlining their methodologies and results in accessible language.

By working together, researchers and journalists can take constructive action to address vaccine hesitancy before it has a chance to germinate.