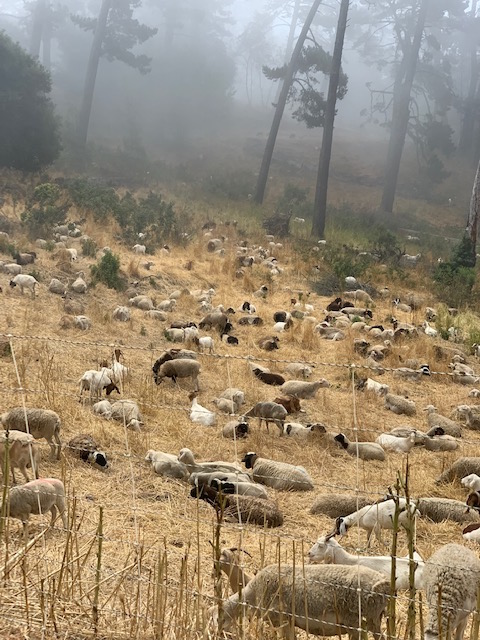 Goats on a hillside near Skyline Gate in Redwood Park on June 28.

The goats are back in the East Bay Regional Park District’s (EBRPD) Redwood Park. Using goats to graze on dry grass and weeds has become a common practice in the East Bay and is one of the fire risk reduction tools the park system uses to prepare for wildfire season.

In addition to the grassland clearing, EBRPD is also removing 200 dead standing trees in Reinhardt Redwood Regional Park. The trees are part of approximately 1,000 acres (as of March 2, 2021) of sudden tree die-off in Regional Parks first noticed in October 2020, according to an EBRPD press release. At a May 27 press conference, EBRPD leaders said drought was the likely cause.