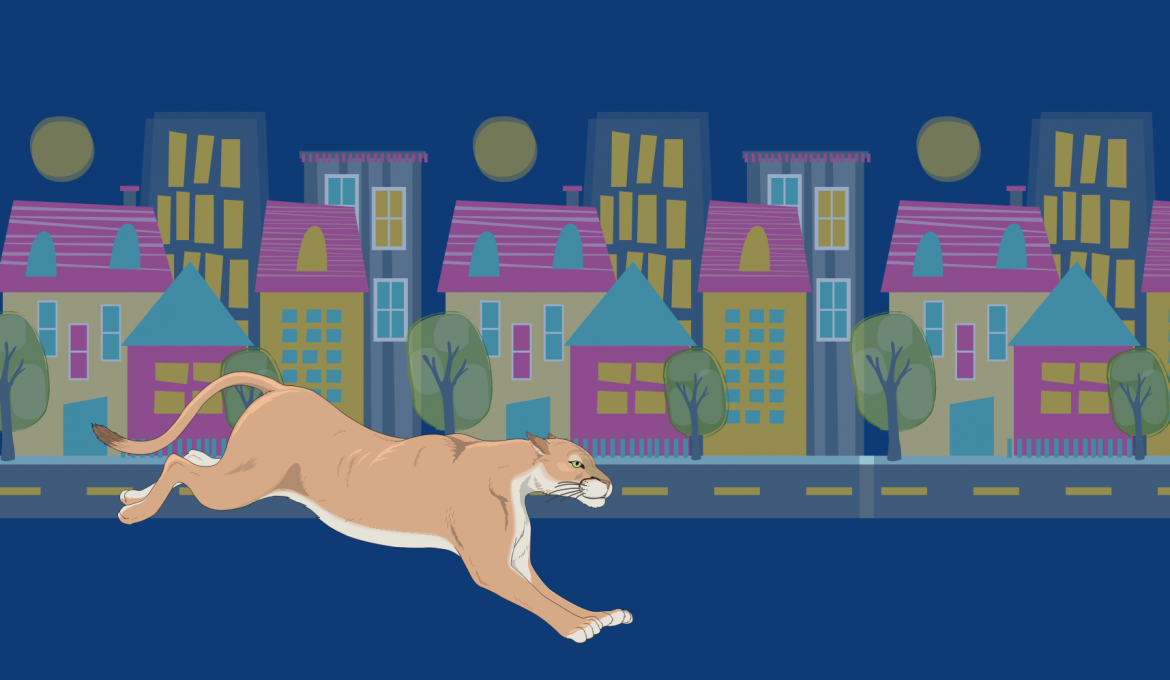 Are the mountain lions of the Bay Area retreating from the Santa Cruz Mountains and into the urban sprawl?

Mountain lions have been caught lurking in the shadows on security cameras in Millbrae over the past week. A handful of residents in the Oakland hills and Piedmont say they’ve seen mutilated deer carcasses in their neighborhoods. One wildcat was even caught in a tree in San Francisco’s Bernal Heights neighborhood and transported to the Oakland Zoo three weeks ago, while another broke into a San Bruno home filled with game trophies a week later. This large feline below was captured on camera in the Oakmore neighborhood last month.

More than half of the state is mountain lion territory, and it’s not too unusual to see them popping up in unexpected places, according to officials from the California Department of Fish and Wildlife. The species typically migrates during the dry season in search of ample food and water supplies, but they might be traveling further than usual as drought conditions are on the rise and deer populations are declining, department spokesperson Ken Paglia said.

“Be aware that we do share the state with other wildlife, like mountain lions or bears, they are around. Even though they potentially can be dangerous, they’re usually in the city because they’re looking for food resources and they’re not there to hurt us,” Paglia said.

Despite the recent sightings however, being attacked by a mountain lion is a rare occurrence, Paglia said. He suggests Bay Area residents should call their local law enforcement if they see a wildcat in a residential area, and those agencies can then reach out to wildlife agencies if they deem it’s a public safety risk.

The main goal in these cases is to get the wild animal back to its natural habitat on its own without much human intervention, he said.

“We want to make sure the public is safe, but we also want the animal to be able to live out his life in its own habitat. That’s probably the best solution,” Paglia said.

The mountain lion population is also estimated to be scarce, roughly in the low thousands, according to experts. Because of this, there’s been a recent push in getting the species on the endangered species list, and law enforcement is prohibited from killing a mountain lion unless it’s actively endangering human lives or property.

There are ways to prevent large predators from making rounds in a neighborhood, and it starts with thinking about what’s attracting small prey to your property, according to Rebecca Dmytryk of Humane Wildlife Control. Unwanted wild animals in an urban area is not something “you can kill your way out of,” she says.

Installing motion center lights around the property, keeping pets indoors at night and adequately storing feed supplies are some of the ways residents can avoid encounters with mountain lions.

More tips and tricks from the Mountain Lion Foundation can be found HERE: https://issuu.com/mountainlionfoundation/docs/cdfw_mlf_conflict_brochure_booklet_final_2020.