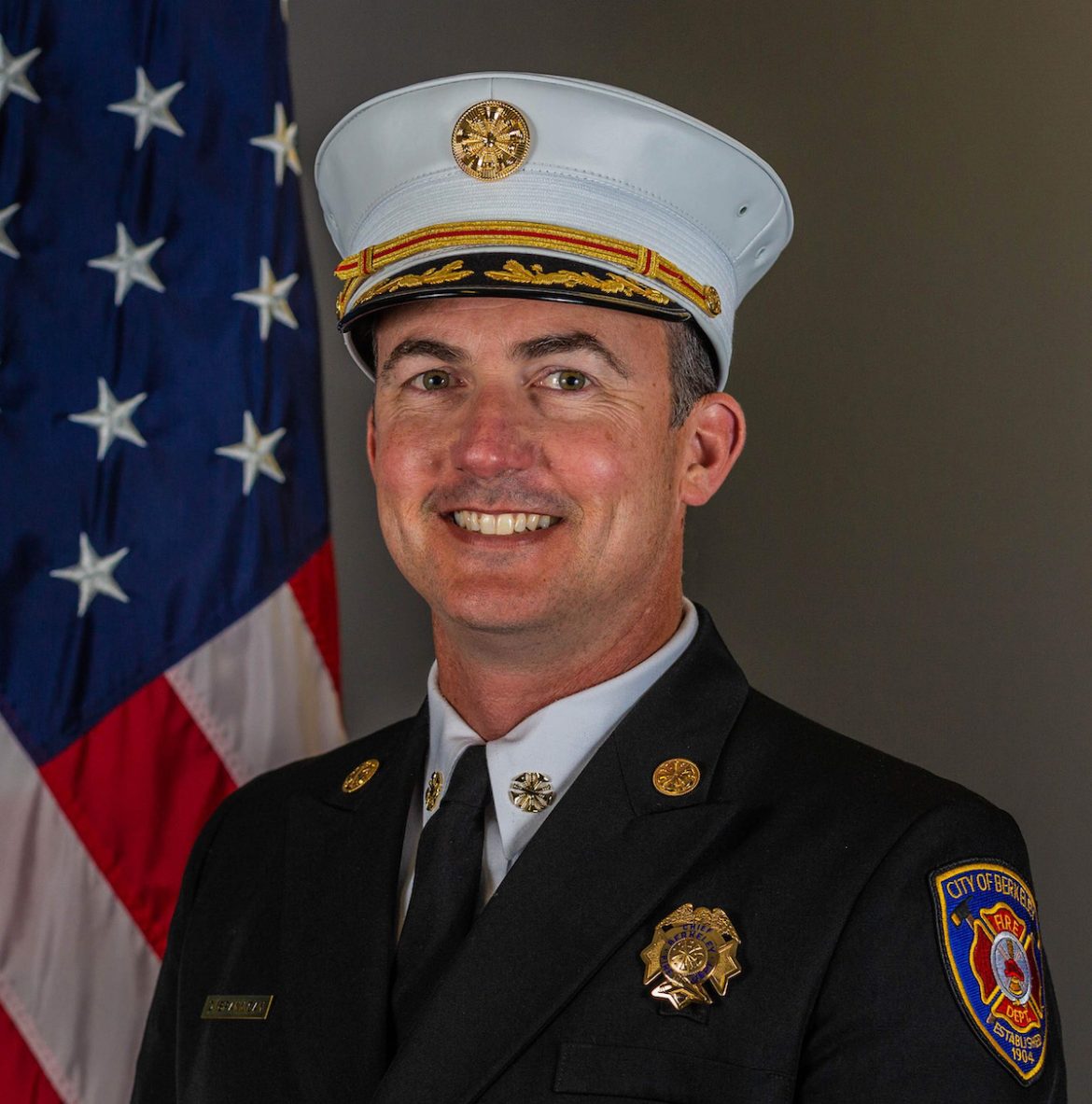 From an April 13 City of Piedmont press release:

Following a rigorous recruitment process, the City Council has selected David Brannigan as Piedmont’s next Fire Chief. Mr. Brannigan was chosen unanimously by the Council from a field of over thirty candidates. His formal appointment will be considered at the City Council meeting of April 19, 2021.

This selection follows interviews of highly qualified finalists by a panel of staff and residents and separately by the City Administrator. Following that process, two candidates were then interviewed by the full City Council. The selection of Mr. Brannigan by the City Council was unanimous and all agreed that he will be a great asset to the community and the Piedmont Fire Department.

As Piedmont’s Fire Chief, Brannigan will focus on optimizing fire prevention and emergency response through strategic planning, data-based decision making, and ensuring an equitable distribution of programs and resources throughout the Piedmont community. As President of the Alameda County Fire Chiefs’ Association, Chief Brannigan has a collaborative relationship with neighboring cities and departments which he says will be critical in planning for the increasing danger of wildfire.

Chief Brannigan, who currently serves as Berkeley’s Fire Chief, is the youngest son of career military parents and a graduate of Villanova University, worked in the software industry and coached high school rowing until he joined the Berkeley Fire Department in 2002. In 19 years working through the ranks at BFD, Chief Brannigan worked in many field positions, managed the Emergency Medical Services Division and the Office of Emergency Services which provides public disaster preparedness education as well as City-wide disaster planning and training. Under his leadership, the City adopted its first Emergency Operations Plan and expanded public disaster preparedness to previously under-represented vulnerable populations. Since his appointment in 2018, Chief Brannigan has led the Berkeley Fire Department through multiple unprecedented wildland fire seasons, numerous periods of civil unrest, and the COVID-19 pandemic.

“Chief Brannigan has extensive experience in the fire service,” said Mayor Teddy Gray King. “I know he will be a tremendous asset to the Piedmont community, the City of Piedmont, and the Fire Department. The fact that Chief Brannigan knows Alameda County so well will be a great asset. Our department works in coordination with other jurisdictions and his experience will make his transition seamless.”

“I believe that Chief Brannigan will serve the City of Piedmont well as Fire Chief. His nearly twenty years of local experience in Berkeley and his regional leadership roles will bring a great deal of value to Piedmont. In addition, his experience running a paramedic transport agency similar to Piedmont’s will help keep our emergency medical services running effectively and efficiently.”

“Having served in years past as a volunteer referee in Piedmont youth soccer, being the Fire Chief in Piedmont should be a walk in the park” Brannigan said with a smile. “This community is close to home for my family and me and I look forward to guiding the evolution of the Fire Department to meet the new challenges of emergency response and the needs of the City of Piedmont.”