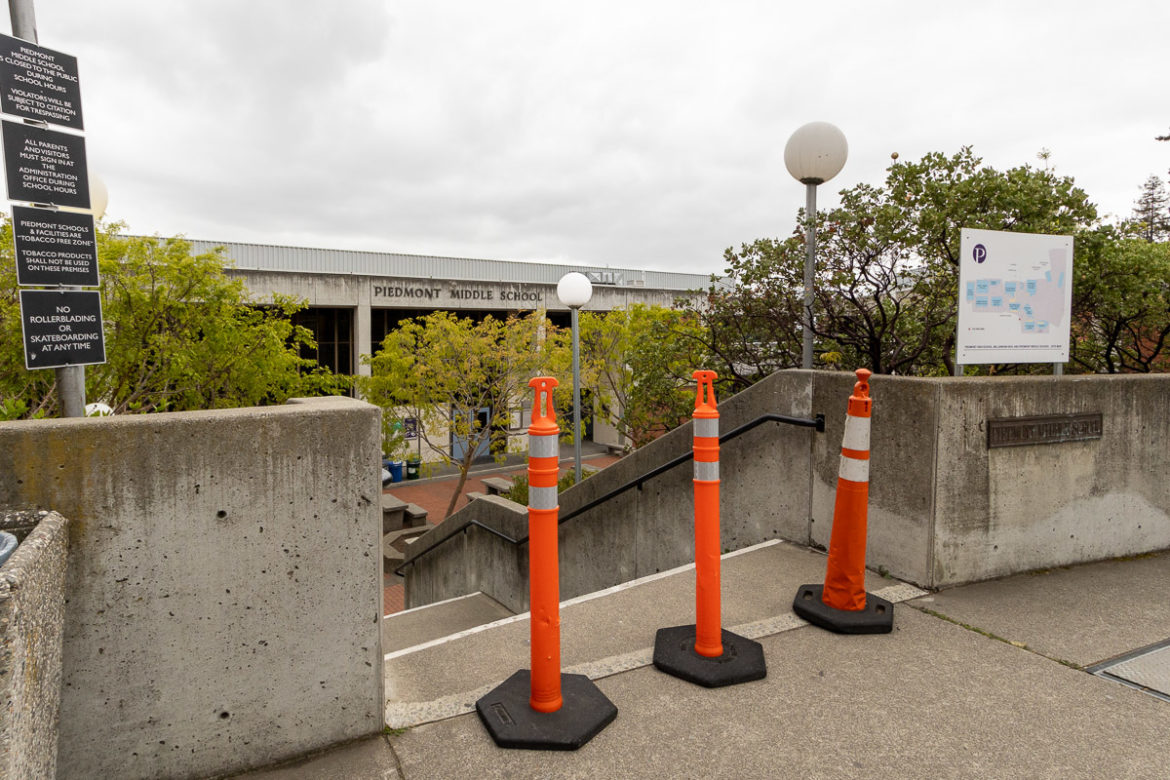 In a sobering coda to a long Tuesday night school board meeting, Assistant Superintendent Cheryl Wozniak shared initial results of a K-12 mental health screening survey, revealing the widespread negative impact distance learning and the pandemic has had on the mental health of many Piedmont students. Wozniak said each school site was taking action to connect to struggling students individually and also making school-wide efforts to create connections among students and staff.

Although there was neither a granular discussion of survey results nor the opportunity for board members to ask in-depth questions, the big picture was clear, even if the details were vague.

The screener — a combination of the Youth Internalizing and Externalizing Problems Screener (YIEPS) and the Student Subjective Wellbeing Questionnaire (SSWQ) — was administered in the fall and is expected to be conducted once or twice again later in the school year, Wozniak said.

She emphasized that this was the first time school sites have had this kind of data, and noted the challenge for the cross-district wellness team (academic and wellness counselors, staff, principals) has been figuring out how to connect to at-risk students from afar.  Although the methods varied depending on grade level, each school site has been identifying students with concerning scores and reaching out to them individually. (The results were not anonymized.)

The screener was administered differently for younger and older students. Elementary school students had the questions read to them, and were screened for “externalizing” behaviors such as aggression, conduct disorders, oppositional behavior, fighting and arguing. At the middle and high school levels, the screener also measured “internalizing” behaviors such as withdrawal, irritability, feelings of sadness, loneliness or fear. Students in upper grades showed higher levels of “significant at-risk” behavior than elementary students overall.

Depending on the severity of the case, interventions have included everything from adding more  lunchtime support breakout rooms to getting critical care for a student who required hospitalization.

Wozniak said that while many of the students identified as struggling were already on school radars, many were not, and the screening made it possible for school counselors to help those students.

“I don’t know how this is going to unfold, but we have to find a way to bring students together in some way. Even though we’re talking about a vaccine, this year is going to continue this way. This is exactly what we’ve been afraid of,” said Trustee Amal Smith.

PHS ASB President Aubrey Edel, who said she conducted her own unofficial survey many of her classmates told the Board that  “it scares me to see my peers so unmotivated. There is so much struggle.”

Newly appointed  Board President Cory Smegal said they plan to continue discussion of the topic in January.

Other Board highlights and action

Superintendent Randy Booker said that the district was prepared to re-open elementary schools as soon as the county rolls back to the Red Tier and has stayed there for two weeks. Small learning groups have been attending in-person classes and that was going well. Discussions with teachers and staff at the middle and high schools are ongoing in an effort to develop a plan for reopening that minimizes disruption to teacher assignments and master scheduling. Small learning groups at PHS and MHS have also started this week.

Booker noted the PUSD website was going to be redesigned over the winter break as it was not meeting the needs of COVID-era distance learning demands.

New Board members sworn in

City Clerk John Tulloch swore in newly elected board members Hilary Cooper and Veronica Thigpen and newly reelected Trustee Cory Smegal. The Board was then reorganized with Smegal assuming the President’s position.

The Board conducted first readings of several new proposed courses at the high school level: a computer science course (Physical Computing and Robotics), a new science course (Guitar Engineering), three new science elective courses (Field Science) and a new social studies course (Financial Literacy and Personal Finance). Board members agreed to put the new courses on the consent calendar for approval at the next Board meeting.

Board approves MOU between Piedmont Makers and PUSD, accepts $420,000 for new engineering lab

The Board unanimously approved a Memorandum of Understanding between Piedmont Makers and PUSD for equipment and personnel in the new PHS Engineering Lab, accepting a donation of $420,000 that would cover a lab manager, equipment and some infrastructure work.

The space would function as the “home court” for the PHS FIRST Robotics team but also for community use outside of school hours, in much the same way school gyms, fields, theater work. Naming rights for the Engineering Lab, Computer Classroom, and outdoor Engineering Patio are part of the MOU, including creating a donation wall to acknowledge the donors.

District says it can meet all financial obligations this year and for the next two years.

PUSD Chief Financial Officer Ruth Alahydoian presented the 1st Interim Report, financials routinely required by the Alameda County Office of Education to show that the district is able to meet its financial obligations. For 2020-2021 the District expects to meet all financial obligations including maintaining a 3% reserve.

The district is assuming there will be no increase in funding from the state over the next two years and a continued decline in enrollment.

The District is protected from the financial impact of enrollment decline next year, but will need to “significantly rightsize and adjust spending” in 2022-2023.

Alahydoian said that money from the state and the Piedmont Education Foundation made it possible to meet extra COVID-related expenses such as extra staffing, distance learning curriculum, and safety measures (PPE, ventilation).