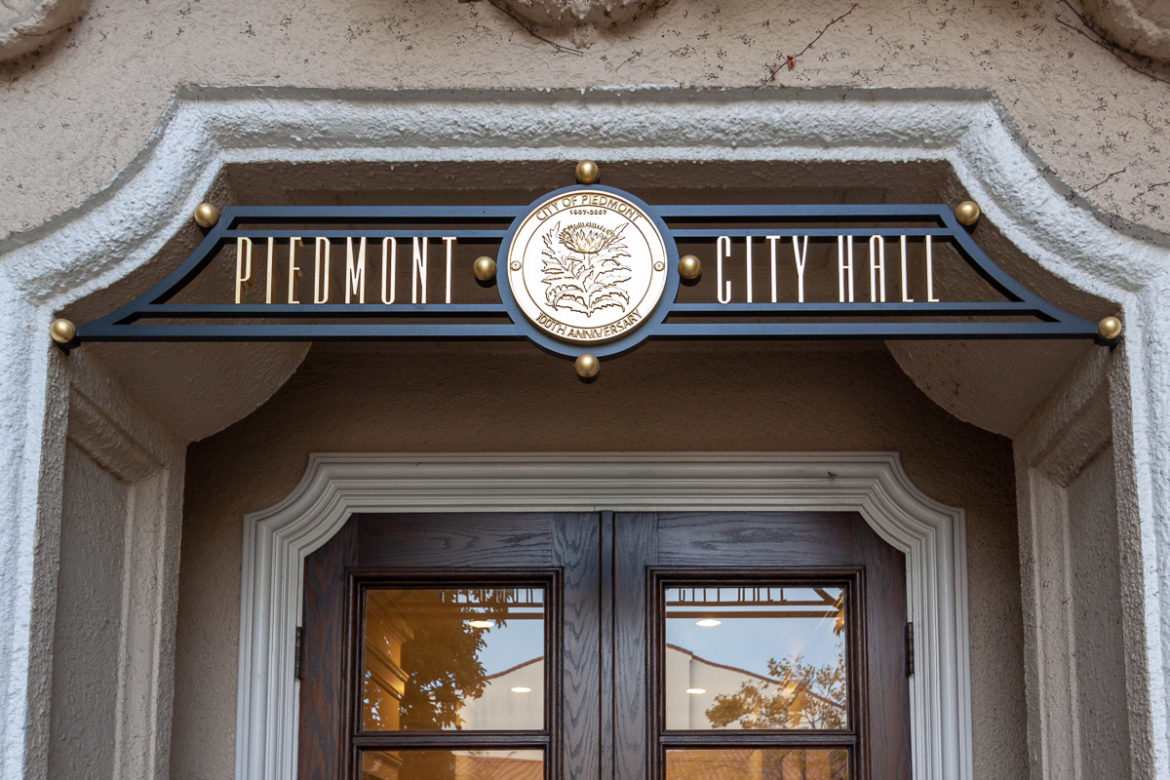 The four candidates for two seats on the Piedmont City Council participated in an online forum on October 8. The candidates were each given a chance do discuss local issues with questions posed by Nancy Beninati of the League of Women Voters. Incumbent Jen Cavanaugh was joined by Sunny Bostrom-Fleming, Connie Herrick and Conna McCarthy. The election is November 3. Vote By Mail ballots have been sent out to every registered voter.

Candidates were given two minutes to give an opening statement and one minute apiece to answer four questions. One minute was given for closing statements. Candidates spoke in a random order and the order rotated on each question.

The first question was whether the candidates support Measure UU which would authorize bonds to fund the reconstruction of the city pool. The measure limits the bonds to no more than $19.5 million.

Cavanaugh, Herrick and McCarthy all support the measure. Bostrom-Fleming opposes.

“I am 100 percent in favor of the pool,” McCarthy said. “I have a sign in front of my house, I walked door to door for the pool, I’ve donated to the pool, I’ve endorsed the pool.” She said studies have shown the pool can not be fixed and that issuing the bond now would enable the city to take advantage of historically low interest rates.

Herrick cited research that showed the Piedmont Pool was well past the normal life expectancy of a public pool — with crumbling concrete and leaks to show for it. “Replacing our public pool is something we should have done 20 years ago. It is an integral part of our schools and our communities health and well being so lets get it done.”

Cavanaugh said it was essential to replace the pool. “I don’t think it’s acceptable for us to say that for those who can afford it they can go join a country club, if we don’t have a pool, that’s OK because we can rely on Oakland,” she said, and also echoed McCarthy’s and Herrick’s points about interest rates and the pool’s fundamental problems.

Bostrom-Fleming said that she is a water lover who dives, skies, sails and swims. “But I think the pool is a bad idea,” she said. “Because it’s too much money. We’re not sure how much
it is going to be.”

Next, Beninati asked about whether the city council should consider an increase to the utility tax to create a climate fund.

Bostrom-Fleming returned to the issue of the pool, saying it was going to be an “enormous drain on us energy-wise.”

Herrick said she would support investigating such a tax, but added that residents can do more to reduce emissions. “Our house is participating in the Piedmont climate challenge,” she said. “You can do a few action steps and you reduce our carbon footprint. Easy things. Reduce your food waste, eat less meat, shop local, recycle, turn off lights, use less heat and water.” She also noted her support for the city’s proposed Reach Codes.

Cavanaugh called climate change, “one of the biggest threats to our health and environment.” She added that city staff had looked at an increase to the utility tax and “it didn’t raise that much revenue.” Cavanaugh added, “In 2015, the three largest sources of greenhouse gas emissions in Piedmont were
building electricity use, natural gas use for space and water heating and petroleum fueled personal vehicle use. We will have the greatest impact if we reduce our consumption, switch to 100 percent renewable energy sources, walk bike or take public transportation or drive an electric car.”

McCarthy said Piedmont should have a conversation about a utility tax. “I would say its not the right time,” she said. “The reach proposal … offers a lot of opportunities to reduce our greenhouse gas emissions. Piedmonters already pay a premium – I think it’s $6 a month for East Bay Community Energy for 100 percent renewable energy on our electrical appliances. I don’t see the necessity right now although I am open to the conversation.”

Next, the conversation turned to how Piedmont can add more affordable housing.

Herrick said she was a very strong advocate for affordable housing. “It falls under the umbrella of making Piedmont more welcoming to people of all colors and all walks
of life,” she said. “We are basically horizontally-challenged. We’ve maxed out on the lots. Is there a way that for us to go up. And can we go up in areas that are more commercially-oriented like on Grand Avenue or in the center of town? That would preserve the residential flavor of the rest of our city and still be able to put some units that are going upwards.”

Cavanaugh noted that there was already a crisis before the COVID-19 pandemic. “Even though we are a small city, we clearly need to do more to do our part, to be a part of the
solution,” she said. “We are embarking on a process to reevaluate our plans for providing housing of all types, specifically meet our regional housing number allocation that comes from the state. This process is going to look at lot size minimums, (Accessory Dwelling Unit) guidelines, multi-family housing zoning and many other aspects of our housing element to identify options for new housing.”

McCarthy mentioned the state Housing Element, which asks cities to set targets for adding housing for all income levels.
“As a nearly built-out city, we are challenged to meet state mandates to develop affordable housing,” she said. “For 2007-2014, our number was 40 units, for 2015-2022, our allocation is 60 units with 49 units already completed by the end of 2019. most of those new units are Accessory Dwelling Units. It’s
predicted in the next period our ask to Piedmont could be 180-600 units. We’re not going to get there with ADUs. We have to be creative, we have to look at multi-dwelling structures, maybe in commercial areas where there’s space.”

Bostrom-Fleming said, “I think this is one of the most crucial things that will have to be delicately decided. It will affect the look of this city forever.”

The final question was on the role of the city council and policing and what changes and reforms might be necessary.

“This is really an important time for all of us to take a deep breath and think about where we are as a city and as a country and what is the role of policing,” Cavanaugh said. “Is it just to protect white people or does it really serve everyone in our community? Residents, homeowners, visitors alike. I
think its the latter.” Cavanaugh added that, “I participated in some focus groups with a really diverse group of residents that gave really brutal, honest feedback to our police department about where they’re doing a great job an where perhaps people of color in particular are not having their needs met.”

McCarthy said the Piedmont Police are doing a great job. She quoted Police Chief Jeremy Bowers on dealing with the pandemic. “There’s been a lot of conversations about why aren’t our police issuing citations to people who are failing to meet health codes, wearing masks, not social distancing,” she said. “Chief Bowers explained that if a police officer issues a citation, it is a criminal misdemeanor. They don’t want to use that as a tool. They want to go an administrative route and have citations issued through administrators.”

Herrick said, “I would view my job as a council person to bring the voice of all of the residents that I come in contact with and what their issues are with policing in order to communicate that to Chief Bowers and aid in creating policies around that.” She said she was at one of the events Cavanaugh mentioned.

“That was an extremely interesting evening because it turned into a very, very difficult and deep discussion about race and some of the events that are happening in our town around that,” Herrick said.