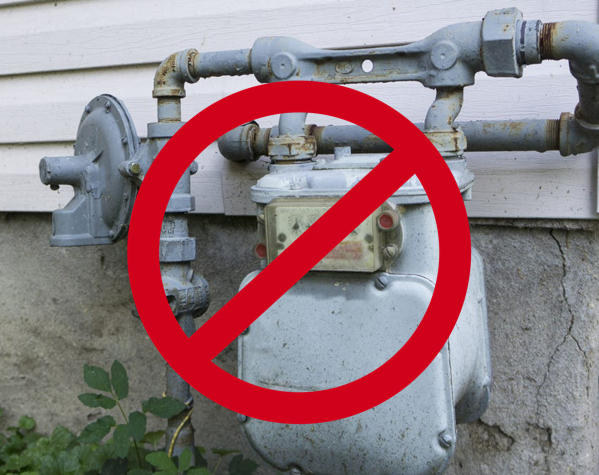 There have been enough concerns and questions raised about the city’s planned building code changes — both by residents and the two council members who voted against them — that a second reading enacting them has been postponed to conduct more outreach.

The changes, dubbed Reach Codes, are intended to address one of the city’s major sources of greenhouse gas emissions by making homes more energy efficient. With almost no new construction within its borders and little commercial area to address, the new Piedmont codes focus on cutting natural gas consumption in the homes already here.

“If we don’t reduce natural gas use in our existing building stock there is no way we are going to meet our greenhouse gas emission targets.”

“Even if we reduce all our other emissions we will be more than two times above our goal. So it’s critical for us to do that.”

Surveys of residents have consistently shown deep concern about climate change and strong support for taking steps to reduce the city’s emissions that contribute to it. What Piedmont generates is small compared to large cities around it that have freeways and industry, but the idea is to manage the city’s main source of emissions, not to balance it against its neighbors.

“I don’t think anybody in their right mind would think we are trying to do so,” Jackson said. “That’s not it’s intent. Piedmont has goals to reduce the amount of emissions within its boundaries. We don’t have a refinery. Emissions from natural gas in buildings account for about 50 percent of our overall emissions. If we’re going to meet our 2050 reduction goals we have to change that.” The code changes are not arbitrary, are not “boilerplate,” as some online commenters have said, and were compiled after an extensive process, he said.

“We held focus groups,” Jackson said. “We had an online survey up for 30 days. And it was all really fruitful. We got good engagement from property owners and contractors and revised the codes based on that,” with consideration given to what might be encountered.

A survey of 400 voters conducted by FM3 Research showed that two-thirds of respondents strongly support or somewhat support reducing natural gas consumption by revising building codes. The survey followed community meetings with residents and contractors on the requirements formulated by the city and consultants from East Bay Community Energy, the city’s designated power provider.

“We got a lot of feedback and made modifications in response to concerns we heard,” Jackson said. “After a lot of public engagement we feel these regulations are the right fit at this time. I think the council should have confidence that Reach Codes are supported by Piedmonters.”

Nonetheless, questions and concerns have mounted since the City Council majority approved the first reading on July 20. A portion of the code addresses gas-powered appliances — stoves, furnaces, water heaters — and paving the way for replacing them with electrical appliances, whether now or in the future.

“Nobody is going to be forced to give up their gas range if they really like it,”

Jackson said, noting that there are other, lower cost options that would both increase energy efficiency and bring a remodel or renovation project in compliance. A kitchen or laundry room project of $25,000 or less would be required to have an electrical hookup installed to make it easier for subsequent owners to install an electric appliance.

The $25,000 threshold was chosen because 80 percent of the city’s building permit applications are for jobs costing less than that. One commenter said such a hookup for a kitchen remodel in an older home would require costly rewiring, but Jackson said that would be true even without the Reach Codes because “you would have to bring it up to modern standards anyway.”

Many of the options for meeting the code’s requirements represent relatively low cost aspects of a remodeling project, including a package of attic insulation, air sealing, and duct sealing; floor insulation; a package of low-flow fixtures and water heater and/or water piping insulation; and a package of high-efficiency lighting and controls for internal and external lights. The code requirements “are meant to start when people do work on their homes to make them more energy efficient and more electrified.”

Homeowners who already installed these measures would not necessarily be penalized, Jackson said. “The building code gives the officials authority to waive the requirement if it’s not appropriate,” he said, adding that work already done “would come into play.”

“Every property has something different about it,” Jackson said. “We would look to see if they have done a lot of work already.”

The requirements are greater for major projects such as adding a second story to a home or all new construction such as a detached accessory dwelling unit.

Jackson said that the required changes “are cost-effective in the long run,” and that “Some have their payback really quick.”

He also noted that homes that do choose to go all-electric qualify for a tier with lower monthly rates from East Bay Community Energy, while homes that retain gas service aren’t eligible.

The revised codes are an important step to reducing Piedmont’s overall carbon footprint, which residents have named in surveys as a priority for the city. As for how they will actually work in practice, “The building code is revised every three years, so there is ample opportunity to improve these,” Jackson said.

The city has yet to schedule new outreach efforts and has not set a date for a second reading. In the meantime, many of the concerns are addressed in a an online FAQ the city has compiled at https://piedmont.ca.gov/UserFiles/Servers/Server_13659739/File/Government/Departments/Planning%20Division/Reach_Codes/Reach_Code_FAQ.pdf .

Jackson said the page will be updated next week with additional answers to questions recently raised by the community.

“These are well thought out, moderate code regulations–and without them we will not make our climate action goals,” Jackson said, noting that emissions attributed to natural gas have not decreased since Piedmont began tracking them in 2005.

“Voluntary efforts aren’t making a difference,” he said. “The volume of change is not getting us anywhere.” Climate change is already creating issues and costs for the community, Jackson said.

“If people take in the long picture, the upfront costs pale in comparison to the worst effects that climate change is going to make in the coming decades,” he said. “Even now, we’re getting applications to install electric generators and air conditioning systems. (Generators are powered by natural gas, he noted.) “It’s better to mitigate the effects now than to pay more later.”