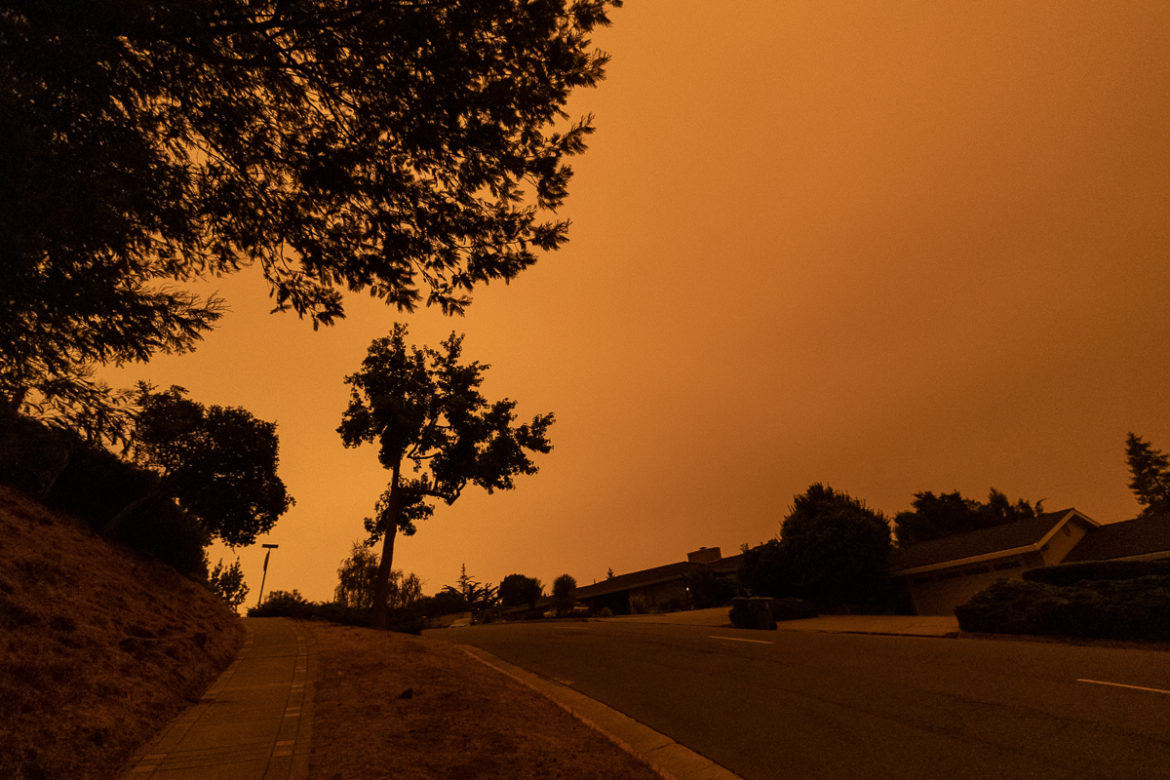 Hampton Ave at 9am Wednesday morning

Smoke from the August Complex fires in Mendocino County settled on top of a marine layer in the Bay Area this week, turning the sky various shades of red and orange.

According to Bay Area Air Quality Management District spokesman Ralph Borrmann, the smoke that descended Wednesday is filtering out blue light, giving skies around the Bay Area a red-orange tint.

In addition to smoke from the August fires, the Bay Area branch of the National Weather Service noted on Twitter that lower temperatures and weaker winds compared to the last several days are allowing wildfire smoke suspended in the air to fall closer to the ground, contributing to the sky color change.

Borrmann said that while the air district extended its Spare the Air alerts through Friday, air quality is not being adversely affected by the smoke because the marine layer is, in effect, insulating low-lying areas.

Parts of the Bay Area at higher elevations may be more susceptible to poor air quality, but communities that lie at or close to sea level are not being adversely affected like in previous days.

The sky color is not expected to change much from its current state the remainder of this week, according to Borrmann, as continued widespread haze and dense smoke persist, limiting sun exposure and lowering temperatures to seasonal averages.

The National Weather Service said San Francisco and Oakland were likely to reach highs in the mid to upper 60s on Thursday, with lows in the upper 50 and increasing clouds at night.

Palo Alto and Santa Rosa areas were expected to be increasingly sunny Thursday afternoon, with highs in the mid to high 70s, and lows in the 50s at night.

A very slight warming trend is expected over the next few days and into the weekend.

Updates about air quality in the Bay Area can be found at the Bay Area Air Quality Management District’s website.