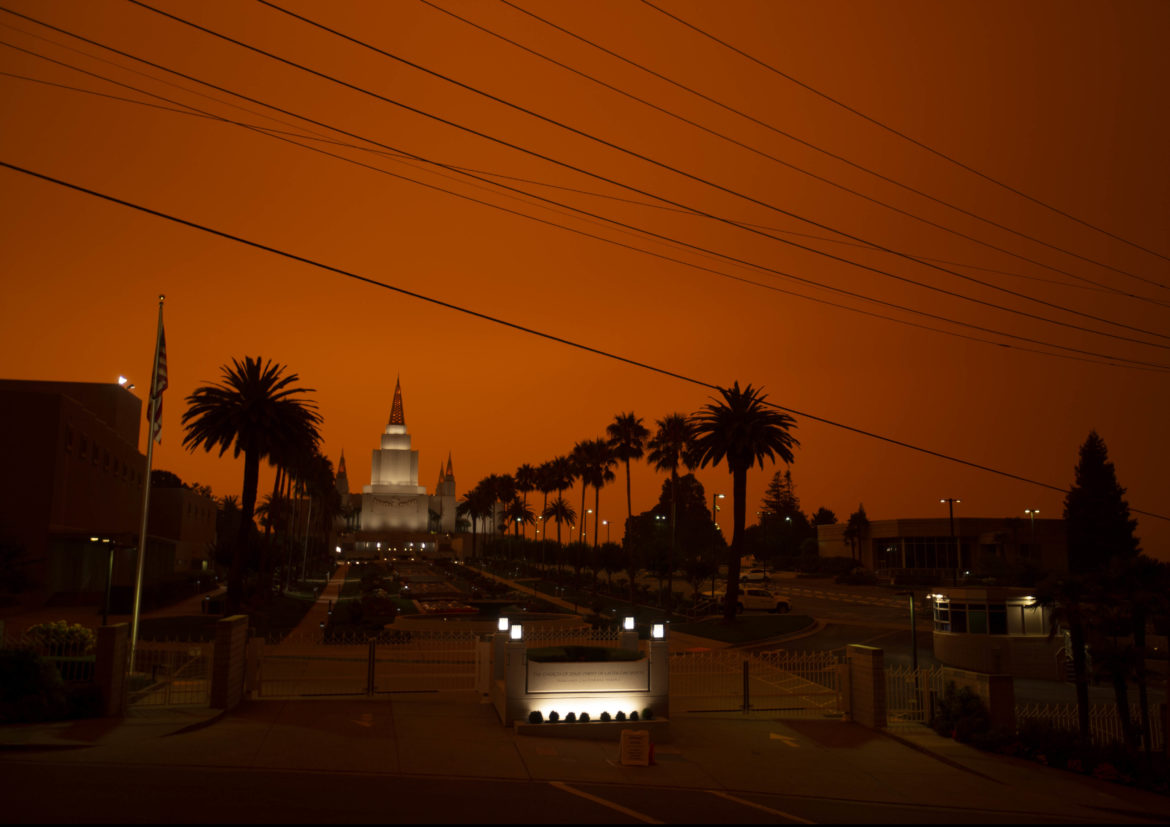 Smoke from the August Complex fires in Mendocino County settled on top of a marine layer in the Bay Area Wednesday, turning the sky various shades of red and orange.

In addition to smoke from the August fires, the Bay Area branch of the National Weather Service noted on Twitter that lower temperatures and weaker winds compared to the last several days are allowing wildfire smoke suspended in the air to fall closer to the ground, contributing to the sky color change.

Borrmann said that while the air district extended its Spare the Air alerts through Friday, air quality is not being adversely affected by the smoke because the marine layer is, in effect, insulating low-lying areas. Parts of the Bay Area at higher elevations may be more susceptible to poor air quality, but parts of the Bay Area that lie at or close to sea level are not being adversely affected like in previous days.

The sky color is not expected to change much from its current state in the next day, according to Borrmann. Updates about air quality in the Bay Area can be found at baaqmd.gov.