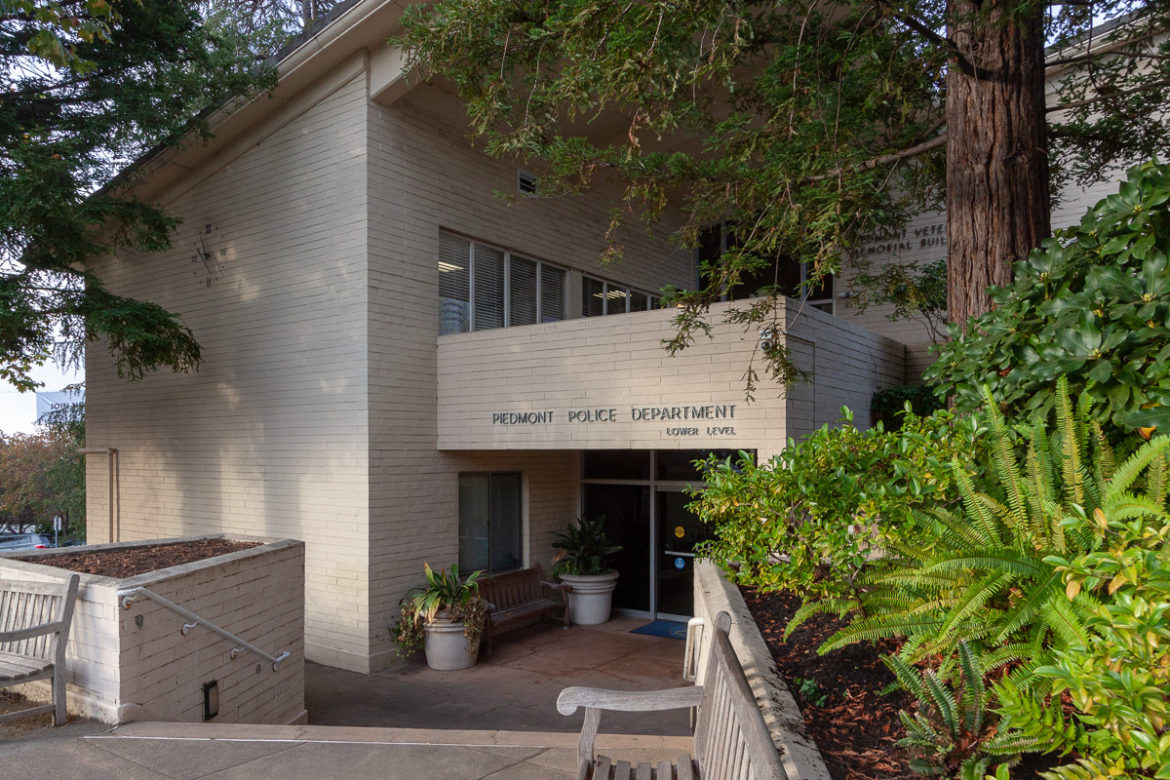 On September 4, a group of juveniles were reported near the Exedra riding their bikes and playing “vulgar” music. The reporting person told the kids to stop and that there is no bikes and skateboards allowed. They were gone when police arrived and no information is available on exactly what the vulgar music was.

A resident was working on a car late at night prompting a neighbor to call Piedmont Police. The incidents happened early in the morning of September 6 and then again that night. The calls came in for a house on Fairview Avenue.

The first call came in around 1:30 a.m. The report said the resident was shouting and had been working on his car all night.

The next call came in a little after 8 p.m. The reporting person called it an “ongoing issue” and said the neighbor had been working on the car all day. Police again responded and the neighbor told police he will stop the work.

Piedmont Police conducted what the department is calling a “high risk” felony traffic stop on the night of September 14. A stolen 1995 Honda Odyssey was driving northbound on Highland Avenue at 8:41 p.m. It was pulled over and a single driver-occupant was ordered out of the car at gunpoint. Celsa Arr-Recinos (born 1984) was detained while the car was searched.

Officers found burglary tools “common with catalytic converter theft” and various vehicle keys. The vehicle was towed for evidence. The suspect was cited for possession of a stolen vehicle, possession of stolen property and possession of burglary tools. Under Alameda County jail COVID-19 protocols, he was released.

On September 18, shortly before 4 a.m., three suspects were observed breaking into a car on Sea View. Officers attempted to stop the theft, but one of the suspects drove the auto off which led to a single-vehicle crash at Highland and Piedmont Court. Two suspects were arrested and third fled. Luis Alberto Villegas (born 1984) and Jaime Ambrez (born 1979) were cited and released for possession of a stolen vehicle, possession of burglary tools and several vehicle code violations.

A member of the San Francisco Fire Department had his badge stolen during a middle of the night theft at his residence on Sea View Avenue. The victim’s 2016 Volkswagen was parked in front of his residence. At 4:30 a.m. on September 17, the victim awoke to the sound of his garage door opening. He looked out his bedroom window and saw a dark colored vehicle driving away northbound on Sea View.  He saw his car’s doors were all open and the interior light lit. Several items were stolen including his San Francisco Fire Department I.D. and badge. There were no signs of forced entry.

The police log also reported a woman chased by a group of turkeys on the morning of September 15. The report came from Arbor and Nova drives. The woman was able to eventually get into her car and was gone when Animal Control arrived. The turkeys were on the median at that point.

On September 12, a resident on Wistaria Way reported a “critter” in her bathroom. The critter turned out to be a mouse.