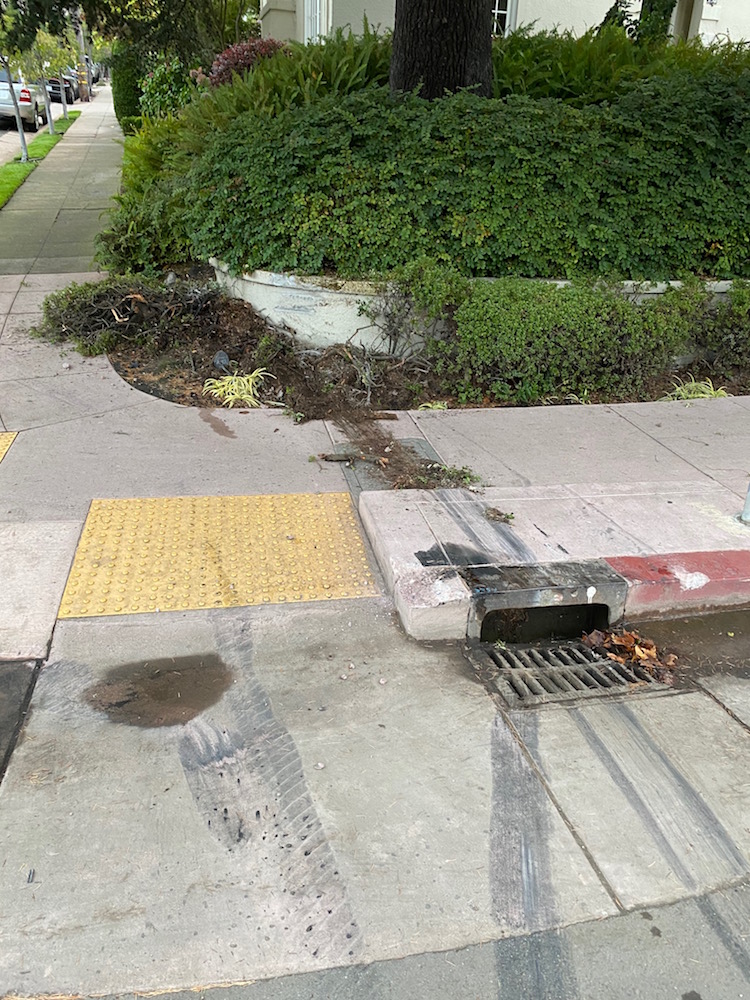 Stolen truck crashed into a low wall on resident's home on Highland Ave.

Two suspects were cited and a third released after an early-morning incident involving a stolen truck crashing on Highland Avenue. The incident happened around 3:45 a.m. on September 18.

According to Piedmont Police Department Captain Chris Monahan, a call came into dispatch that the reporting person heard a loud noise and saw a neighbor’s vehicle with its door open. Officer Seumalo responded and found a white Chevrolet truck and suspects near a vehicle on Sea View Avenue. The officer attempted a traffic stop and the suspects fled in the truck. According to police, no pursuit was initiated.

The truck crashed on Highland and struck a retaining wall near Piedmont Court. Two suspects fled while a third was in the truck. The driver was chased down by Officer Seumalo.

Barbara Love, a neighbor, said she and her husband were awakened by the sounds of the truck screeching down Highland. She said the officer pulled up in front of her house and she saw, “driver jumps out of car and starts running across street towards (the) park. (The officer) catches him and tussles to (the) ground.”

Piedmont Fire Department arrived on the scene and determined that no medical attention was needed for the two suspects.

The truck had been stolen from Antioch.

Piedmont Police contacted the Alameda County jail and determined that the suspects would be cited and released.

“We chose to cite both suspects and release with a ride out of town,” Captain Monahan said.

One thought on “Suspects crash stolen truck on Highland Ave.”