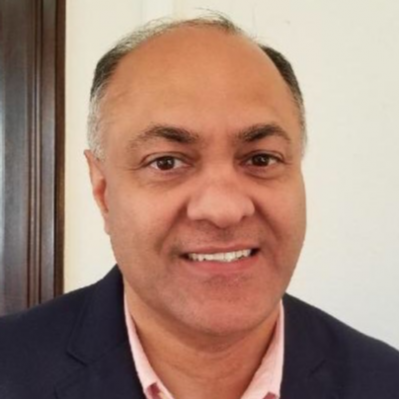 Hari Titan has been involved in the schools since moving to Piedmont in 2008. He has committed time to both parent organizations as well as the political campaigns for multiple measures. He has also run for a seat on the Piedmont Unified School District board of education three times.

Titan has thrown his hat in the ring again. He is one of five candidates running for three seats on the PUSD board in the November 3 election. The three top vote-getters will assume their spots on the board at the end of the year.

Titan’s older son went to Piedmont High School at the time of the move. His daughter is now a student at PHS. He said his family moved to Piedmont specifically for the schools. Titan volunteered with the Havens Dads Club and the STEAM Funding and Marketing Committee, among others. He volunteered for measures H1, H and G. His current work as a consultant allows him to commit time to education.

In an online Q&A with the Exedra, Titan wrote, “I have been active in a variety of community issues, principally school-related, since 2013. My experience and vocation equip me to make decisions from a very scientific and analytical perspective. I have been a very vocal advocate for full-disclosure transparency in the leadership, management, and operation of our schools.”

Titan said the education and health of students is his primary focus. “Even in especially complicated times like these, it is possible to meet both of those goals. We owe it to the students to work towards that goal,” Titan said.

The immediate issue facing the schools in Piedmont is a safe return to in-person education, according to Titan. A longer-term issue is the hiring and retention of the best teachers Piedmont can get.

Titan said he would like to hold a “safety summit” if elected. It would bring together various stakeholders, including the teachers union epidemiologists, board members and parents in an attempt to “find scientific consensus on a path forward.” Titan said he has begun work on the idea and has been working with a local epidemiologist on plans to safely reopen schools as soon as possible.

“The school board needs to be taking a leadership role in getting to a scientific consensus by communicating and organizing the stakeholders,” Titan wrote. “This is not easy for non-scientists to do.”

Titan comes from a family of educators. His parents taught on tribal lands in northern Canada. He completed his high school education in Saskatoon, Canada, then earned a Bachelor’s degree in Computer Science and Mathematics and a Ph.D. in Computer Science. He has worked as a
mathematician and data scientist for 20 years. He has a patent in the field of neural network artificial intelligence.

Read Titan’s Q&A HERE for more details about his priorities and positions.