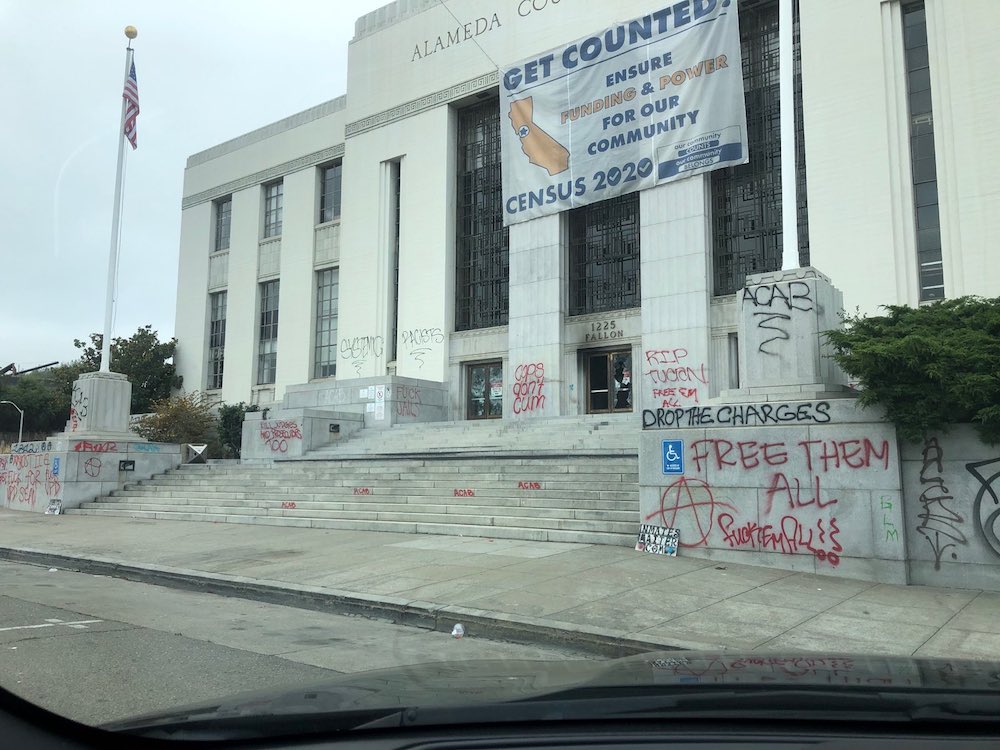 Oakland Mayor Libby Schaaf chastised people who attended a protest over the weekend for vandalizing a police station and attempting to set the Rene C. Davidson Courthouse on fire.

The Oakland Police Department and Oakland Fire Department both confirmed Saturday night that agitators at the protest had started a fire at the courthouse that was quickly extinguished. The Alameda County Sheriff’s Office said Monday on Twitter that the estimated damage to the courthouse is roughly $200,000.

Fireworks and dangerous projectiles are some of the items agitators used to assault officers. We ask the organizers of tonight's demonstration to work with us, calling for peace and help us provide safe spaces and safe places for demonstrators. pic.twitter.com/ImpQdquirU

“We celebrate passionate protest but Oaklanders need to know that when they attend protests after dark they may be providing cover for agitators who are more intent on stoking civil unrest than advancing racial justice,” Schaaf said in a statement Sunday.

The protest began as a show of support for protesters in Portland, Oregon, who continue to demonstrate against police brutality following the May 25 death of George Floyd in Minneapolis police custody.

The Portland protesters have clashed multiple times over the last two weeks with federal agents and law enforcement officers in unmarked uniforms.

“Vandalizing our downtown gives Donald Trump the images he wants and the justification he seeks to send federal troops into American cities,” she said. “We can’t be fooled and play into his twisted campaign strategy.”