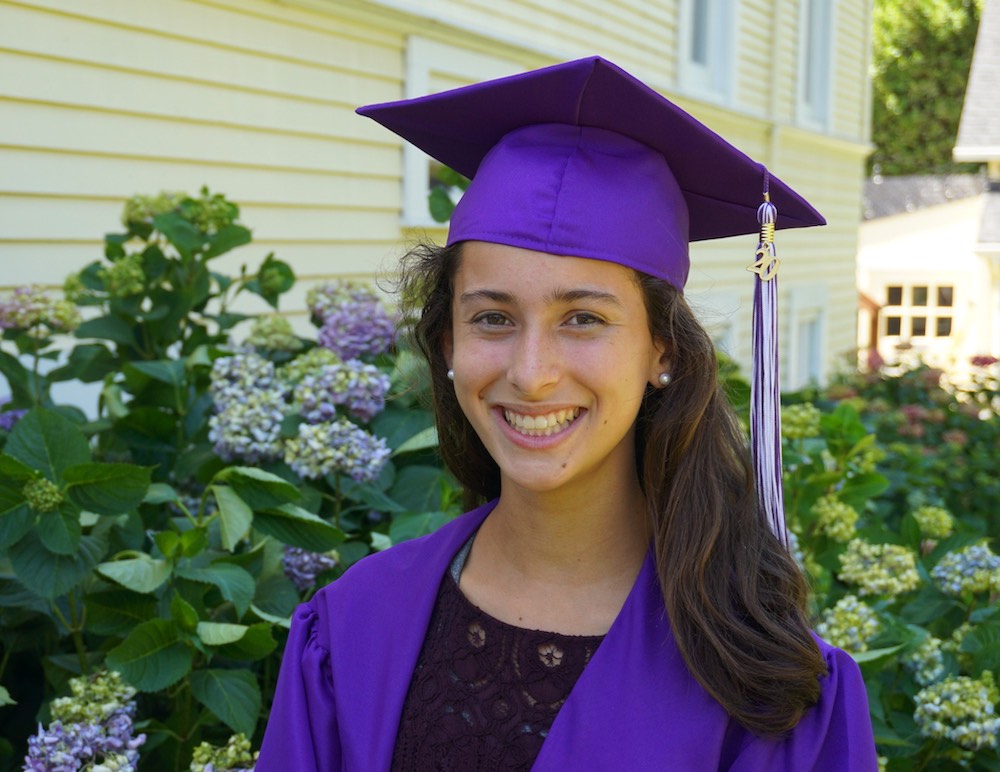 Although this year’s PHS senior class is filled with bright students, accomplished athletes, talented artists and writers, future engineers and more, one extraordinary student has been chosen to deliver the valedictory address.

Sophia Zalewski is not only known for her academic mind, but also her dedication to being a well-balanced student athlete. Zalewski has been a top competitor in Cross Country and Track and Field for the past four years of high school, and plans to run at the collegiate level next year. She will be adhering to a demanding schedule, with running in both seasons for Carnegie Mellon University as well as pursuing a major in Computer Science.

Sophia found out about her chance to represent the class early last week during the Senior Awards Ceremony. When her name was announced as valedictorian, her family was overwhelmed with pride, and her living room instantly became the happiest place in Piedmont. Zalewski says she is honored to represent the Class of 2020 during this historic time, and believes that “given the fact that there is so much fear and hesitation during this time, a sense of community is more important than ever.”

Zalewski’s wit and kindness are evident to all who know her. She says that she owes her success to all the people in her life, her parents, friends and teachers alike. One class environment in particular that inspired her was Calculus BC with Amy Dunn. Her peers and Ms. Dunn pushed her to enjoy learning and excel in math.

“Even though we did not receive the closure we deserved, we still have worked extremely hard over these past 4 years and should look back on our time at PHS as an extremely valuable part of our lives. Because we can’t see our peers right now, It makes it even more important that the Class of 2020 reconnects and maintains the deep connections we have formed throughout the years,” she said.

It is unclear whether the valedictorian and salutatorians will be giving a speech at the graduation ceremonies, but all students will be able to view it in an online video package. Sisters Diana and Natalie Lim were the co-salutatorians.

One thought on “Meet the PHS valedictorian: Sophia Zalewski”