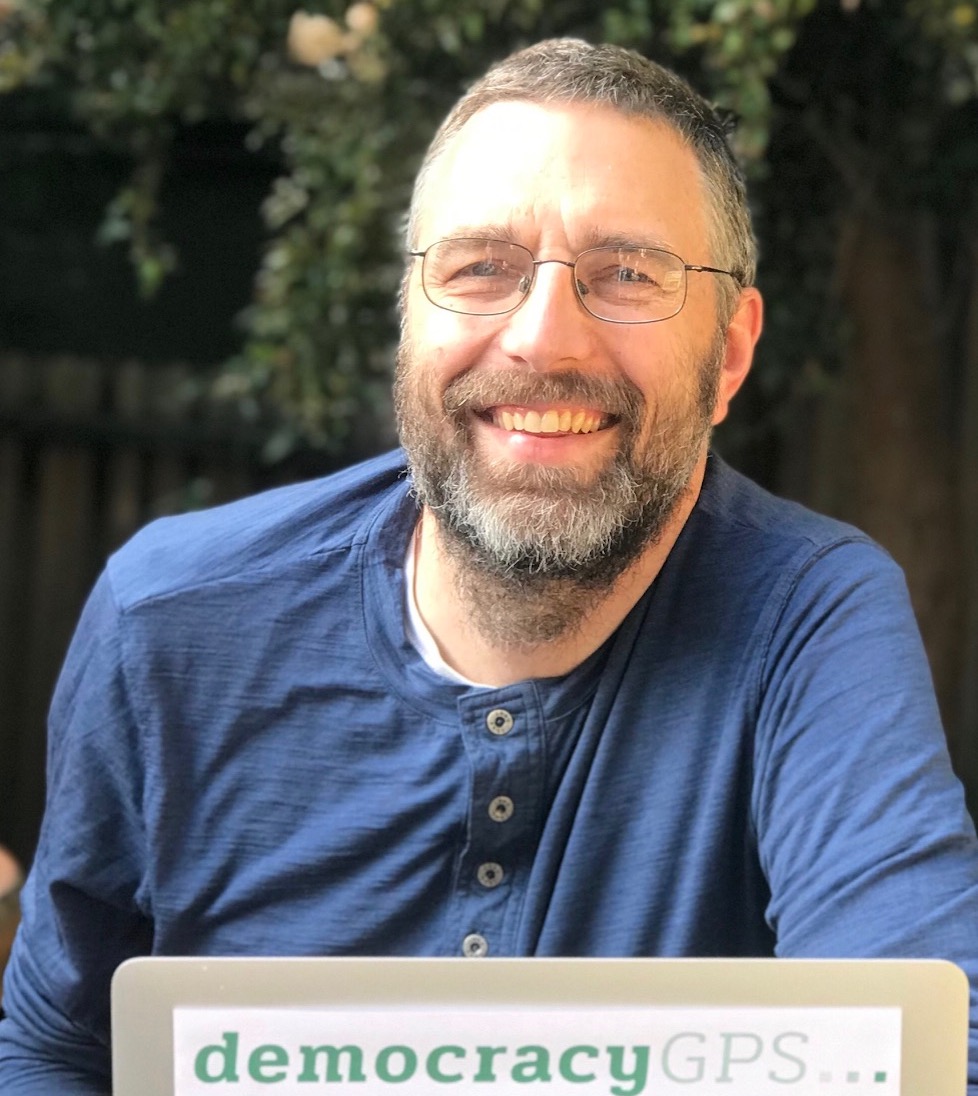 A new online survey about Piedmont’s public safety cameras marks the community’s foray into “electronic democracy,” a growing movement arising from the intersection of politics and computing.

The survey was released independently by DemocracyGPS, an organization founded by computational physicist and Piedmont resident Chris Krenn. Krenn calls the survey “complementary” to one released by the city of Piedmont in September [learn MORE], and adds that his hope is to use this and future surveys as a way to develop an “inclusive and dynamic platform for debate on city issues.”

The public safety camera survey is live until November 27, 2019. Piedmont residents may participate by logging in to:

DemocracyGPS’s survey is designed to allow residents to offer opinions, make policy suggestions, and otherwise voice concerns or thoughts that may not always fit in the format of traditional surveys. It also has the capability to help residents engage with each other and share ideas about policy. Participants can fill out the survey on their phone or laptop. Their identities are kept anonymous.

Krenn says he expects the survey will help representatives and Piedmont voters develop a clearer understanding of exactly what the issues are with public safety cameras, what the city’s options are, and most important, what the public wants. Survey results will be shared with the city.

Electronic democracy is a growing movement in the U.S. and abroad driven by tech start-ups, civic innovators, political parties, and a multitude of activists who share the view that voters voices are being drowned out

Krenn’s work recalls that of another Piedmont resident, Hari Titan, computer scientist and three-time school board candidate, who has proposed a data-driven electronic town hall to collect community feedback on district-related issues. Krenn, who cooperated with the city in timing the release of the survey says the public safety camera issue is an ideal launching pad because it is critical to Piedmont’s future, but has not provoked much dialogue.

“Electronic democracy” is not just a way of putting data to use, it is also a growing movement in the U.S. and abroad driven by tech start-ups, civic innovators, financiers, political parties, and a multitude of activists who share the view that voters’ voices are being drowned out by special interests.

Voters in democracies elect their representatives and the representatives are supposed to carry out the voters’ will. But it doesn’t always work that way. Once in office representatives answer to other masters: campaign contributors, lobbyists, advocacy groups, and so on. If you’ve ever wondered if your representative had any clue where you stand on an important issue, you’re not alone. It is this feeling of disconnect that propelled many in the electronic democracy movement to ask the same question: can technology make democracy work better?

Krenn founded DemocracyGPS in 2013 and designed its software systems with the intention of closing the gaps between what voters want and what government actually does. “I have a vision of an electronic, non-partisan democracy system that holds our elected representatives more accountable,” Krenn explains. “The idea is for voters to have a voice and a tool to apply more pressure than just an up or down vote every two years or so.” DemocracyGPS takes no outside money and was created as a non-partisan, not-for-profit partnership. (Krenn is currently seeking 501(c)(4) status.)

David Evan Harris, a lecturer at UC Berkeley’s Haas School of Business and an expert on electronic democracy points out that such movements may have the potential to help eliminate or at least reduce one of politics’ most corrupting problems: big money. “Politicians have to raise money so they can run campaigns,” says Harris. “The campaigns communicate to voters what they intend to do. But if a more direct relationship between candidates and constituents can be created, then maybe politicians wouldn’t be so dependent on money.”

In the last decade, grassroots movements supporting various types of electronic democracy have appeared around the globe at local, regional, and national levels — including the Flux party in Australia, the Net party in Argentina, the Digital party in Uruguay and the Pirate party in Europe. Some of them have even succeeded in electing representatives to office. Here in the U.S., startups such as Pop Vox and the recently disbanded Brigade, which was funded by Facebook co-founder Sean Parker, have focused on bringing more information to the public on the stances of their elected officials.

Critics of electronic democracy complain that it may lead to what the Founding Fathers feared — “plebiscite democracy” — in which public referenda settle every issue through an up or down vote. But electronic democracy proponents say that it serves an entirely different purpose: it works separately from the electoral system and would in fact make representative democracy stronger by raising voter awareness. Other critics question the safety of using online platforms — given the targeting by foreign adversaries — to conduct political or informational activities. Krenn responds that DemocracyGPS uses data analysis and computer security best practices to minimize the chances of data being modified or manipulated.