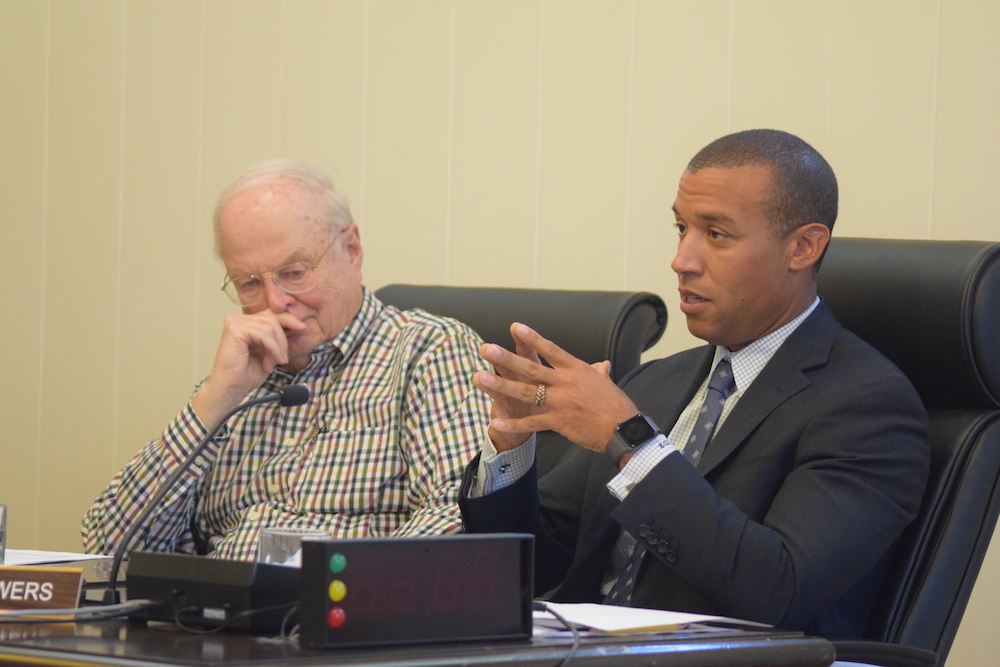 The city is in the midst of a survey to help determine whether to expand a program to place public safety cameras at key local intersections, and they’re looking for as many Piedmont residents to respond as possible.

“We wanted to be straightforward (and) objective, and I think we’ve obtained that with what we have,” police Chief Jeremy Bowers told the city’s Public Safety Committee Thursday night.

The survey, now on the city’s website (https://www.surveymonkey.com/r/cityofpiedmontpublicsafetycameraprogram), seeks responses about cost, privacy issues, who’s allowed to see the videos, length of time videos are retained, and other questions commonly accompanying the discussion of surveillance cameras.

City Councilwoman Jen Cavanaugh said Thursday night that privacy concerns and camera installation cost are two key factors being weighed in deciding whether to go ahead with the program. A key issue, she said, is whether Piedmont residents think the added safety is worth whatever loss of privacy the cameras may bring.

“I hope that, in the survey, we hear about the tradeoffs, and see how many folks have privacy concerns,” Cavanaugh said at the end of Thursday’s Public Safety Committee meeting. “It does send a message to people about who we’re videotaping, and ultimately we’re mostly videotaping ourselves.”

The city has had a trial public safety camera installation — three cameras at Grand and Oakland Avenues at Piedmont’s main southern entrance — since 2012. The next cameras, if approved, are proposed for the intersections of Grand and Wildwood Avenues, Grand and Rose Avenues, Sunnyside and Olive Avenues, Trestle Glen Road and Cavanaugh Court, and Kingston and Monte Cresta Avenues. These locations could change based on various factors, the city says.

The public safety cameras survey larger swaths of ground for whatever may happen within their view, and do not record license plates.

The survey went live on Tuesday, Sept, 24, and Bowers said he expects it will remain active for about a month. Approximately 100 people had completed the survey as of Thursday night, he said, which he considers a strong response. He also said he hopes at least 5 percent of Piedmont’s 11,000 or so residents — 550 to 600 — take the survey.

“There’s no specific number … but the larger response, the better,” said Bowers, adding that he hopes a report on it can be presented to the City Council in November.

Added Committee Chair Lynne Wright, “The committee will not be making a formal recommendation, pro or con” as part of that November report to the council.

Other news from the Public Safety Committee meeting

“She’s been busy; that’s a good thing, and that’s what we had hoped,” Bowers said of Casalnuovo, who was named in May to fill this new position.

A $391,599 California Department of Justice “tobacco grant” will pay for the juvenile officer position for two years.

After a spirited community debate as to what sort of officer the community wants — a debate that ultimately saw rejection of a more common “school resource officer” position — Casalnuovo will work with the Piedmont Unified School District to conduct student and parent education classes on the harmfulness of tobacco use and develop a diversion program for youth who are detected using tobacco products.

That diversion program is still in the works, Bowers said Thursday.