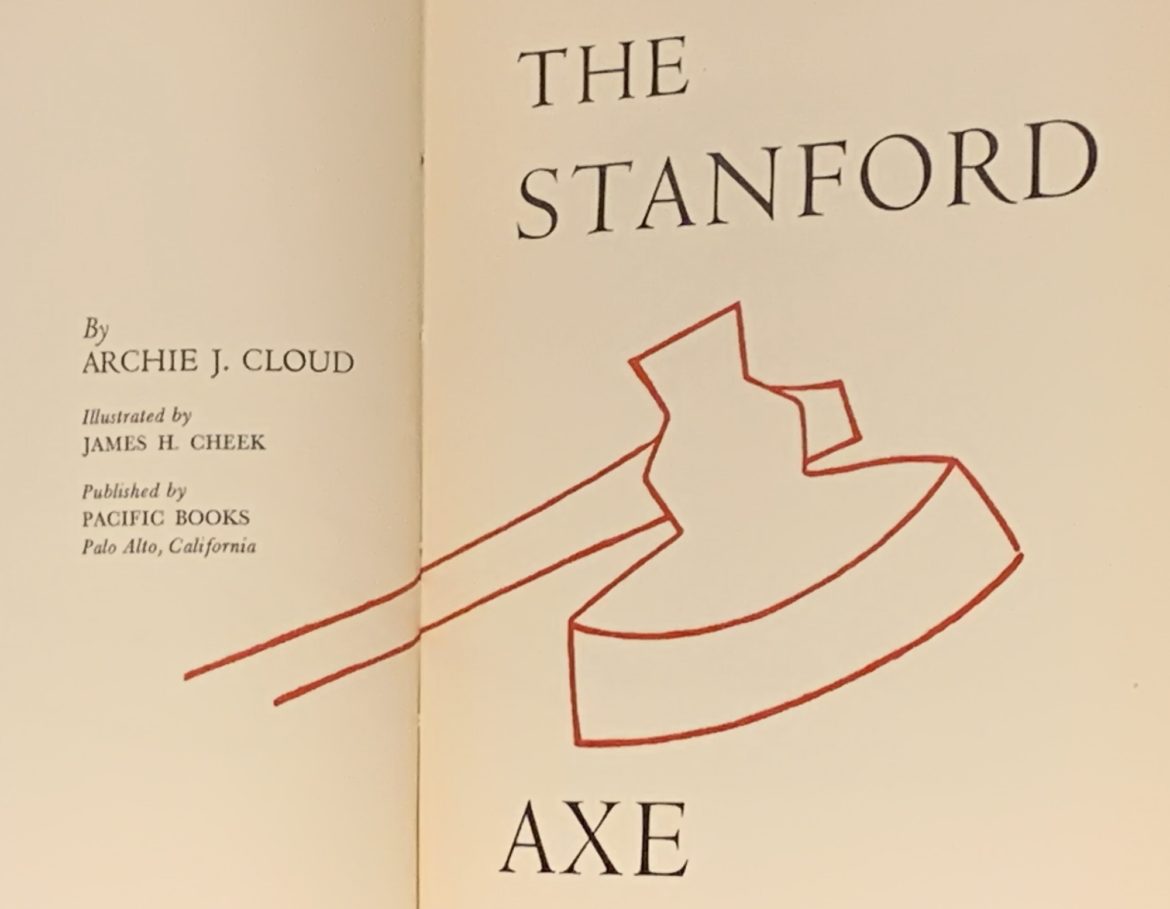 As Cal and Stanford gear up for the Big Game this weekend, football fans from the East Bay to Palo Alto will surely enjoy reliving the rivalry’s rich history of pranks and mischief.

But few tales surpass the swiping of the Stanford Axe, an escapade that gave rise to a tradition of off-field (and sometimes on-field) horseplay between the Golden Bears and Cardinal faithful.

To explain the story of the Axe, the Exedra spoke to Piedmonter Cameron Wolfe, whose grandfather, Everett Brown, played a key role in the Axe’s emergence as a symbol of this football rivalry.

It was 1899 and the Intercollegiate Baseball Series between Cal and Stanford was off to a spirited start. Underdog Cal had taken game one, and Stanford was looking to prove their status as heavy favorite. But in a Blue and Gold stunner, Cal pulled off another upset and with a 9-7 victory, nabbed the series title.

While rooters on both sides take up the call these days, the chant was originally a Stanford classic. The yell began as purely symbolic, but for the high-stakes 1899 baseball series, Stanford students decided to bring the chant to life and crafted a long wooden handle with a 15-inch blade, decorated, of course, with a cardinal red “S”.

The axe made its public debut in that now-infamous game two, and the Golden Bears decided they had a rightful claim to the axe that had been taunting them. In a harebrained scheme concocted at the game, four Cal students decided to steal the axe. They followed the Stanford axe-bearers out of the San Francisco ballpark to Sixteenth and Folsom and launched a surprise tackle from behind. One of the perpetrators was Cal student Everett Brown.

Miraculously, Billy Drum, a Cal student and the top west coast collegiate sprinter at the time, just happened to be walking by. The axe found its way to Drum’s hands and in a flash he was sprinting through the streets of San Francisco (with a pit-stop at the butcher to cleave the axe into coat-stuffable parts) and heading for the Ferry Building. With another few strokes of luck and ingenuity, the team of schemers managed to dodge the police, hop on a ferry, and bring the axe across the bay to Berkeley, where it found a home in a private vault of a bank.

For the next thirty years Cal fans held onto the axe. Then in 1930 The “Immortal 21” (or “immoral” depending on who you ask) of Stanford recaptured the axe.

It was an elaborate ruse involving Stanford students disguised as newspaper reporters, flash bulb cameras used to blind their unsuspecting quarry, a tear-gas bomb, an old-fashioned strong-arm seizure of the Axe, and decoy getaway cars to elude their pursuers. The meticulous plan worked – the Cardinal finally brought the axe back home.

It was Everett Brown, the brainchild behind Cal’s first felonious operation, who eventually suggested the axe be held as the grand trophy for the victor of the Big Game, and since 1933, it has peacefully changed hands between the schools.

This Saturday marks the 122nd Big Game, the oldest football rivalry in the west. When only two minutes remain, the axe will be brought to the 50-yard line for “The Stare Down” until a winner is declared. Stanford has taken home the famous prize for nine years in a row, but it’s anybody’s axe!

All photos of Archie Cloud’s 1952 telling of “The Stanford Axe,” by Anna Eilertsen, courtesy of the library of Cameron and Fran Wolfe.