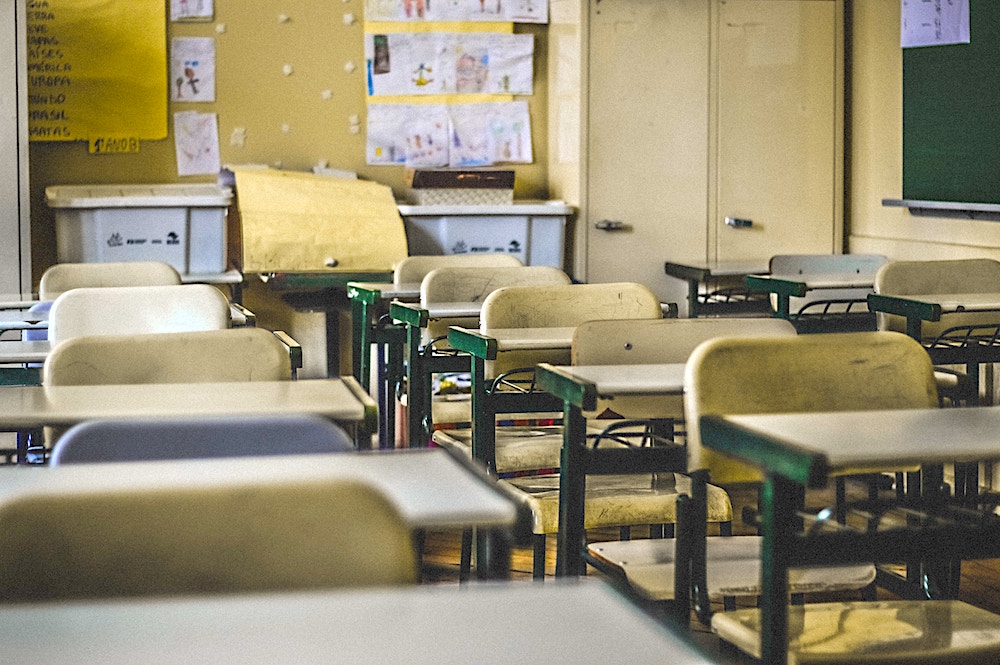 Last year the Piedmont Unified School District (PUSD) started off with nine major teacher vacancies at the start of the 2018-19 school year. This year there are only two, but the struggle to attract and retain teachers continues.

It’s a problem Bay Area public school districts have been grappling with for some time, thanks largely to the rising cost of living in the Bay Area and a teacher shortage that has its roots in budget cuts and layoffs from the early 2000s. In fact, teacher shortages — especially in science, mathematics, special education and world language — have been impacting the entire state for the past five years, according to a 2018 Learning Policy Institute report.

Conversations with Superintendent Randall Booker and School Trustee Megan Pillsbury this past week make clear that while the district is keenly aware of the issue and taking steps to mitigate what it can, community support will be essential to addressing the problem.

Earlier this year, PUSD announced that AP European History would be dropped from the 2019-20 curriculum due to lack of a replacement after the departure of Michael Sandberg. Sandberg was among several other teachers who left PUSD at the end of the 2018-19 school year. Booker blamed the high costs of living in the Bay Area as the main reason behind why PUSD has been losing teachers.

“We lost 22 teachers over the last two years specifically because of living issues,” said Booker. “It comes back down to compensation strategies.”

On Aug. 30, Booker penned a letter to PUSD families asking them to contact local state legislatures and demand ‘Full and Fair Funding’ which the Association of California School Administrators and the California School Boards Association are also supporting. “California-based funding is abysmal,” said Booker. “If it’s affecting an affluent school district like Piedmont, then we have a real problem across the state. I can’t just rely on the state getting its act together to fund public education.”

Both Booker and Pillsbury said taking interest and action in communicating these issues to state representatives is critical. “We are partnering with district administration, and classified and certificated staff, to urge our state assembly members to introduce and pass legislation to increase state school funding,” said Pillsbury.

“We have bolstered our presence with Assemblymember Buffy Wicks and Sen. Nancy Skinner to get the message out,” added Booker. “We need parents to do the same.”

This shortcoming in state funding is why the district now relies so heavily on fundraising by the Piedmont Education Foundation, community support groups and parent clubs to provide close to 9 percent of the school district budget. “If we want to maintain low class sizes, breadth of elective offerings and support services and attract and retain excellent teachers and staff, we will need to do more as a community,” Booker said.

Booker and School Board member Megan Pillsbury also pointed to the importance of public support for parcel taxes, specifically the upcoming November ballot Measures G and H. According to the Piedmont Education Foundation, parcel taxes provide a little over 25 percent of the district budget.

Measure G essentially renews the existing parcel tax and Measure H could allow for “across the board scheduling salary increases and additional steps for columns of professional development,” he said. (Reporting from earlier this year noted that even after 30 years, the community remains strongly in favor of parcel tax funding its school system, even among households with no children, and even with the prospect of an increased rate.)

In the meantime, PUSD isn’t waiting around for Sacramento to act. Booker told the Exedra he recently had a meeting with St. Mary’s College to discuss better ways to pipeline student teachers to PUSD. He also listed Cal State East Bay and UC Berkeley as other schools to draw potential candidates from.

“We need to get our District’s name out to those programs so students see us as an opportunity for placement,” explained Booker.  He also said that the District needs to be more clear in letting applicants know that one perk of teaching in Piedmont is that their children can attend Piedmont schools.

Retaining teachers and boosting morale is another challenge. Trustee Pillsbury knows a living wage is essential, but noted that a competitive salary alone is not the only way to boost morale and keep teachers in Piedmont.

“We keep our ears to the ground to hear creative ideas from concerned citizens about ways to support teachers financially, such as subsidized housing,” said Pillsbury, a former Wildwood and Havens teacher. “Our Giving Campaign also does an amazing job of supporting programs essential to maintaining our district’s high quality.”

She said teachers enter the profession knowing they will never become wealthy, but do so because of the belief that they can make a difference in a child’s life.

“Acknowledging the value of teachers’ work through the unwavering appreciation and support from our community, and the respect from and partnership with our administration to achieve district goals, are certainly intangibles that help retain our teachers and will attract new ones to Piedmont,” said Pillsbury.

One thought on “No silver bullet for Piedmont teacher shortage, retention challenges”