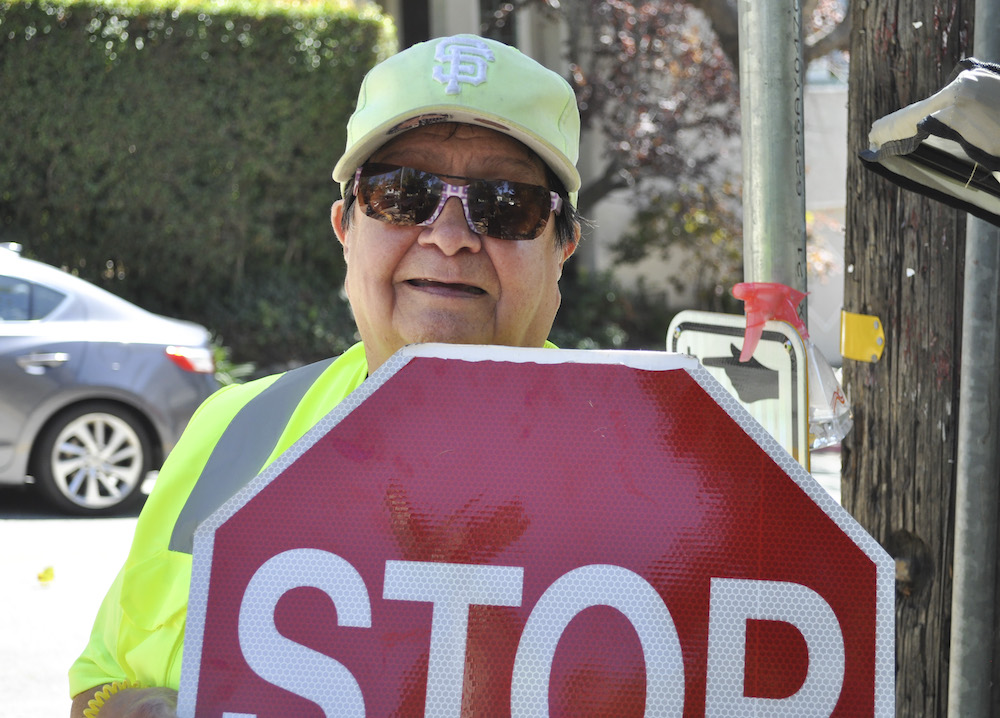 Situated around the heart of town, Piedmont’s crossing guards stick their necks out five days a week during the school year to keep Piedmont young’uns and families safe on the busiest intersections.

Last December, Highland and Craig Ave. crossing guard Anthony Campbell saved a young student’s life who was close to crossing the path of a speeding SUV. This past May, dozens of community members honored retiring Beach Elementary School crossing guard Arthur Ward. He protected lives – young, old and everyone in-between – for nine years in Piedmont.

The first week of school has gone by in a flash, but remember these faces who spend hours outside braving the elements, and the distracted and speeding drivers. The next time you see one of these crossing guards, bring them a sandwich from Mulberry’s or something good to sip on. Most importantly – don’t forget to thank them.

Who they are, where they’re stationed, what they’ve done and why they like the job