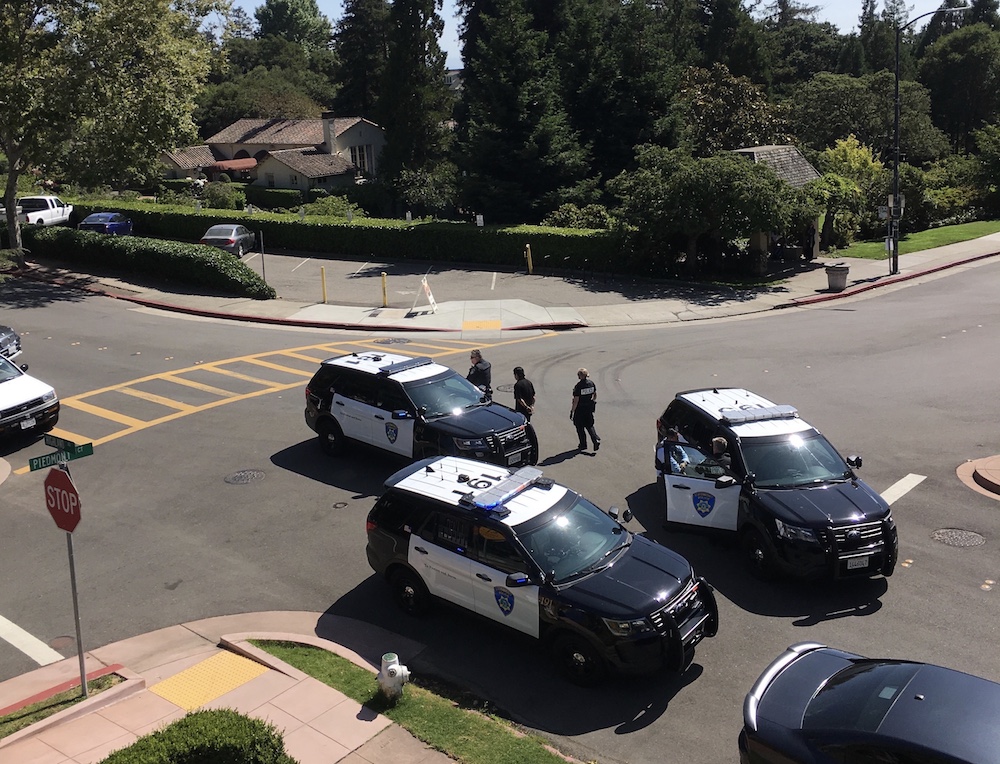 4 patrol cars converge on a white Nissan Pathfinder flagged by an ALPR camera on Windsor Ave. in 2019. The vehicle was wanted out of the Berkeley Police Department jurisdiction.

Around 3 pm a white Nissan Pathfinder triggered the ALPR camera on Windsor Ave. The vehicle was wanted by Berkeley PD. Police stopped the car on Highland Ave and arrested multiple individuals suspected of being involved in catalytic converter thefts. Piedmont Animal Services also arrived on the scene when, in addition to the suspects, a dog was found in the vehicle.