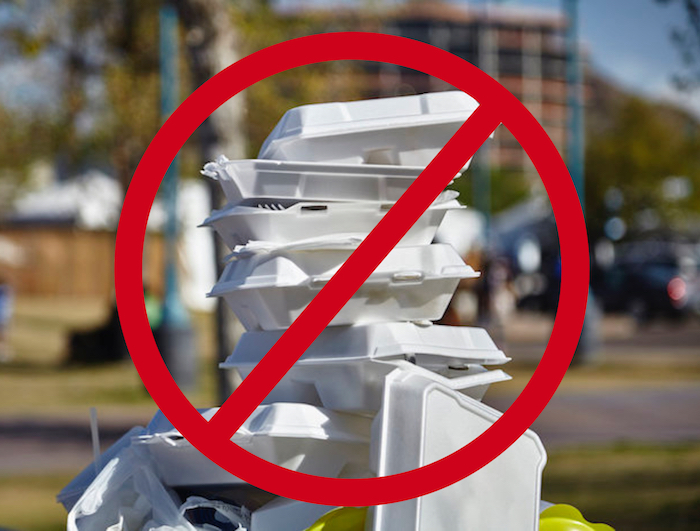 Jan 22, 2019
BERKELEY — The Berkeley City Council Tuesday night passed a disposable foodware and litter-reduction ordinance that backers say is the most ambitious municipal legislation in the U.S. aimed at reducing the use of single-use disposable foodware.

History. #Berkeley passes the most ambitious groundbreaking policy to reduce throw-away foodware in the nation.

The ordinance’s lead author City Councilmember Sophie Hahn said in a statement, “Single-use disposable foodware is a local and global problem, one with enormous financial and environmental costs.”

Supporters say the ordinance is backed by a coalition of more than 1,400 local, national, and international organizations participating in the global Break Free From Plastic Movement, including UpStream, The Story of Stuff Project, the Global Alliance for Incinerator Alternatives, the Plastic Pollution Coalition and the Surfrider Foundation.

Martin Bourque, the executive director of Berkeley’s Ecology Center, a nonprofit that has collected Berkeley’s recycling since 1973, said in a statement, “Most of the single-use plastic foodware has no value in today’s recycling markets. With China’s ban on importing plastic scrap, cities are actually paying to get rid of it.” (See related: Recycling in town gets confusing as standards enforced by China toughen) Bourque said, “We cannot recycle our way out of the disposable foodware problem. We have to focus on reduction.”

Upstream Policy Director Miriam Gordon said, “Our throw-away culture is leading to a proliferation of plastics in our food, air, and drinking water, which threatens human health and all ocean life. Disposable food packaging is the biggest contributor to the problem.” Gordon said, “Globally, we’ve seen that charging consumers for plastic bags is the most effective way to shift people from disposables to reusables. The disposable-free dining ordinance builds on that strategy.”