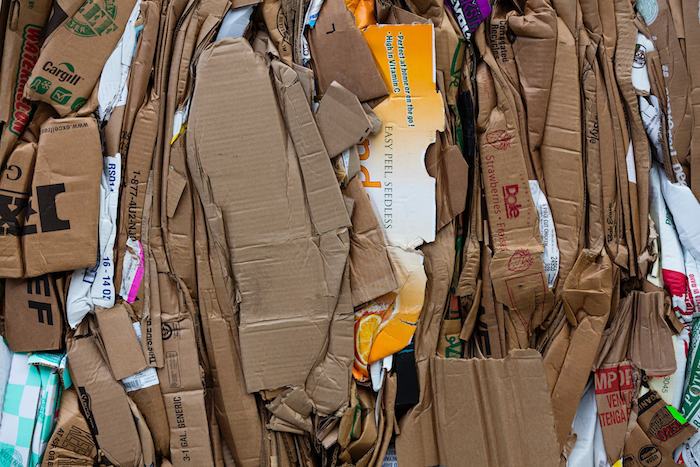 PIEDMONT, December 31 — Curbside recycling is undergoing major changes as the result of new restrictions, but if you haven’t heard about them, you’re not alone.

Announcement of the more stringent standards hasn’t made headlines, and the information that has been circulating has been confusing at times in a shifting situation.

Even Piedmont, which boasts some of the cleanest recycling bin content in the East Bay, falls short of stringent content standards now being enforced by China.

“Piedmont by far, in the entire North Bay, has one of the highest diversion rates and low contamination” estimated at under 10 percent, says Shawn Moberg, regional general manager of Republic Services, which has the city’s garbage and recycling collection contract.

Other areas served by Republic have contamination of 30 percent or higher, but the new standards call for almost pristine material, limiting contamination to just .5 percent.

“From an industry standpoint we are in uncharted areas. We’ve never experienced anything like this. Because of the China situation, material is selling at the lowest possible price.”

Before the change, China processed about 85 percent of the mixed paper (cereal boxes, junk mail and the like) collected in California and accepted it regardless of condition. That worked well with California’s move to all-in-one collection bins that combined paper, glass and tin in a single container. But mixing paper and food containers results in contamination if not handled properly.

The collection containers were a major step toward goals to divert the amount of material sent to the state’s landfills. Customers were encouraged to err on the side of more being better when it came to recycling, with material sorted by collectors before it was shipped overseas. Paper material contaminated by unclean food containers put in the same bin was the problem of the processor.

…in part due to what the market is for the recycled materials, which seems in conflict with the desire to have residents divert as much as possible from trash,” “Some cities have changed their push for this and Berkeley advises ‘when in doubt [as to whether it is really recyclable], throw it out.’”

Longtime Piedmont resident Annis Kukulan, who has studied the situation and is working to inform others (below is a list of recycling DOs and DON’Ts she created).

The 17th annual 5K Turkey Trot on Thanksgiving day is an example.

“Race organizers and city staff strived for zero waste by making sure that water bottles and cardboard boxes got recycled, banana peels and coffee cups got composted, and only a few wrappers had to go into the trash,” event officials announced.

In all, “548 gallons of material generated at the race were recycled or composted and only 24 gallons of waste were sent to the landfill. The Turkey Trot crossed the finish line with a 96 percent recycling rate, a big win for Piedmont”

The new recycling requirements have yet to make much of a ripple in Piedmont. “I haven’t heard as much concern about recycling as I heard six months ago,” said Chris Yeager, who oversees the collection program as an associate planner for the city. “For Piedmont, everything that is going into the bin is being recycled.”

The new National Sword policy, enacted in March of 2017, “is the unequivocal signal that China no longer wants” mixed paper, according to a report released this year by the California Refuse Recycling Council, a 65-year-old lobbying group of independent collectors in the state.

“Waste recycling as we know it is now threatened as never before.”

The collapse of the mixed paper market, once a source of revenue that helped offset the cost of recycling programs, is coupled with a similar situation for plastic materials. “Plastics is a challenge,” Moberg said. “The market is at rock bottom for the cost to bale and sort. Marin Sanitary has bales and bales it can’t sell. About the only value is (corrugated) cardboard.”

The collapse of the market for mixed paper and plastic comes as collection firms are facing the next mandate under AB939, the state’s sweeping 30-year-old recycling legislation, of 75 percent diversion of material from the landfill by 2020.

And that is bringing a new burden on residential and commercial recycling customers, who are being asked not only to have clean and dry material ready at the curb each week, but to be sure what is put in the bin is acceptable.

“Calling it a crisis might be going too far,” said Mosberg, noting that larger firms such as Republic Services have their own facilities to handle material and have been able to weather the changes so far. Smaller recycling collection firms, which depend on income from the sale of material, are already suffering, he said.

Mark Figone, who represents East Bay Sanitary Co. of El Cerrito on the California Refuse and Recycling Council, agrees. But the association, which represents many smaller firms, sees the situation as more dire.

“The recycling market has collapsed. It is a crisis.”

Along with lost income, companies incur costs to store material that no longer has a market. There are other concerns as well.  “Bales are stacking up,” Figone said. “Processors have nowhere to put them. Stacks are a fire hazard and a vector hazard. It becomes a health and safety issue. Volumes are potentially going to take a huge hit.”

And at some point those costs will reach customers.

On top of those challenges is the fact that many items put in the recycling bin are garbage to begin with.

“The blue carts are being used for garbage,” Mosberg said, noting that garbage and contamination account for 30 percent or more of what’s collected in some parts of Republic’s service area in West Contra Costa.

Sorters are also finding unaccepted items such as clothing and electronics, which all have to be disposed of at greater cost than if they had been properly handled.

Mosberg said Republic has been updating customers on the situation. “The past four months we’ve been sending inserts on recycling and the level of contaminated material,” he said. “We’re trying to provide information any way we can. Obviously, it’s a tall task.”

There are other steps that can be taken for the long-term.

“We’ve got to start on the manufacturing side, as well” by reducing the use of unrecyclable material in packaging. “We’ve been so dependent on shipping stuff overseas, now we have to walk it back.”

There is also the possibility of reestablishing in California processing facilities to reduce overseas dependence. “Had other markets been developed as part of AB939, or in the 30 years since its enactment, China’s decision would have been a mere inconvenience, but not much more,” the CRRC contends in its report. “Instead, the law has mostly assumed that adequate markets for recovered materials would always be around.”

“Things need to change in the garbage industry. We don’t know if China is going to change its policy. We need to find new overseas markets. We also need to develop processing here, but nobody wants to take it on. It’s 10 years out at best.”

Recycling volume “is going to take a big hit” in the meantime, he said.

“We can do it. Companies are ready to leverage funding and get it done, but we’ve got to pass the message to the public,” Figone said. “The industry stands ready to get creative in partnership with jurisdictions, but with the understanding that the cost of garbage will be going up.”

Mosberg emphasized that the first step is with the public.

“The most important thing is we need to be more responsible about the items we are putting the the cart,” he said. “We’ve got to go back to the curb and hold people accountable. We need to enlighten them and keep educating them.

“We encourage customers to call us or go to our website if they have questions.”

One thought on “Recycling in town gets confusing as standards, enforced by China, toughen”