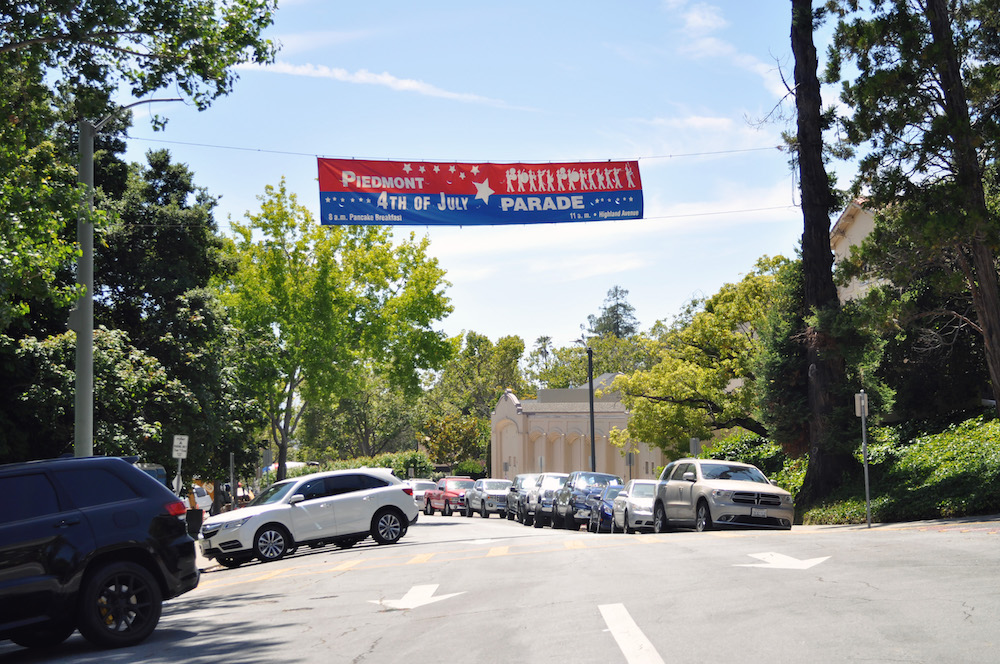 A banner advertising the July Fourth parade is suspended across Magnolia Avenue in 2019.

One consequence of the renewed focus on the dangers of falling trees and light poles in recent weeks, is that the city has decided to put a hold on allowing more large-scale banners to be hung high at the intersection of Magnolia and Highland Avenues, a high-visibility space often used by local civic groups to advertise events around town. The reason, the city says, is that the banners were being suspended from a dying tree and a street light pole, neither of which is designed for hanging a banner.

Echa Schneider, the city’s new communications program manager, says crews have typically had to place weights on banners to keep them in place. However, the weights have periodically broken off and damaged vehicles. “We have funding to replace the banner poles and will resume hanging banners as soon as the new poles are in place,” she said on Tuesday.