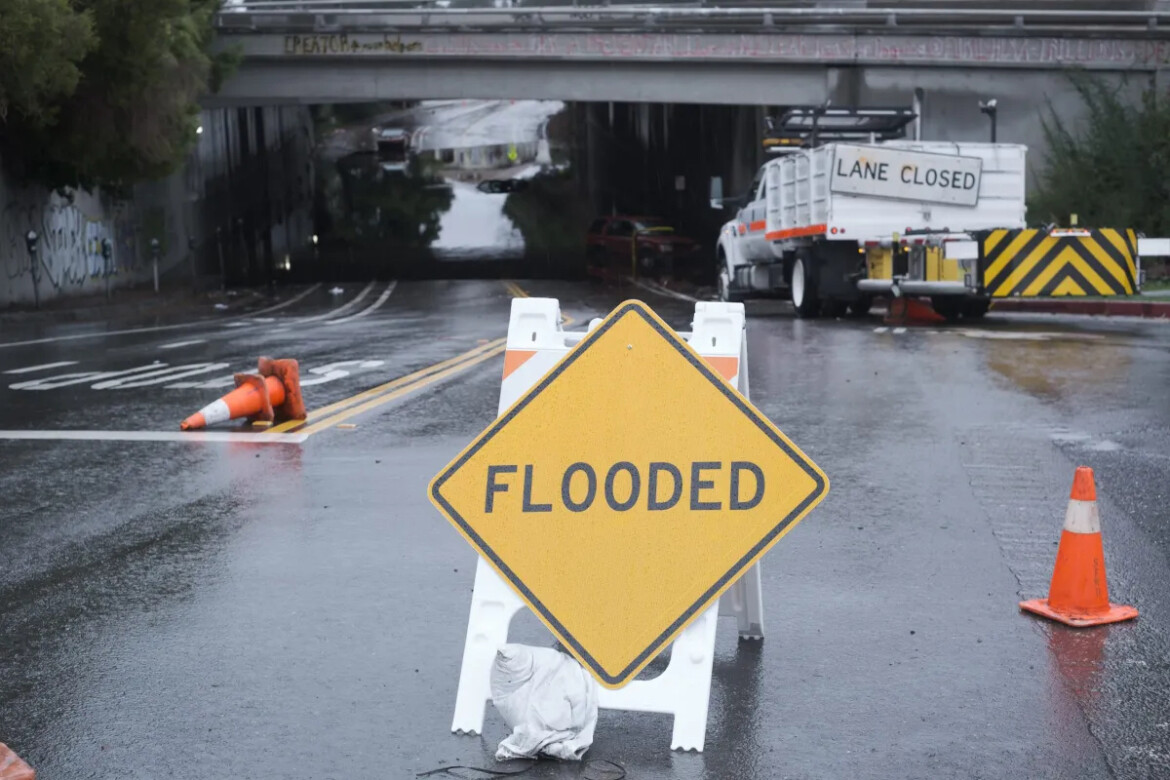 The parade of winter storms may be coming to an end soon, state water officials said on Monday.

After Wednesday’s forecasted storm — the ninth in three weeks — the weather pattern will be transitioning to drier conditions, said Dr. Michael Anderson, state climatologist of the Department of Water Resources.

This is because of higher atmospheric pressure, colder temperatures and lower storm elevations, he said, which will likely bring about dry weather for the rest of the month.

“High pressure really limits the amount of moisture transported into the state, [which is] very different from what we’ve seen over the past three weeks,” Anderson said at a news conference.

Jeremy Arrich of DWR’s flood management department said that river levels have receded in most areas of the state, though there are a few areas that may face rising levels and localized flooding later this week.

Arrich said that the full California Flood Operations Center will continue to monitor flood watches in effect in the Bay Area and assist when needed.

In the past two weeks, the operations center has already deployed experts to resolve over 50 storm-related incidents like levee erosions or breaks, seepage, sloughing and sinkholes in 17 counties.

“In terms of flood system performance overall, we do expect to see a number of localized flooding incidents that we’ve seen over the past couple of weeks to occur across the state during such a prolonged rain event with such intense rainfall and sustained high water — incidents of levee sloughing, steeping sinkholes, minor erosion,” Arrich said.

Though the end is in sight, it is still important for residents to listen closely to local law enforcement and emergency departments, he said.

“Local flood managers across the state still have some work to do as water recedes,” Arrich said.

In the East Bay, DWR will continue to prompt flood control releases from Alameda County’s Lake Del Valle, as required by the U.S. Army of Engineers.

Last week DWR warned Pleasanton residents to avoid creeks and arroyos near the lake, as there may be rapid changes in water levels.

“Based upon the current conditions and the dry and cold forecasts, we do have ample storage to still be able to conserve and gain storage over the next couple of weeks,” said White.