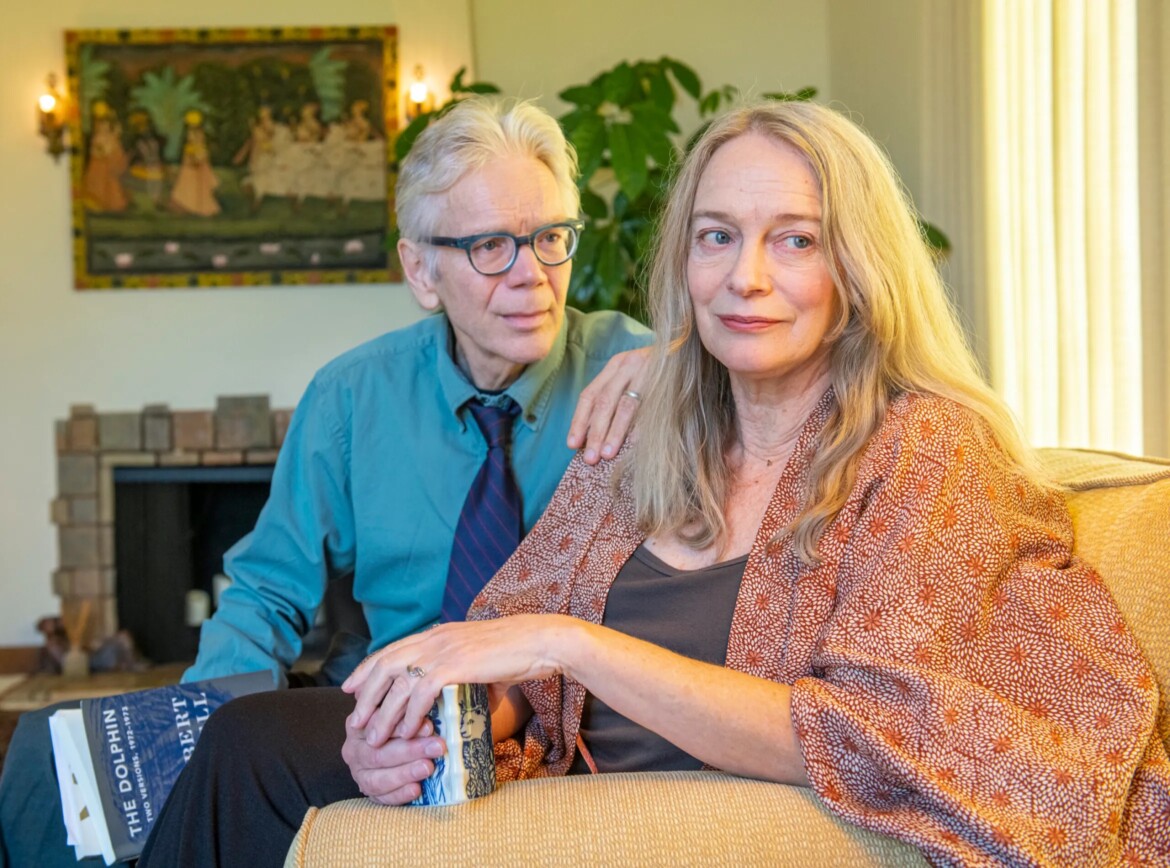 Among the 20 or so biodramas by San Francisco playwright Lynne Kaufman are two new one-acts: “You Must Change Your Life,” based on Austrian poet Rainer Maria Rilke’s “Letters to a Young Poet,” published in 1929, and “Divine Madness,” in which American poet Robert Lowell returns to an old love, the writer Elizabeth Hardwick, whom he’d married and then left for another woman years earlier.

The plays, both two-handers, premiere this week at The Marsh in San Francisco, a theater heralded since 1989 as a “breeding ground for new performance.”

On a single bill under the umbrella title “Poetic Justice,” they are connected thematically by the characters’ lifelong devotion to the power of words and feature excellent longtime local actors Charles Shaw Robinson and Julia McNeal. Lauren English, artistic associate at San Francisco Playhouse, directs.

Although Kaufman has written plays about such influential cultural figures as psychedelic-era guru Ram Dass (aka Richard Alpert) and anthropologist Margaret Mead, she is clearly most drawn to writers.

“Why do we write, and why is poetry so important to so many of us?” she muses on the phone from her home. “Poetry isn’t absolutely essential but people die every day from what’s missing that poetry provides. … One person reaching out, saying ‘This is what it’s like to be human, to have your heart broken, to fall in love.’”

She wrote “Divine Madness” first. In it, Lowell (1917-1977) who was manic-depressive (suffering from polar disorder) and Hardwick rehash their past and weigh the possibility of renewing their relationship—the one he destroyed not only by leaving her but then by publishing “The Dolphin,” a volume of poetry in which he unilaterally incorporated bits of some of her letters to him, shocking the literary community. To add insult to injury, he received the Pulitzer Prize for it in 1974.

Kaufman says she became so immersed in the ambiguous relationship between the two literary figures that she ended up expanding it into a novel before shaping it into a one-act. Ultimately, by the eighth or ninth draft of the script, she knew she’d said what she wanted to say.

Then she turned to Rilke, where personal letters also are a motif: The renowned poet wrote back, over time, to a young cadet in the Austro-Hungarian army, Franz Kappus, who had asked for feedback on his poetry, wondering whether he ought to pursue writing as a career. After Rilke’s death, Kappus published those letters.

“Rilke’s letters were very important in my creative life, my young life in particular,” says Kaufman, “particularly after getting some criticism and a couple of bad reviews—it happens to everybody and is devastating, particularly when you’re young.”

In the play, Rilke writes to the young man, “Nothing is as useless to creative work as criticism. It must be treated with love or not at all,” and, “No one can advise and help you. No one. There is only one way. Go within. Go into yourself and search for the reason that bids you write. Ask yourself whether you would have to die if forbidden to write.”

Kaufman says, “Certainly a major part of me would die. That need to find what you want to say, to share it …”

Kaufman published four novels and wrote short stories for women’s magazines—Redbook, Cosmopolitan and the like—before venturing into drama. As it happened, she attended a conference on innovative Swiss psychiatrist Carl Jung, who was married with children when he fell in love with one of his patients. Of his wife and mistress, he said, “Emma is the foundation of my house and Toni is the fragrance.” That comment provoked Kaufman. “I thought, ‘Oh, you scoundrel, you want to have them both,’ and I thought, ‘This is a situation that’s relevant in life.’ When you get married, what about your attraction to other people? This is a situation I want to investigate. The story is there and I can infuse it with my own questions and feelings. I think a lot of my plays are this place to work it out.” The result was “The Couch,” about the very personal rift between Jung and Freud, the first of a series of intimate plays about, as she says, “human connection and misconnection.” It was an award-winner at the Magic Theatre in 1985.

As for Lowell and Hardwick, Kaufman, says, “He betrayed her in life and in literature. How did they manage to reconcile? That’s always of interest to me.”

In the play, Hardwick, at 33, wonders about her past life with Lowell as she awaits his arrival: “Was I a masochist?  An enabler? A saint?”

For the two writers in her play, the power of language, of poetry, binds them together. For Kaufman, writing about the ways real people connect, disconnect, reconnect—imagining how they arrive at life decisions–is deeply personal: “I can use an incident in their lives that illuminates or at least deals with what in my life I want to look at,” although, she adds, “It’s not really that premeditated. I don’t often see it until I’m watching the play.”

Are there other historical characters speaking to her now? “I’m searching for the next ones,” says Kaufman. “It’s an exciting and scary time when I don’t know yet. I’m trusting it will come.”