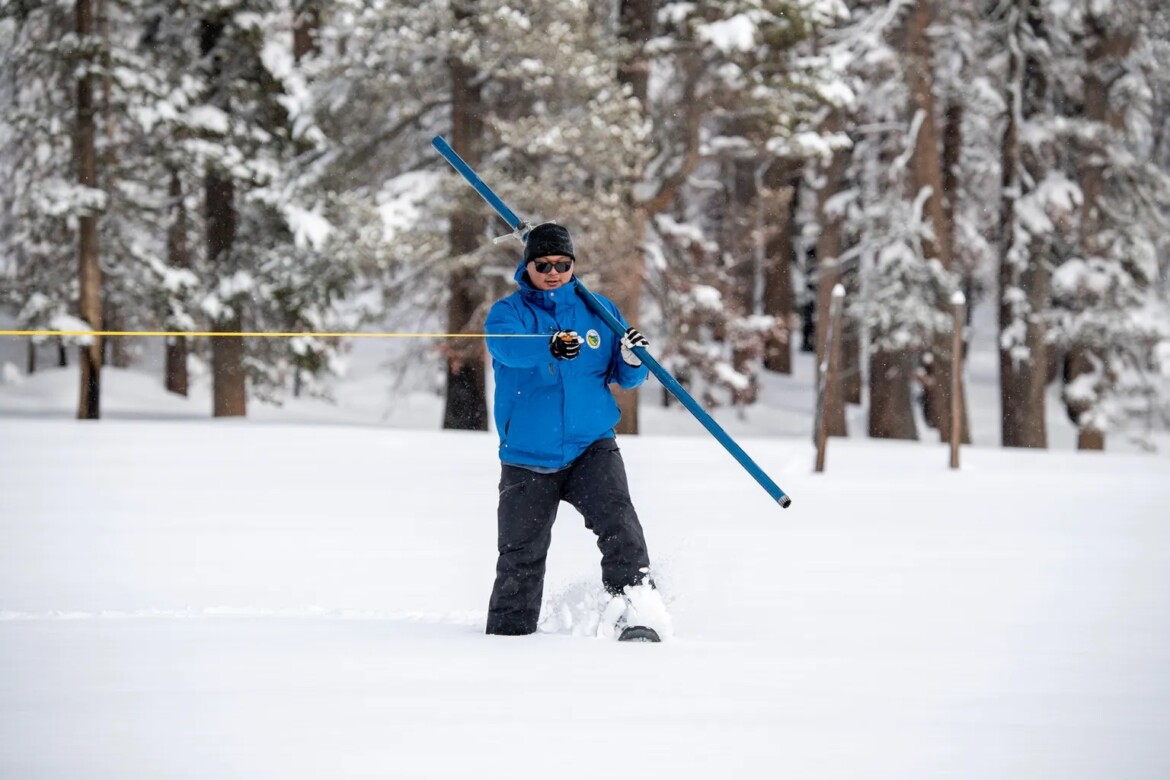 A dozen days of wet and wild weather haven’t ended the drought, and won’t cure the driest period in the West in the past 1,200 years.

Meanwhile, the Pacific Ocean continued to whip up more atmospheric rivers and “bomb cyclones,” and one after another, these intense storms pummeled California. Abruptly, a state emerging from the dust of three painfully dry years was inundated with more water than it knew what to do with.

But the wet and wild weather over the past dozen days won’t end the drought, at least not yet, and it won’t undo the driest period in the West in the past 1,200 years.

About 71% of California was experiencing “severe” drought on Wednesday, dropping to 46% today, according to the National Integrated Drought Information System. That designation is based on a long list of complex metrics, including soil moisture, water shortages, levels of streams and lakes, snow cover and runoff. The storms also come at a time when scientists are predicting a long-term shift toward a warmer, drier climate.

With at least two more storms approaching California over the next week, we look at what all this means for drought conditions and water supply.

Sorry, the drought isn’t over

In some places, it might feel like the drought is history. Take San Francisco. Its water supply — Hetch Hetchy Reservoir, in the Sierra Nevada — is 80% full, the ground is saturated and near-record rainfall has occurred in recent days.

“Drought is in the eye of the beholder,” said Jeffrey Mount, senior fellow at the Public Policy Institute of California. “If you’re in San Francisco, and you rely on surface storage from Hetch Hetchy, this is great … But if you’re in a small town in the San Joaquin Valley, where massive pumping of groundwater has dried out your well, it will take successive years of rain like this to make a difference.”

The San Joaquin Valley’s groundwater basins, where thousands of wells have run dry, are just one example of drought impacts that can take years to reverse. California’s aquatic ecosystems are another. Drought has harmed a variety of fish species, and it will take years for them to rebound. Some, like Delta smelt and winter-run Chinook salmon, are endangered and, faced with an array of human-induced stressors, probably never will recover.

Determining when a drought begins and ends is tricky. While many experts refer to California’s 2013-2016 drought, as though it had a clear beginning and an end, others, like Mount, feel that particular drought hasn’t yet ended — the current drought is just an extension of it.

After all, most years in the past 15 have produced an underwhelming amount of rainfall. Since the big water year of 2006, only three — 2011, 2017 and 2019 — have been notably wet. Many climate experts believe California’s predominant weather pattern in the future will be one of steady drought conditions broken periodically by very wet interludes.

“This might well be just another case of a wet year followed by a string of dry ones,” Mount said.

Water is rapidly flowing into the state’s reservoirs.

Lake Oroville — the largest reservoir of the State Water Project, with a capacity of 3.5 million acre feet — was 28% full in early December and now is just shy of 50%. That’s an increase of 700,000 acre-feet, and experts predict it could rise by almost 500,000 more before February. (Each acre-foot is enough to support two or three families for a year.) Still, Oroville and most of the state’s other major reservoirs remain mostly empty.

While a single very rainy season could refill even the largest of California’s reservoirs, the same cannot be said of the Colorado River’s huge reservoirs. Lake Mead and Lake Powell, which hold 50 million acre-feet combined, have been declining for decades. Seven states and 40 million people — almost half of them in California — draw from these reservoirs, and even several wet winters in a row will not come close to refilling them.

Among the many problems with this onslaught is that so much rain has fallen in such a short time. This doesn’t just damage structures and harm people; it also makes it challenging to store the water. In any rain event, much of the water will fall downstream of any dam, making it difficult or impossible to capture.

But even the torrents of water entering the reservoir system cannot necessarily all be retained in storage. That’s because allowing reservoirs to fill so early in the year would create flood risks later in the winter.

To avoid this, the outflow gates in some dams are being opened wider to let water out faster and prevent overflow.

This strategy is especially necessary at smaller reservoirs, like Folsom Lake. Outflow through the dam was running somewhere in the ballpark of 1,000 cubic feet per second in early December, said Michael Anderson, a climatologist with the Department of Water Resources. Recently, he said, state reservoir operators were releasing roughly 30,000 cubic feet per second from the dam. Most of this water eventually flows to the ocean. It may seem like water wasted, but it also could mean a city saved.

Not quite record rainfall

In Beverly Hills, the recent storms have delivered 11 inches of rain, bringing the Los Angeles County city to about 16 inches for the season. The Sacramento International Airport has received 7 inches of rain since Dec. 27 and as of Jan. 10 was at about 208% of normal for this date. Locations near Santa Barbara recently recorded up to 15 inches in a day, according to Anderson. In San Diego County, 4.5 inches have fallen since the end of December. And in the Russian River watershed — at a particularly rainy mountaintop weather station called Venado — 23 inches of rain fell between Dec. 27 and Jan. 11.

Regrettably, this rainfall has done little to help water supplies, for most of it has flowed into storm drains and either right into the ocean or into rivers that lead to it.

The recent storms have highlighted the need to design and build stormwater systems capable of capturing runoff for landscape irrigation or even treated and used as drinking water. Such systems are expensive and take years to build. Santa Monica is one city that already captures urban runoff and treats it.

Even sinking urban runoff into the ground via rain gardens and bioswales is a better option than letting it escape to sea. Unfortunately, much existing infrastructure, like concrete flood control channels, is designed to usher stormwater quickly off the landscape.

The storms of late December and January have dramatically buffed up California’s snowpack in the Sierra Nevada. It’s now at more than 200% of average for this date, and slightly more than 100% of the amount that usually falls during the entire winter season.

In the last few days, freezing elevations have been quite low – about 5,000 feet. “Which means we’re accumulating a lot more snow,” Anderson said. He added that “automated sensors are registering what they would consider a full season’s snowpack, about what we would expect on April 1.”

That’s great news for much of California. This snowpack is an important natural storage system because when it melts, it feeds the State Water Project, which provides water to 27 million people and 750,000 acres of farmland. It fills reservoirs and keeps rivers icy cold – conditions required by spawning salmon. But climate change is disrupting this cycle. Snowpack averages have been declining at an alarming rate in recent years, either melting early in the season or not falling at all, and research suggests a future of frequent “low-to-no-snow” years.

Skiers are overjoyed. According to the Mammoth Mountain ski resort, “the latest storm delivered 6 to 7.5 feet of snow in the last few days. Mammoth season total snowfall is 328” at Main Lodge and 441” at the summit — the most snow in the country!” Tahoe’s Northstar Resort has received 69 inches in the last week, with a base depth of 128 inches and a season total of 280 inches.

But snow is a fickle resource, and Anderson cautioned that, with a shift toward warmer weather — or, worse, high-altitude rainfall — this powdery blessing could soon melt away. That, he said, would create “flood management concerns as that snow melts, especially if it melts too quickly.”